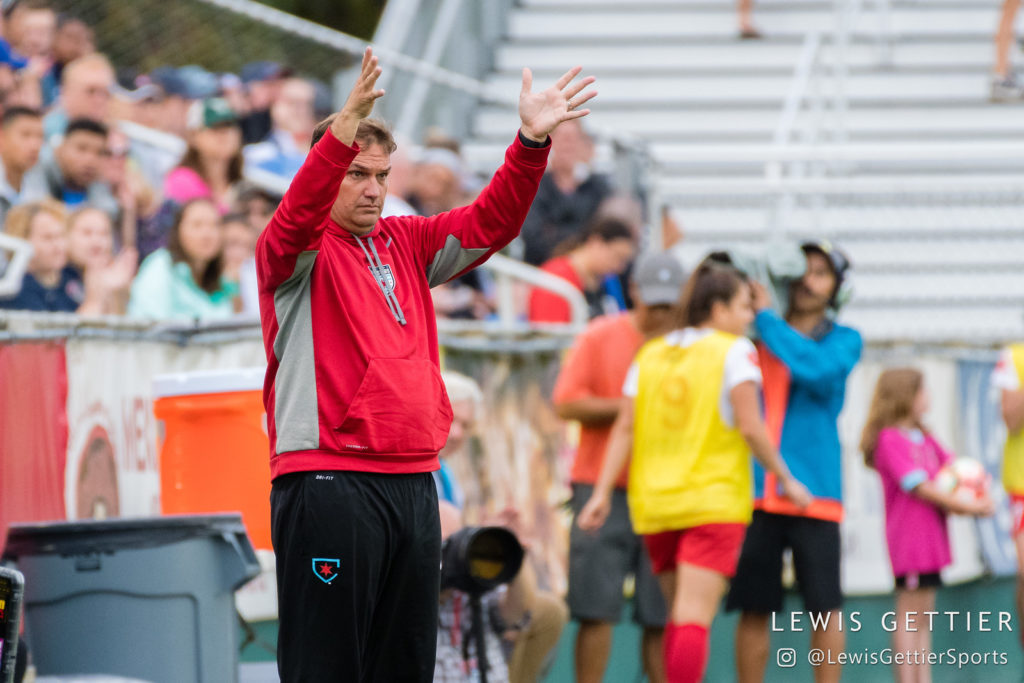 The National Women’s Soccer League announced on Monday at the Chicago Red Stars will host Sky Blue FC on Tuesday, September 4. It is the rescheduling of their match from last Saturday, July 28 that was postponed after Sky Blue’s flight out of New Jersey was cancelled and they were unable to find suitable alternatives to get them to Chicago on time.

The rescheduling will be the same day as the United States national team friendly against Chile. The NWSL match in Chicago will kick off at 7:30 p.m. EDT (6:30 p.m. local) with the US-Chile match set for 10:00 p.m. EDT (7:00 p.m. local) in San Jose. That means fans at home should be able to watch both without any overlap. The absence of U.S. players for the match should be a wash as they were not going to be there last weekend. But Canada players the day before meaning Sky Blue could be without Janine Beckie and Kailen Sheridan, and the Red Stars figure to have MVP Sam Kerr who was not available on the original date.

The match will interrupt a late run of away matches for the Red Stars. Their next match, August 10 against the North Carolina Courage, was to be their last at Toyota Park followed by trips to Seattle, Portland, Orlando, and Utah. Instead the Sky Blue match will be the home finale with the Utah trip wrapping the regular season on September 8.

Spain repeated as European champions on the U-19 level with a 1-0 victory over Germany on Monday. Maria Llompart scored on a direct free kick with about 10 minutes to play to lift the Spanish. It was Llompart’s first goal at the U-19 level.

Spain joined their final opponent Germany, who turned the trick in 2006 and 2007, as the only sides to repeat in the annual tournament. Spain are also the first country to win the U-17 and U-19 Euros in the same year since the U-17 event began in 2018.

Lianne Sanderson has scored on Juventus debut. It was only a preseason friendly, but it was also Sanderson’s first match of any kind since the summer of 2016. She was with the Western New York Flash then and tore her ACL during a friendly against Thailand.

There are no words that can express the feeling of winning today and scoring on my debut after being out for 2 years. I am truly grateful to my team mates @juventusfcen @JuventusFCWomen for believing in me. To those that said I would never play again this ones for you⚪️⚫️?? pic.twitter.com/fb7zc53TJe

USWNT notebook: Ellis on evaluating subsets, Naeher the No. 1, and Dunn at left back
Andreas Heraf steps down as New Zealand coach amid player revolt