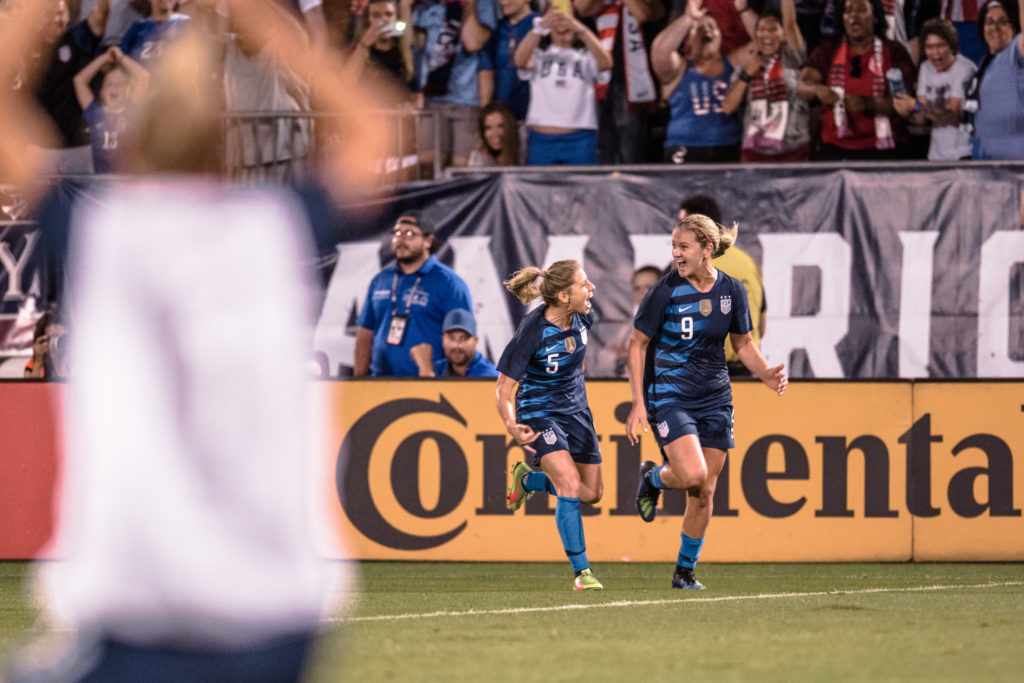 PODCAST: Richard and John break down the 2018 Tournament of Nations at the 2/3s mark

It was just a really good performance. I think we had the better of the game in almost every phase. I think for Lindsey Horan that’s the best performance I have ever seen in a national team jersey. Our front three played well. There were so many good things. We talk a lot about total team performance. That’s what it felt like tonight. From front to back, they were on point in their defending shape and execution. I thought our ball rotation, movement, and possession were really good. I think it’s the will to get it done, it’s just part of our mentality. What tonight felt like for me was a little bit of a return on the investment that we’ve been working on in our team. It just seemed to come together. Sometimes you can get fixated on scoreline, but for me the performance was the greatest reward tonight.

The Equalizer Podcast, Episode 20: At the ToN two-thirds pole
A world in transition is one of opportunity for the USWNT