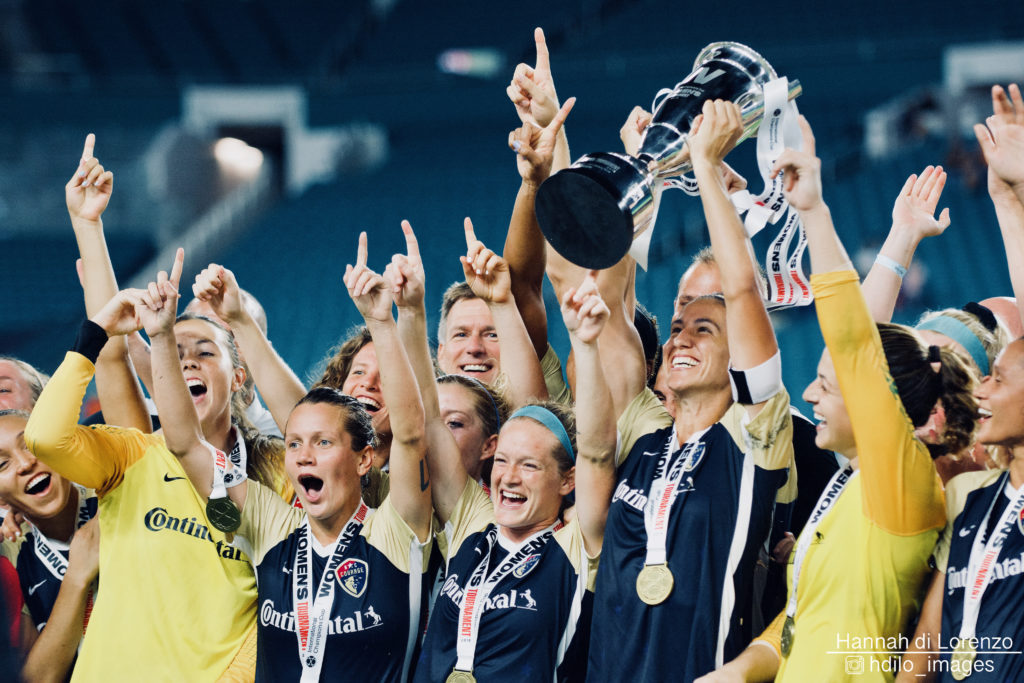 Heather O’Reilly scored a first-half goal and the North Carolina Courage got a sterling performance from Sabrina D’Angelo — and some intervention from the woodwork — to slay the European champions 1-0 and win the inaugural women’s event at the International Champions Cup.

The Courage were missing several starters to the Tournament of Nations while Olympique Lyonnais sent a mostly full lineup at the NWSL Shield holders.

O’Reilly scored in the 10th minute after Lynn Williams found space down the left flank and sent a cross to her open teammate. O’Reilly’s shot looked like it would be saved by goalkeeper Lisa Weiß but she failed to hold it and it squirted by her for the only goal of the evening at Hard Rock Stadium in Miami.

2-1 the final score – here are the second half highlights! pic.twitter.com/PIRQrgiDTU