2010 WPS All-Star Game pick-’em format: An event ahead of its time 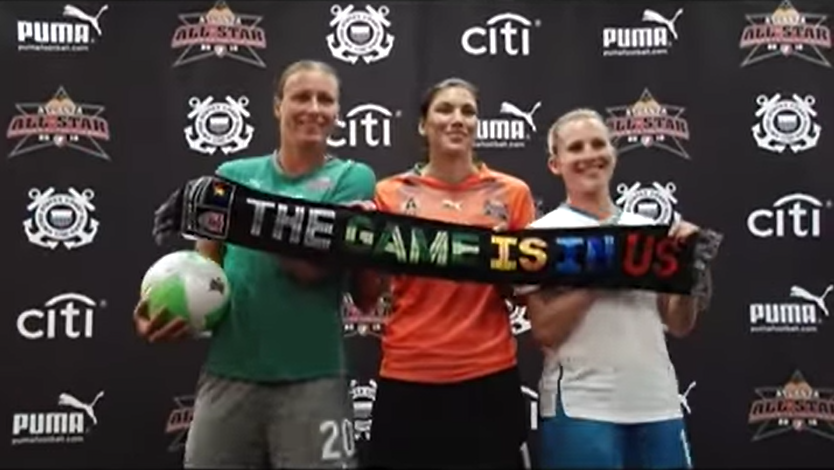 Playground pick ‘em-style all-star games have been all the rage in professional sports recently, with the WNBA implementing the format for the first time this Saturday in Minnesota.

Two captains – in this case, Elena Delle Donne and Candace Parker – select teams from the group of players voted as all-stars, which means teammates can face teammates in the showcase game, and there’s room for a little ‘you-picked-who-first?’ drama. The NBA went to this format earlier this year after players and executives alike had enough of dull, defense-less all-star games. LeBron James and Stephen Curry picked those teams, and while there was still very little defense to be had, the format injected life into the game.

The NFL Pro Bowl used the format for three years, too, before returning to the old conference-based alignment in 2017. That excitement of something new apparently only lasts so long for a meaningless game.

The NHL is largely credited with being the first to try out the format, turning to it in 2011, 2012 and 2015 (a lockout and an Olympics causing the gaps), but, in a rare feat for women’s soccer, it was Women’s Professional Soccer (2009-11) that was actually first to implement the idea.

For as much as the story of Women’s Professional Soccer became its infamous demise after the 2011 World Cup, WPS was ahead of its time in some of its approaches to digital – including a relatively large number of followers in the early days of Twitter – and engagement.

The 2010 WPS All-Star Game in Kennesaw, Georgia, will stand as one of the finer moments in the three-season history of the league. It was WPS that implemented the pick-‘em format in 2010, with superstars Abby Wambach and Marta selecting their teams from a group of 20 other starters chosen by a fan/media/coaches/players vote and 14 more selected by all-star coaches and commissioner Tonya Antonucci. The format, per the game media guide, was to pay “homage to the traditional pick-up nature of soccer.”

Rob Penner, who was director of communications for WPS at the time, tells The Equalizer now that WPS was always looking for unique ways to catch the attention of media and create a news cycle, while still keeping them sensible competitively and logistically. The innovative format for the midseason event – a change from the postseason game in 2009 – actually started as a fan suggestion online, and it gave the league some buzz. Players, however, needed a little convincing.

“In the case of the 2010 All-Star Game being two teams drafted by stars/coaches, we wanted to run the idea by the players, like most of the big ideas we had in the league,” Penner said. “We actually got some pushback from players – in particular the idea that a few of these terrific all-star players would be the ‘last’ ones picked. The old playground ‘last one to be picked’ problem.”

Traces of that hesitation were evident at the player draft in downtown Atlanta, where the captains and their coaches – Paul Riley and Albertin Montoya – worked out something of a handshake on how the drafting of players would play out. It was a disappointing anticlimax for the fans and media in attendance, but the game itself proved entertaining.

The venue was also ahead of its time: Kennesaw State University Soccer Stadium was, when it opened in 2010, touted as the first-ever stadium built specifically for an American women’s professional soccer team. The 8,300-seat, $16.5 million stadium was also a gem ahead of its time, only hosting the Atlanta Beat for two seasons. It is now called Fifth Third Bank Stadium, with the school’s relatively new football team as the primary tenant. 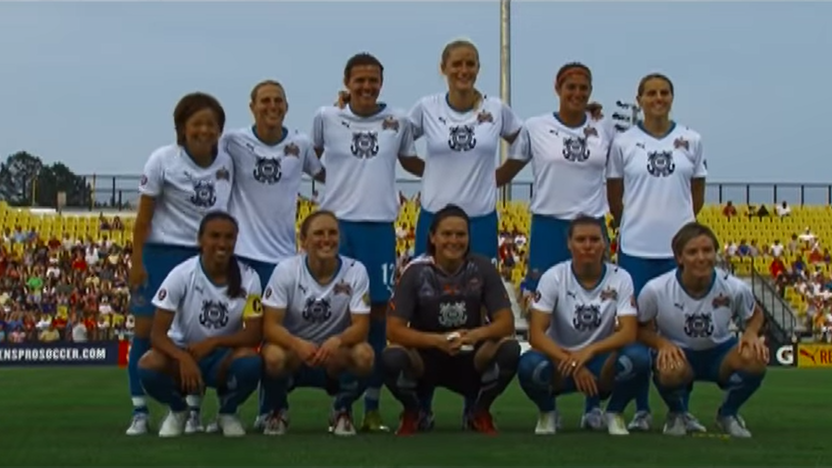 Whether or not the NHL was watching is impossible to say, but WPS officials took pride in the fact the risk they took paid off.

“The fact that many other leagues followed suit and had similar variations on this draft format validated what we believed: it could be a useful PR tool for an otherwise meaningless game,” Penner says. 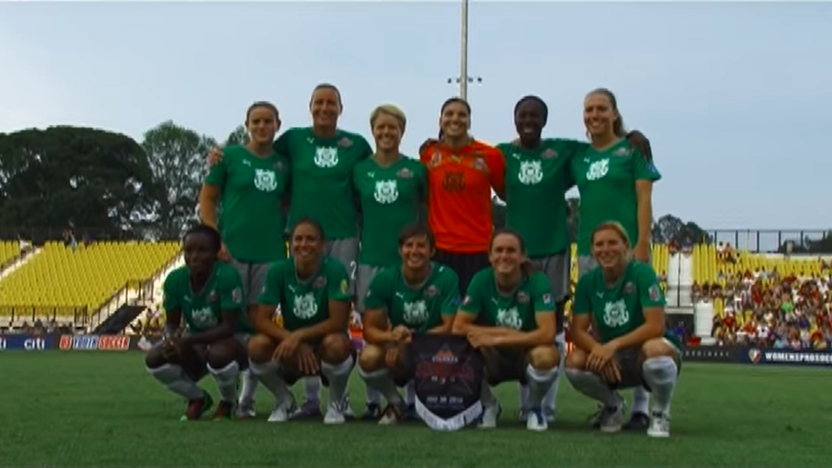 WPS pushed the envelope in other ways, implementing a creative even if controversial playoff format that saw the top-seeded team advance straight to a final, which it hosted. WPS also had a TV contract with Fox Soccer, and the weekly broadcast featured something called “Tweet on Twenty.” In the 20th minute of each televised Fox Soccer game, a player sitting on the bench of the teams playing would send out a tweet that would then appear on screen.

It was a fun few days – and an actual event, a feel which the NWSL Championship still lacks – for the league, but it was short-lived, as Penner recalls.

“That All-Star Game was also where the league staff found out that most of the league office would be disbanded over the coming months and moved to contract, non-permanent roles just 1.5 years after launching,” he said. “It was two months after St. Louis Athletica had folded mid-season – but for two hours in Kennesaw that day, no one seemed to care. The fun was the action on the field.”

FC Gold Pride would fold later that year despite winning the league title, and the storied Washington Freedom were bought by the late Dan Borislow, relocated to Florida and rebranded as, simply, ‘magicJack.” That move sent the league, with only six teams left, down a tumultuous path in 2011, and it folded before the 2012 campaign kicked off.