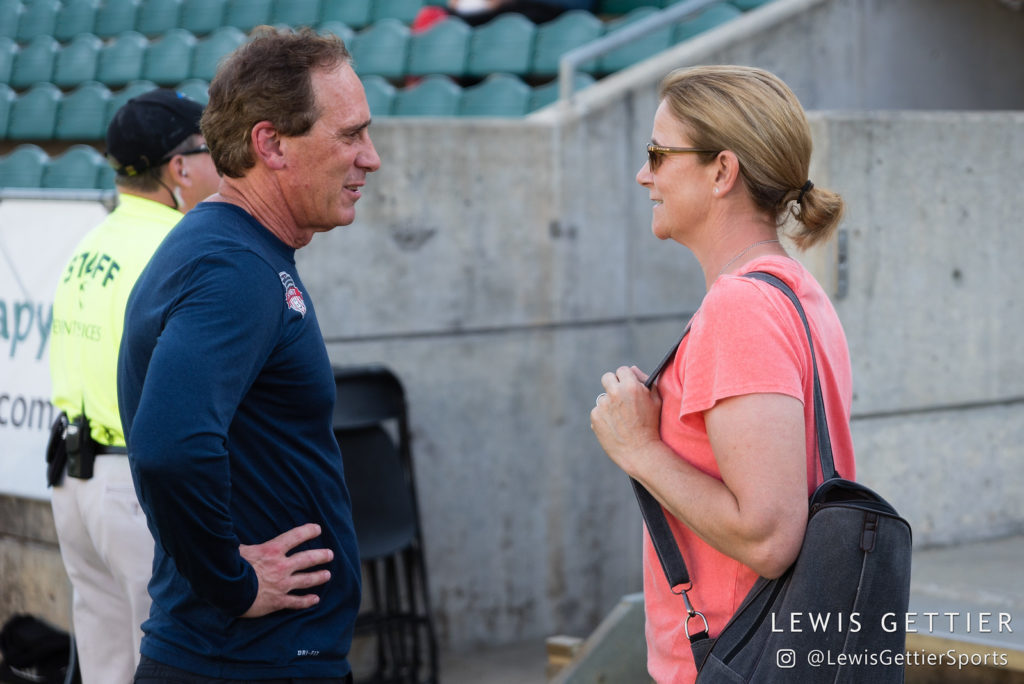 The marriage of U.S. Soccer to a group of owners looking to start a women’s professional soccer league was a stroke of brilliance when it was thought up and then quickly implemented in 2012. The National Women’s Soccer League would not be where it is today without the salary and logistical support from U.S. Soccer. But what is the endgame for the relationship? No one will deny that both sides, but especially the NWSL, would be better off if the league were able to stand on its own and allow both entities to operate independent of each other.

However, the NWSL is dealing with things like Sky Blue FC players training on fields without running water. And depending on who you speak to on any given day, expansion is either imminent and plentiful or on hold at least until after the World Cup. In other words, the NWSL is not quite ready to be weaned off U.S. Soccer. But the relationship could be better, right? Here are three ideas for a more symbiotic relationship.

Figure out a calendar that makes sense

This is the easiest idea, and the most contentious one for fans. The NWSL is coming off its second weekend of 2018 that was played without the entire national team roster due to U.S. coach Jill Ellis calling the team into camp for Tournament of Nations. This has been written about and debated enough, but it should be noted that none of the other three teams — all traveling from other continents — felt the need to pull their players away from league matches. Additionally, Ellis called in 25 players for a 23-woman roster meaning two players (Jaelene Hinkle and Kealia Ohai) were sent home Monday. I don’t subscribe to the idea that Hinkle and Ohai were called in for no reason, but I do question why Ellis needed 25 players at this stage of the cycle.

Heading into 2019, there won’t be a Tournament of Nations to worry about due to the World Cup. But that could create further complications. In 2015, the World Cup roster was available for a total of three matches before the tournament and then famously stonewalled the entire league by staging a mass sit down loosely disguised as rest in the two weekends that followed the tournament.

I’ve been told to expect less interruption in the leadup to 2019, but that tournament is in France, whereas 2015 was in Canada, practically a home World Cup. NWSL fans figure to be a bit more understanding when there is a World Cup in sight, but this is a situation that needs to change sooner than later. And for those yearning for the women’s game to be treated the same as the men’s, participants in this summer’s World Cup were not pulling players away from club teams early to prepare.

Let’s have an Open Cup

The U.S. Open Cup is one of the longest running, continuously handed out trophies in North American sports. This year’s will be the 105th since 1914, meaning the event has sustained without interruption for either World War or the Great Depression. It has gone through several iterations, landing at the modern era during which Major League Soccer clubs will soon be making it 22 out of 23 trophies since the league launched in 1996.

There have been a few ragged attempts to play a women’s Open Cup, but now is the perfect time to make the investment and begin to make it a staple of the landscape. There is at least some talk of the idea from U.S. Adult Soccer Association president John Motta.

Here is one way to do it:

— Make the field 32 teams. UWS (United Women’s Soccer) and WPSL (Women’s Professional Soccer League) are both overflowing with teams, so it would be up to those leagues and U.S. Soccer to figure out how to pare them down to add the necessary teams on top of NWSL squads to make 32.

— The Rounds of 32 and 16 to be played on a Thursday and Sunday with groups of eight teams heading to four venues around the country. Fans can watch a Thursday quadruple header and Sunday doubleheader and see at least two NWSL sides.

— The quarterfinals and semifinals to be played in the same format, either at a single venue or in groups of four at two different venues.

— The above rounds to be played on the weeks before FIFA windows. This will allow NWSL to maintain a presence during those weeks even if U.S. Soccer (who runs the Open Cup) calls in players early. Sure it’s not perfect to play an Open Cup sans stars, but Cup competitions are often used to cultivate roster depth. Furthermore, if the games are held in non-NWSL markets then simply having the teams should hold a bit more weight without the stars than within league markets.

— The final is a bit more challenging, but perhaps the week after the NWSL Championship, or perhaps right around when the smaller leagues are wrapping up. That would likely move the first two rounds to sometime right after SheBelieves Cup.

This is not a perfect idea, but often times, ideas need imperfect beginnings in order to get off the ground and heading in the right direction.

Whatever you do, just tell us

The situation surrounding the best NWSL players missing league matches is exacerbated by NWSL and U.S. Soccer’s bizarre unwillingness to communicate. To that point, until the Tournament of Nations camp roster dropped last Wednesday afternoon, neither entity had formally announced when Ellis would be taking the players. That meant it was about a 55-hour turnaround from when the roster was announced with a quick word about the Friday start, until NWSL kicked off Week 17.

This makes so little sense it is difficult to articulate. Fans would be no more agitated about it if they were told in March, and it wouldn’t turn into a real-time public relations nightmare the week of. More importantly, fans could purchase tickets and make travel plans with eyes wide open rather than strategically blocked from seeing one important corner of the big picture.

Yes, the NWSL has an issue where the scales are tipped too far toward fan loyalty and too far from club loyalty. But that does not mean people don’t want to see the stars, or see their favorite players. The analogy I use on Twitter is that of Tom Brady. The Patriots were no less popular during his suspension, but if you were given a choice to attend one — and only one — game that season, would you knowingly pick one of the games that Brady was suspended for?

I further acknowledge that any given ticket is subject to many factors, not least of which is weather, player health, automatic suspension and squad rotation. These are all part of the occupational hazards that go with the territory of being a sports fan. It’s part of the eyes-wide-open element mentioned above.

One thing U.S. Soccer has passed down to the NWSL is a less-is-more public relations policy. This has been discussed here before and will be again. In the short term, if NWSL clubs are going to be missing players for games, someone should really be passing that message along to the fans.

— The Courage figure to be thrilled that Jaelene Hinkle will be back for Thursday’s International Champions Cup opener against Paris Saint-Germain. The midfield will be problematic though.

— Hinkle’s release from U.S. camp leaves an incomplete sentence at the end of the latest chapter of her existence within the team. I sincerely hope that she just played so poorly it was impossible to keep her, or that Jill Ellis admits to whatever a different reason is.

— The narrative that the Royals got a good draw against the Courage on Friday night doesn’t wash with me. The Courage were half a team, while the Royals were at home and desperate for points. A draw wasn’t enough.

— It may not have even been a draw without Nicole Barnhart. Her 6th-minute save on Abby Erceg was one of the best of the season. Barnie was leaning one way and had to recover in short order to just barely keep the header from crossing the line. (Here’s Ray Curren on why Barnhart is one of the all-time greats.)

— The decision not to stream any part of Sunday’s Spirit-Dash make up was…curious? Don’t they know that WoSo fans will go to great lengths to see just a small sliver of any match? They may whine and whimper their way through it, but at the heart of the fandom is a deep, loyal willingness to always be present when possible.

— Sky Blue’s 16-match winless streak — without having been in the lead yet — heads to Chicago for the lone NWSL match this weekend. Sky Blue have never beaten the Red Stars in NWSL. That streak is at 14 (6-0-8 in favor of the Red Stars.) Both are NWSL records.

— Off the field it sounds like there has been some movement by Sky Blue management toward rectifying some of the issues that came to light in a story on The Equalizer last week. Stay tuned for further details…

The World Cup is farther away than it might seem: Why injuries mean more questions than answers for USWNT
Up Close: Orlando Pride midfielder Dani Weatherholt