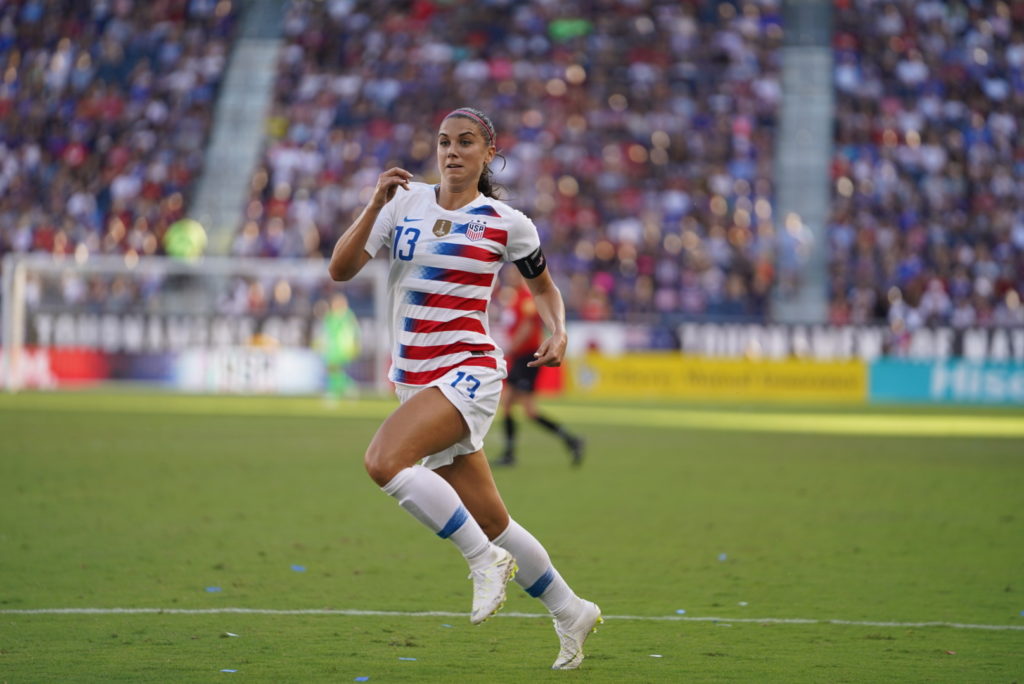 Alex Morgan’s fourth career international hat trick paced the United States women’s national team to a 4-2 victory over Japan on Thursday in Kansas City, providing the Americans a much better start to the Tournament of Nations than they endured last year.

Morgan scored twice in the first half and added another 11 minutes after halftime to give her 16 goals in her last 16 games for the United States. Megan Rapinoe tallied for the final U.S. goal in the 66th minute. The victory puts the U.S. joint-top of the tournament standings after one day of play, tied on three points with Australia. The Matildas defeated Japan, 3-1 in the first match of the day in Kansas City.

It was Australia which handed the U.S. a 1-0 loss in the opener of last year’s edition, propelling the Matildas to a tournament title. Those two teams will meet on Sunday in East Hartford, Connecticut, on the second match day of the 2018 tournament.

Morgan opened the scoring Thursday in the 18th minute against the run of play. Christen Press dropped deep to collect the ball at midfield and made a driving run down the spine of the field before finding Rapinoe, whose one-touch cross found Morgan for the first-time finish.

Class is in session.

Japan would answer two minutes later through a beautiful combination in midfield, which was capped off by Mina Tanaka beating the entire U.S. backline and lobbing goalkeeper Alyssa Naeher.

Morgan struck for her second goal on a header in the 26th minute. Her third tally came thanks to masterful skill from Tobin Heath, who entered the match two minutes earlier. In shades of a somewhat similar move against Mexico in a 2015 friendly, Heath used her skill to beat two Japan defenders on the endline before crossing the ball. Morgan buried the ball off the underside of the crossbar.

U.S. coach Jill Ellis got more production from her substitutes 10 minutes later, when Rose Lavelle combined with Rapinoe for the final U.S. goal. Lavelle, who has struggled with injuries since last summer, had only entered the match two minutes earlier.

Dancin' Pinoe is our favorite Pinoe.

Moeno Sakaguchi added a stunning consolation goal for Japan in the 76th minute.

The U.S. used all six substitutes in the match. Crystal Dunn started at left back and Emily Sonnett went the full 90 at right back. Tierna Davidson and Abby Dahlkemper paired at center back, with co-captain Becky Sauerbrunn still working back to full fitness.