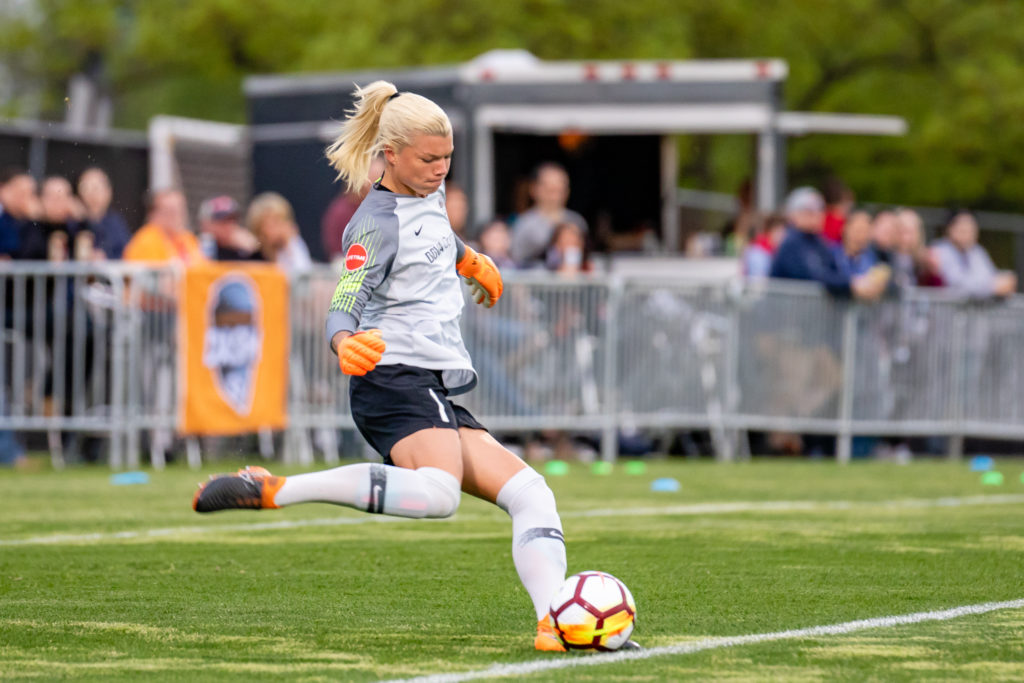 The NWSL announced on Tuesday afternoon that Houston Dash goalkeeper Jane Campbell had been named the league’s Player of the Week for Week 17 as voted on by the NWSL Media Association.

The goalkeeper was an essential component of the Dash’s success in their 1-0 road win over the Washington Spirit on Sunday morning in a game that was postponed by heavy rains and poor field conditions. Campbell tallied a career-high nine saves on the day while earning her second shutout of the season. The honor is Campbell’s first and the second this season for a member of the Dash. Rachel Daly was named Player of the Week for Week 9.

Her leaping one-handed save against Ashley Hatch was also nominated for Save of the Week, although those honors went to the Utah Royals FC’s Rachel Corsie. Toni Pressley of the Orlando Pride nabbed Goal of the Week honors.

The Matildas announced on Monday night that Australia head coach Alen Stajcic had to make two changes to his roster for the upcoming Tournament of Nations. Defender Steph Catley had to withdraw from the tournament because of family reasons. She is replaced by Laura Alleway on the roster.

Alleway, who was a part of Australia’s roster for last year’s tournament, currently has 55 caps with the Matildas. She most recently played for the Melbourne Victory in Australia’s W-League and previously played in the NWSL alongside Catley for the Orlando Pride from 2016-2017.

The change is the second that Stajcic has had to make to his roster, as Caitlin Foord, deemed unable to contribute to the team during matches, was replaced by 15-year-old Amy Fowler last week.

The reigning Tournament of Nations champions kick of the friendly tournament on Thursday against Brazil before taking on the United States on Sunday. They close out the second edition of the tournament next Thursday, August 2, against Japan. Jessica McDonald and Abby Erceg are two of the headliners on the Courage’s ICC roster. (photo copyright Lewis Gettier)

The North Carolina Courage released its roster for the International Champions Cup (ICC), which kicks off in Miami on Thursday and concludes on Sunday. The tournament also consists of Manchester City, Olympique Lyonnais, and Paris Saint-Germain.

Jaelene Hinkle has returned to the team after being cut from the U.S.’s final Tournament of Nations roster and will be eligible to play. She will be joined by the majority of her Courage teammates, including Lynn Williams, Jessica McDonald, Abby Erceg, Denise O’Sullivan, and Heather O’Reilly.

Included on the roster are also the four National Team replacement players signed ahead of Week 17’s road match against the Royals to replace those players named to Jill Ellis’s Tournament of Nations rosters. Those players are defenders defenders Carlin Hudson, Morgan Reid, and Ryan Williams and midfielder Sarah Teegarden.

Also joining the Courage for the tournament are two amateur players, defender Tori Hansen of the Courage’s U-19 academy team and midfielder Julia Aronov of FC Fury’s U-16/17 team in New York.

The Courage’s full ICC roster is below.