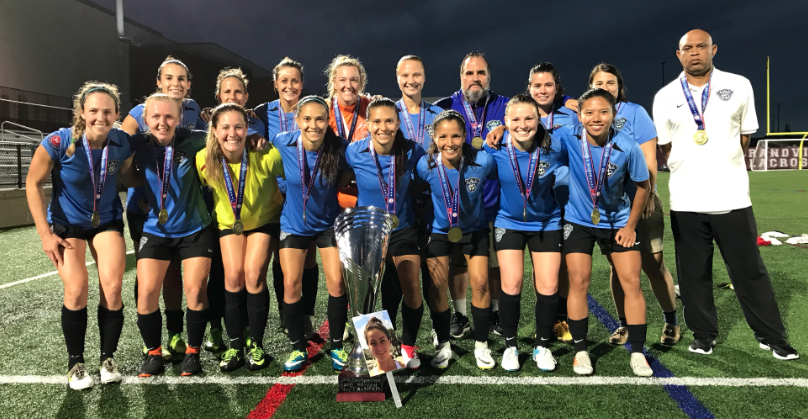 Julie Gavorski scored the game-winning goal for Houston in the 118th minute to lift the Aces past Inferno Rush, 1-0 (watch the goal here). All three UWS championships have gone to extra time since the formation of the league. Santa Clarita Blue Heat claimed the 2016 title before falling to Grand Rapids FC in 2017. UWS is a second-tier-equivalent league which features a mix of newly-established semi-pro teams, as well as former WPSL and USL W-League teams, the latter of which is now defunct.

Gavorski was named the championship MVP.

Seattle Sounders Women, which once played in the W-League and briefly boasted the likes of Alex Morgan, Megan Rapinoe, Hope Solo and Sydney Leroux on its roster in 2012, finished the 2018 season unbeaten with its 3-1 victory over Pensacola FC in Sunday’s WPSL final. Kirsten Pavlisko, Celia Jiminez Delgado and Pascale Dumesnil scored for Seattle in the win. (Sounders Women do not share ownership with Major League Soccer’s Seattle Sounders.)

ICYMI: Pascale Dumesnil had the game winning goal to seal the victory and #WPSLChampionship for Seattle! https://t.co/D4dNmVkYMv pic.twitter.com/nYOmShO8sV