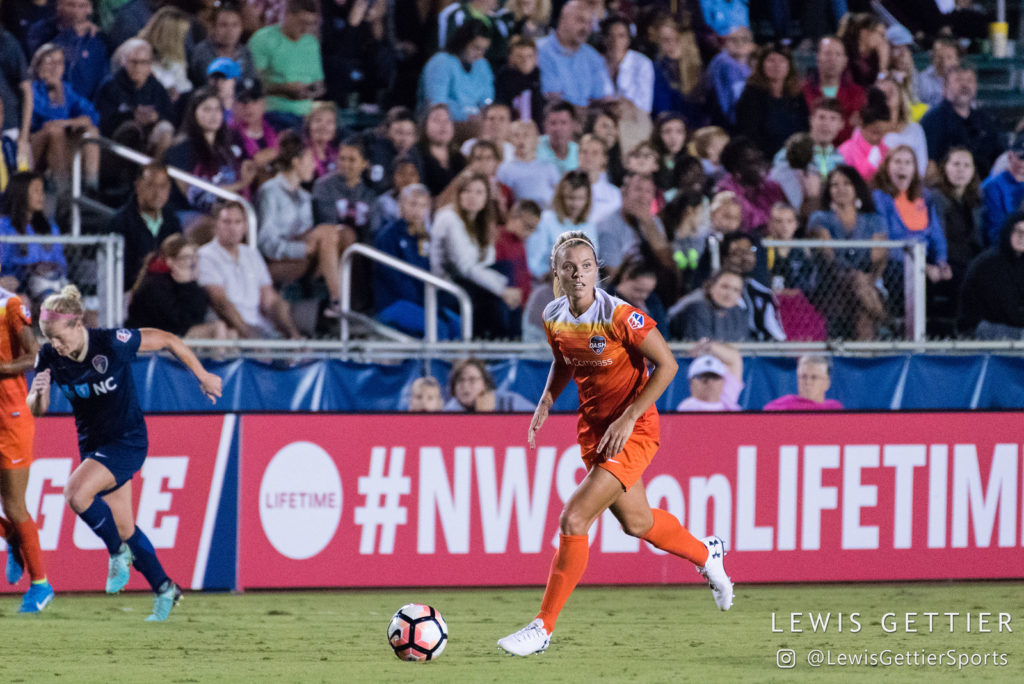 In a game that was originally scheduled to take place on Saturday night but had to be postponed to Sunday morning due to inclement weather conditions, the visiting Houston Dash scored early and then hung on to outlast the Washington Spirit and take three points home to Houston. Due to the change, this game was not streamed.

The Dash wasted no time getting down to business. In the third minute, Sofia Huerta sent a ball forward for Rachel Daly, who was in the Spirit box, and the striker beat Aubrey Bledsoe at near post.

Spurred by a new formation that saw Tori Huster and Rebecca Quinn drop into defense while Taylor Smith pushed into the midfield, the Spirit took control of much of the rest of the game. As the Dash have been wont to do all season, they allowed Washington to maintain the majority of possession and waited for opportunities to arise on the counter. It was one of Washington’s most offensively-minded games of the year, as they had notably more shots, crosses, and corners than Houston, but they were unable to capitalize. Jane Campbell had a strong match, making nine saves to earn the clean sheet, including this quick reaction in the 81st minute.

Dash defender Janine Van Wyk injured her ankle tackling Smith and was forced to sub out in the 27th minute. The Dash (already without Allysha Chapman) shifted to a three-back formation.

Houston (6-7-5) passes Utah, whom they host next Sunday, to take sixth place. Washington (2-12-4) remains in eighth place and next play in Utah on Wednesday, August 8. The Spirit have now officially been eliminated from playoff contention.