NWSL week 17 preview: when the USWNT is away, the reserves will play 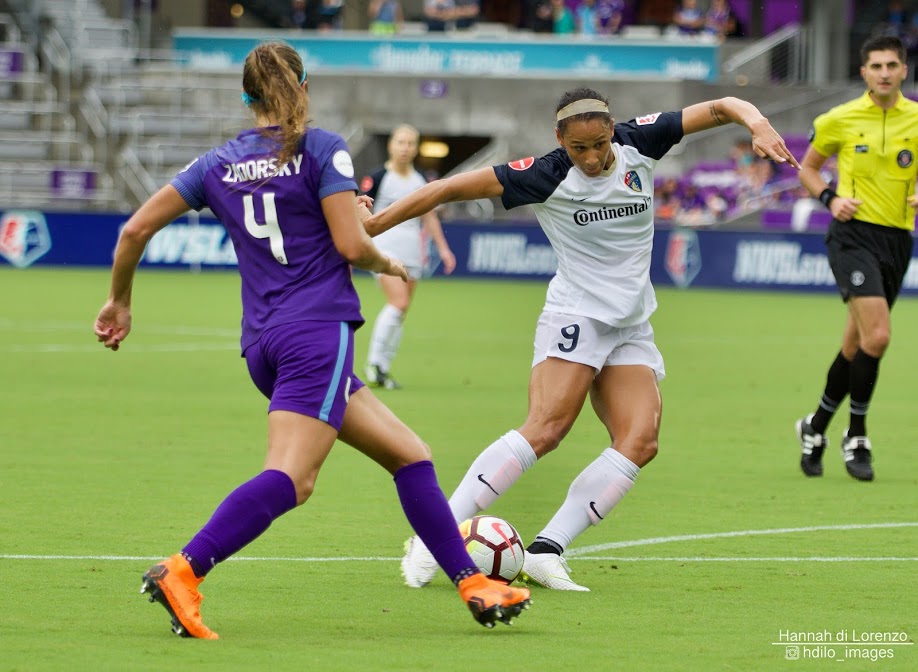 It’s that time again: international matches are looming, and the USWNT players are called away days before everyone else. At least this season, teams can and do bolster their rosters with replacements, but it’s also a time when reserve players are given a chance to show their stuff and make a case for more playing time.

Can Utah win the series?

Utah is one of only three teams to take points from North Carolina this season and the only team to beat them. As such, they are the only team who could possibly win the series with North Carolina, as a win or draw would tip the scales in their favor, and even a North Carolina win would only tie it up with a win apiece and a draw. This is one of the best chances anyone will have to take points from the Courage, as they are missing five regular starters (including 3/4 of their backline) plus Sam Mewis, who has only been kept from seeing more minutes by a nagging injury. To worsen their woes, Kaleigh Kurtz is sick, meaning Abby Erceg could be the only defender on the field with significant minutes. However, their two-pronged attack up top is intact in Lynn Williams and Jess McDonald, who have Denise O’Sullivan and Debinha to provide service and come in with long-range shots of their own.

That said, Utah has their own personnel issues. The defense hasn’t looked the same without Becky Sauerbrunn, and in her first few matches for the club, Sam Johnson has yet to be the reliable defender she was with Chicago. The impact of not having Abby Smith in goal is lessened by the presence of venerable veteran Nicole Barnhart, although she’s only made two appearances this season and could be rusty. Look for Katie Stengel to be the target up top, likely paired with Erika Tymrak, without Christen Press or Amy Rodriguez around. I also expect a very physical battle in the midfield, where the Royals really need Katrina Gorry to take advantage of the absence of McCall Zerboni and dictate play.

Who can overcome player absences? 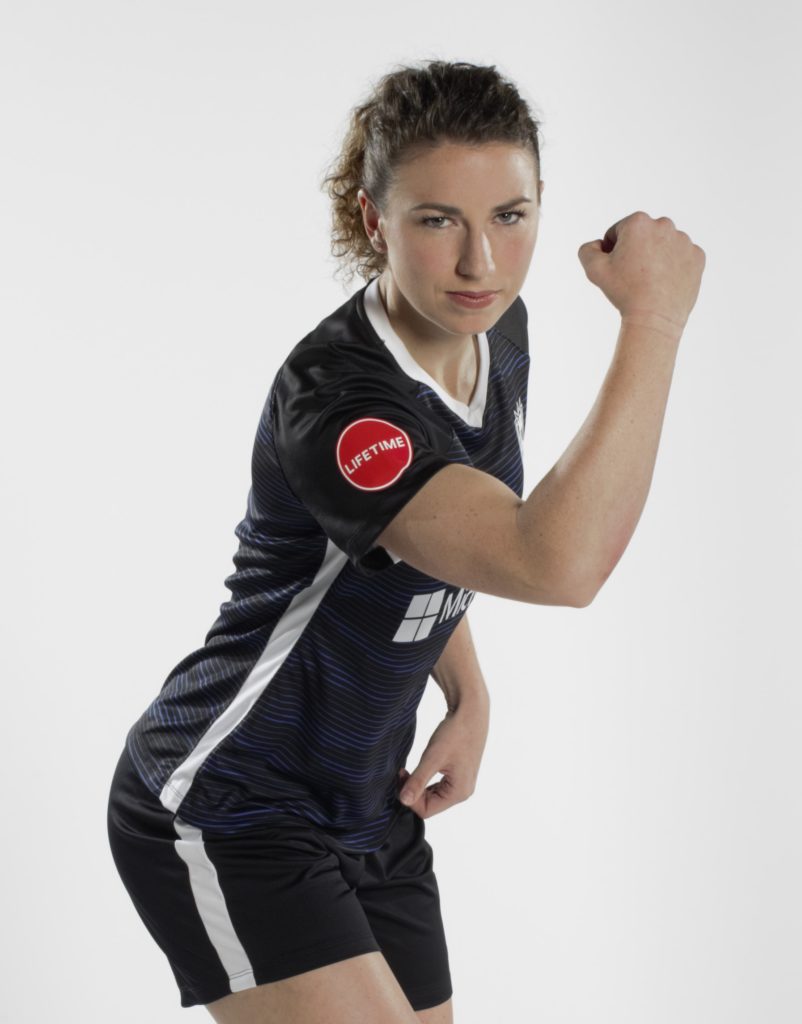 On the surface, both Seattle and Orlando are missing key players – Megan Rapinoe and Allie Long for the Reign, and Alex Morgan and Ashlyn Harris for the Pride. If this sounds familiar, these are the American players who were out the last time these two teams faced each other. Both matches this year have ended in draws. However, the Pride appear better suited to replace their missing faces. Haley Kopmeyer is an excellent shot stopper who has reliably filled in when needed for years in the NWSL. While there aren’t many like Alex Morgan at her best, we haven’t often seen her at her best for the Pride this year. Sydney Leroux, Chioma Ubogagu, and Rachel Hill all have the same or more goals as Morgan, and while she does more than score (and doesn’t often get credit for it), she simply hasn’t seemed on the same page as her teammates.

Something similar can be said for Rapinoe in that when she’s at her best, she’s incredibly hard to replace. The difference is that Rapinoe has been at her best this season, and she’s on a tear that has her firmly in the mix for MVP. Not one player, and I would go so far as to say not one combination of Reign players, has the mix of creativity, anticipating movement, and a nose for goal that Rapinoe does. Nor does anyone draw the defensive attention she does, opening up space for others. Long, too, is having a quietly steady season in the midfield, but having Jess Fishlock back should outweigh Long’s absence, leaving Morgan Andrews likely to round out the midfield trio.

Can Campbell get her defense in order? 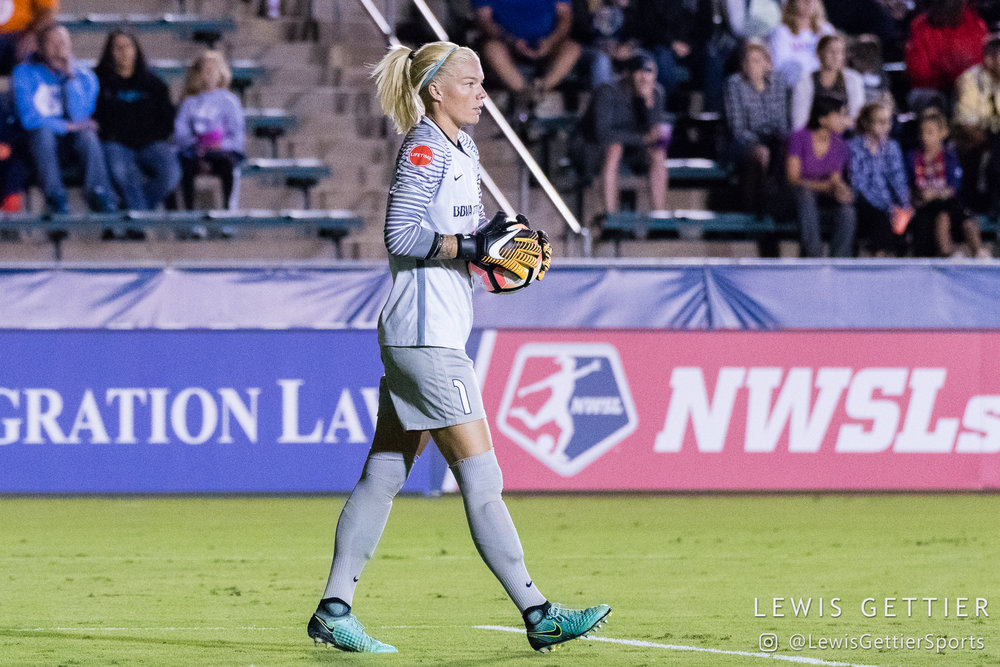 Jane Campbell has produced many excellent saves this season. Jane Campbell has also made numerous errors leading to goals. Her sophomore slump is reflected in her continued lack of USWNT call ups, and her first step on the way back to the team has to be a clean sheet. She has one for the year, tied with Kailen Sheridan for the league’s worst among regular starters. Admittedly, she’s been hung out to dry by her defense more than once, a backline that does a lot of last ditch defending but is also generally good for one head-scratching moment per game. Their shape is a huge issue, and part of that responsibility lies in Campbell communicating and directing her defenders.

She has the benefit of facing the league’s worst offense (also tied with Sky Blue). Washington was able to break their scoreless streak (which coincidentally began after their last game against Houston) in Orlando but didn’t follow that up with any goals against North Carolina. Without Rose Lavelle, who has played a minor role thus far but is almost always a spark when she comes in, it’s questionable as to who can fire up this side, because Mallory Pugh seemed to take the life of the team with her when she got injured in Houston. 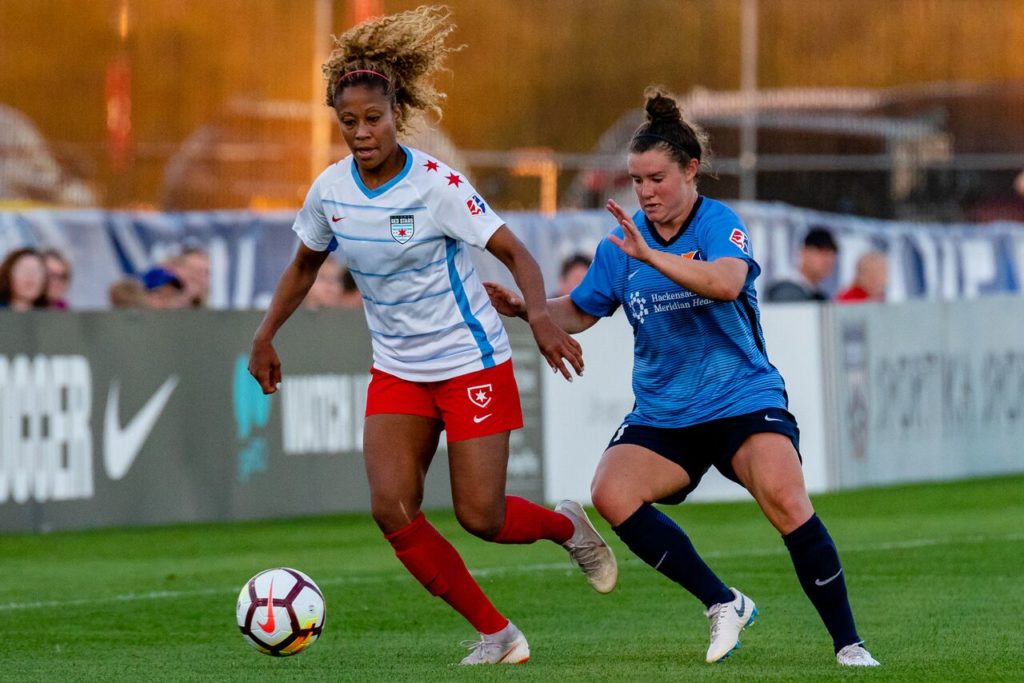 There’s no doubt that Lindsey Horan has been running the show in Portland, in the midst of her best NWSL season yet. While she’s getting attention for the goals she’s scored, it’s the things she does deeper on the pitch, winning the ball and setting up her teammates with deceptively simple passes, that demonstrate her keen feel for the game and her true importance with Portland. It’s also true that the Thorns don’t really have a player to take her spot while she’s with the national team. The answer could potentially be in a combination of Andressinha, who is capable of pulling the strings just as well but in a different manner, and Celeste Boureille, who does more of the dirty work as a holding midfielder. Angela Salem, too, would be great at freeing up those players to push forward, but so far she’s been mostly consigned to the bench.

Last time these two teams played, Sky Blue grew into the game but couldn’t capitalize in time to get more than a point. However, it was Carli Lloyd who drew and scored the penalty that tied the game, and she’s not going to be there, either. Their best hope may be if Savannah McCaskill can shake off the mid-season blues and get back to her form from the beginning of the season when she was her most dangerous. Before that, however, they’ve got to settle down in the back. If they return to the game plan that had them playing compactly with quick passes in tight spaces, and combine that with the finishing that had them scoring for four games in a row, prior to playing North Carolina, they might be able to make something happen.

Lynn Williams: Her recent run of form may have come too late to make a USWNT return, but her hat trick in New Jersey was the best example of the way her pure athleticism can overwhelm defenses – and she still even missed clear chances.
Yuki Nagasato: If there was an award for most valuable assists, it would have her name written on it.

Goalkeeping: It appears not a single keeper in the league is immune to the errors that have plagued NWSL goalkeeping this season – and concerned USWNT fans.
Sky Blue’s defense: They’ve given up a hat trick in each of their last two matches.