Friday Roundup: NWSL Injury Report confirms USWNT players out, while the rest of the TON players are in 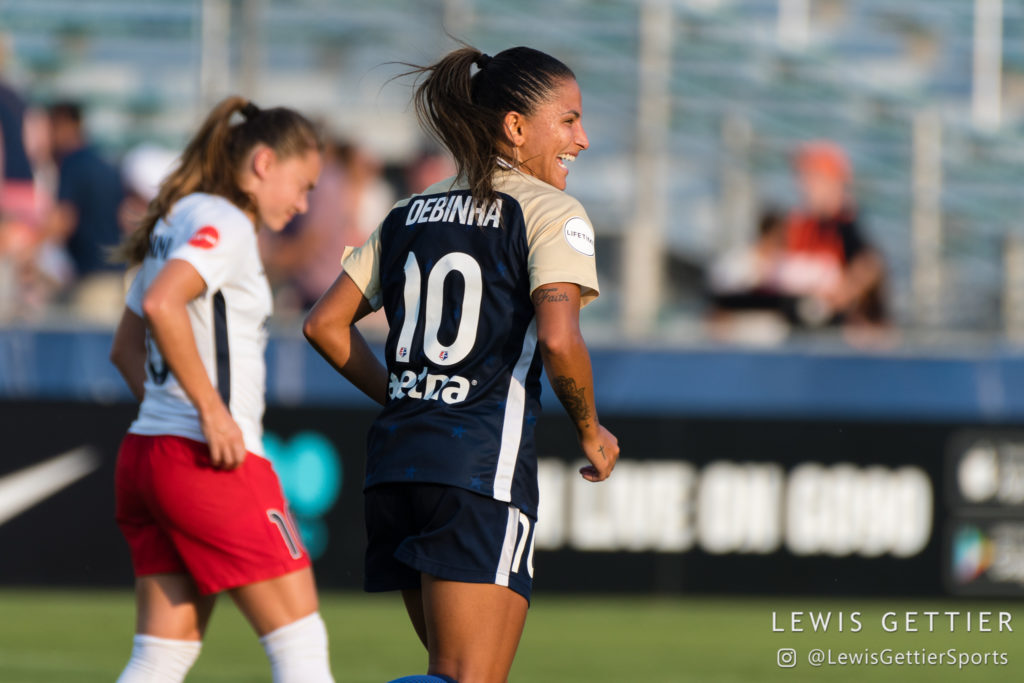 Debinha will be with the Courage this weekend, whereas six USWNT players will not (Photo by Lewis Gettier)

NWSL Injury Report confirms AUS, BRA, and JPN players will be with clubs this weekend, USWNT players will not

The WPSL semifinals and finals are set to take place this weekend in Norman, Oklahoma featuring Chicago Red Stars Reserves and Pensacola FC who will compete in the first semifinal on Friday night, followed by Seattle Sounders Women and Fire and Ice SC who will play each other in the second semifinal on Saturday morning. Winners from both semifinals will compete for the championship on Sunday afternoon.

The WPSL Championship schedule is set! Two semifinal matches will be played Friday and Saturday, with the winners of those matches advancing to the final on Sunday! #WPSLChampionship pic.twitter.com/fJvEiq5Wjf

In Grandville, Michigan, the UWS is also set to hold their championship weekend this upcoming Saturday and Sunday. In the first semifinal, Calgary Foothills Women’s FC will take on the Houston Aces, followed immediately after by the second semifinal featuring Grand Rapids FC Women and Inferno Rush. The final will kick off at 6:30pm ET on Sunday between both semifinal winners.

Both LaLiga of Spain and Nadeshiko of Japan presented a Memorandum of Understanding, at the JFA House in Tokyo, that is designed to promote the growth of the women’s game at all levels. The agreement between both leagues shows commitment to explore, in collaboration with one another, different strategies that aim to grow women’s soccer in Spain and Japan. The exchange of knowledge and information between the clubs and leagues is at the forefront of the initiatives presented. Both entities will also develop training courses for coaches and implement educational projects that go beyond just soccer and focus on the promotion of values like gender equality and the integration of girls and women in society through sports. They both also announced the creation of development programs that promote access for women to sports management in addition to a plan to organize match days in the form of friendlies and tournaments at all levels.
“The agreement we signed today, although it is designed to achieve long-term goals, already has immediate challenges, and we believe that the experience of both competitions can bring great benefits to women’s soccer in both countries,” said Pedro Malabia, Soccer Director of Women’s Football for LaLiga.
Akika Mabuchi, the Nadeshiko League president, was also very excited for the plans. “It is an honor to close this agreement on the 30th anniversary of the Nadeshiko League. It is the first agreement we signed with a foreign league. The 10 players that play in Spain, we are sure that everything they learn in Spain [they] will bring with them back to Japan,” he said.

Today, West Ham announced that their women’s side will now be known as West Ham United women’s team, instead of West Ham United Ladies as they’d been previously named.
The name change comes as the team prepares to start their debut season as a fully professional team in FA Women’s Super League. The name, as the club wrote, reflects West Ham United’s position as a leading and forward-thinking club within the sport. The club noted that the re-naming represents a more modern view on language and equality in 2018.

Today, Sky Blue FC announced that the club along with the New Jersey Youth Soccer Olympic Development Program will officially extend their partnership into the 2018-19 season.
Registration is now currently open for ODP tryouts and the Young Olympians Program. The programming for Young Olympians will begin this month and in August. The program, that is designed for youth players both in 2008 and 2009, provides a pathway for players to participate in ODP.
Related TopicsJapanNWSL Injury reportSky Blue FCSpainUWSWoSoRoundupWPSL

NWSL week 17 preview: when the USWNT is away, the reserves will play
Heather O’Reilly brings a touch of England back to the NWSL