Duke has built a program on the ability to adapt, but a national championship remains lacking 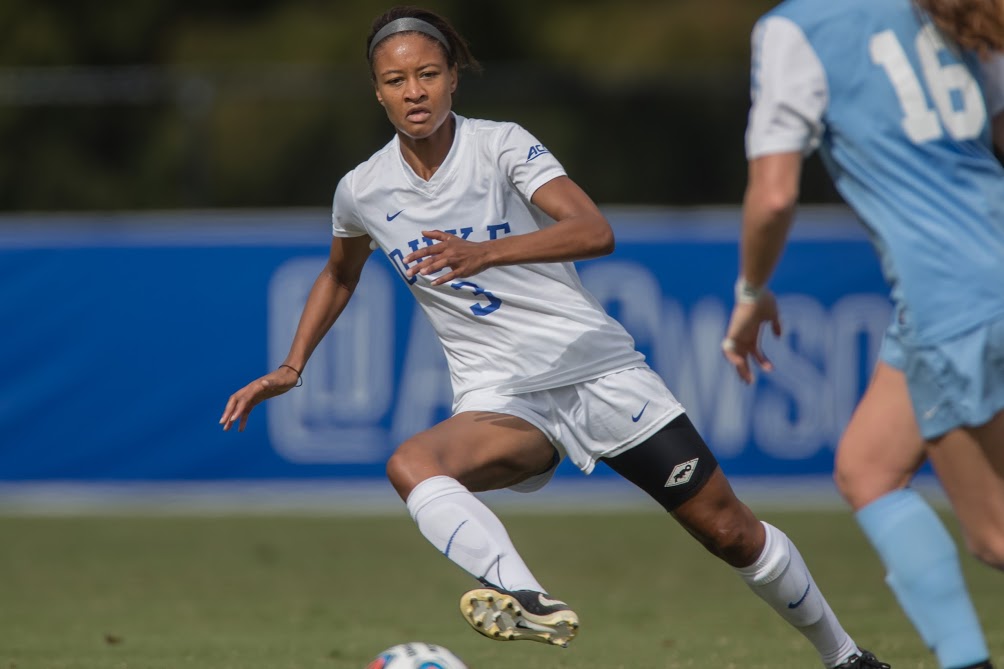 Change. It’s often viewed with trepidation yet necessary for growth in soccer and in life. Of course, the process of change is hard and not particularly glamorous, but if you scratch beneath the surface of any success story more often than not, it’s there.

Duke women’s soccer, depending on who you ask,  was just a couple of inches shy — or perhaps a missed call away — from making three College Cups in as many years. The Blue Devils played on the final weekend in both 2015 and 2017. In between those runs was a 2016 season that ended after a controversial goal-line call against West Virginia in the quarterfinals.

Regardless of one’s take on that match against the Mountaineers, it’s hard to dispute that the last few years have been remarkable for Duke both on and off the field. Perhaps nothing sums up the program’s success more in that timeframe, than when in the two-week span in January, the Blue Devils saw six of their own drafted into the NWSL and all of those athletes — plus four others — make the All-ACC Academic Team. In short, Duke has reached a level of success that truly embodies the phrase student-athlete.

BUSH: What a Jaelene Hinkle call up means for the USWNT on and off the field

“We were successful but I also knew what we had done had run its course,” Blue Devils head coach Robbie Church said.  “It was time to go in a different direction.”

That was the mindset of the coaching staff following a 2013 season which saw Duke watching, rather than playing, in the NCAA tournament. Although not being in the tournament field was an aberration for the program which had accomplished a lot, including a College Cup run just two years prior, it was time to make some adjustments.

Chief among those changes was the addition of Erwin van Bennekom, previously an assistant at Sky Blue FC, to the coaching staff.

“We were looking for somebody to come in to develop players to get them ready to play and bring some change into our program. We had fallen back into some old habits. That’s natural sometimes,” Church said. “He’s very inspiring, players want to go to his sessions whether individually or as a team. [They were] quality sessions and they were just like okay, I want more.”

Van Bennekom’s enthusiasm for the game is undeniable even over the telephone. He talks a swift pace about Duke’s program and about the game more generally. It’s easy to imagine his passion positively impacting his players. He also speaks enthusiastically about the concept of evolving as a team.

Generally, the Blue Devils are known for their possession style of play and their high-powered offense. Last fall, the team led by forwards Imani Dorsey and Kayla McCoy, had the ninth-highest goals-per-game average in the nation.

And while Duke plowed through many of its NCAA tournament foes without much difficulty, the coaching staff realized that their best chance of advancing past UCLA in the semifinals last December would involve a reversal of tactics. Instead of controlling the ball, the Blue Devils would have to sit back and absorb pressure — something they had done quite well in their 2015 run to the College Cup.

“In 2015, we got to the final being extremely pragmatic and that worked really, really well and in the semifinal this year, we just couldn’t do the same to UCLA that we did to Texas and Oklahoma State. So we adjusted and (it) got us to penalties,” van Bennekom explained. “We saw that if we kept doing what we were trying to do all season, we probably would have lost the game in regular time.”

Often coaches and respective teams resist changing tactics to give themselves a better chance at getting a result. In sports, there exists a perception that seems to value sticking to “our style of play” rather than being more malleable and temporarily adopting a different style to better suit a particular occasion or neutralize a strength of an opponent. Changing tactics is viewed in a negative light. In Durham, Church and van Bennekom believe they’ve moved beyond that.

“I think the best thing is our players have seen us when we adapt, (when) we’ve made some changes, they’ve seen it work over the years… I think the thing that buys the players in than anything else is we adapted here,” Church explained.

In what may sound like an oxymoron, in one way, adjustment has been a bit of a constant at Duke for some time. Several of the team’s most notable players were known for their versatility, having found success in multiple positions while Blue Devils.  Most notably, 2017 NWSL draftee Christina Gibbons started at both left back and central midfield while at Duke and 2018 draftee Rebecca Quinn saw time at both central defense and defensive midfield.

“We try to train these players as soccer players and we feel like our players should be able to play all over the field,” Church explained when asked about the Blue Devils’ trademark versatility. “I think a lot of that comes especially in the offseason, in the training and development stages too, as we train them to be soccer players, but I think that’s definitely by design and that’s definitely done in the recruiting process.”

Church is proud of what his players have accomplished both on the field and in the classroom and while embracing change in the program, he’s far from resting on his laurels. He’s got his eyes on the ultimate prize.

“It’s nice, but we haven’t done what we wanted to do and that’s to win a national championship,” Church said reflecting on what his program has accomplished, “That’s our ultimate goal. Someday I’ll be sitting on the beach thinking about the different runs that we’ve had but I think right now, we just still have so much to get to.”

True to form, change is once more on tap for the Blue Devils this upcoming college season as the program moves forward from its historic 2017 senior class. Perhaps someday these changes will lead to a change in latitude for the Blue Devils’ head coach at the end of the season.