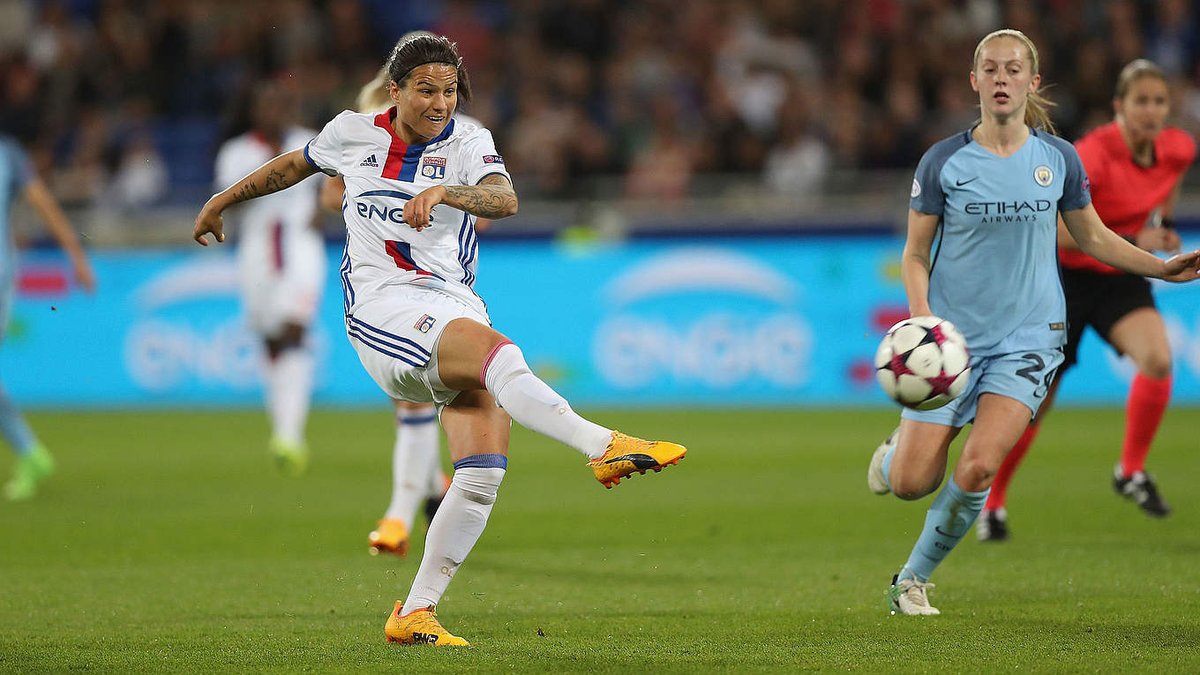 Dzsenifer Marozsan will miss the ICC with Lyon due to a pulmonary embolism.

Olympique Lyonnais reported early Wednesday that midfielder Dzsenifer Marozsán would miss the upcoming International Champions Cup (ICC), running from July 27-29, due to a “viral lung illness.” The statement said that Marozsan would be out to rest for several weeks before returning to training.

However, the Germany national team provided further information on her condition, saying Marozsán had suffered a pulmonary embolism, or a blockage of the pulmonary artery that supplies blood to the lungs. According to them, it is uncertain when she will be able to return to training.

Lyon is one of four teams traveling to Miami this month for the four-game friendly ICC tournament. The NWSL’s league-leading North Carolina Courage, Lyon’s Division 1 Féminine rival Paris Saint-Germain, and the FA WSL’s Manchester City are the other three.

Caitlin Foord out, Amy Fowler in for Matildas

Australia also announced on Wednesday that versatile striker Caitlin Foord had been replaced on the team’s Tournament of Nations roster by 15-year-old uncapped striker Mary Fowler.

Foord has been sidelined since suffering a ruptured lisfranc ligament in her foot while playing for Sydney FC in the Australian W-League. Although The Oregonian’s Jamie Goldberg reported on Tuesday that Foord could take the field for Portland Thorns FC, to whom she was traded in January, for the first time this Saturday against Sky Blue, the Matildas have ruled her out for this months United States-hosted friendly tournament.

“Mary (Fowler) has been brought in because Caitlin (Foord) won’t be able to contribute in terms of game time,” Matildas head coach Alen Stajcic said in the team’s official release.

“With Caitlin [who has been recovering from an injury sustained in the Westfield W-League 2018 Finals Series], it will be a great to reintegrate her into the squad, but there’s also an opportunity to give another player an opportunity to come in,” he added.

Fowler recently scored 10 goals over six matches during the Young Matildas’ second-place run in the 2018 AFF Women’s Championship in Indonesia, including five scored in the team’s third match against Cambodia alone. As a result, Fowler led the team to a second-place finish after falling in the championship final to Thailand’s senior team.

“Over the last six or seven months we’ve been tracking Mary and she’s shown the ability to find the back of the net. Both with her left and right foot, in and around the penalty box, Mary’s ability to find space in tight areas is the best I’ve seen for a young player her age,” Stajcic said. “The tournament will be a great opportunity for her to have a taste of what the next level is like.”

“Maddie is not so old, but has already played in a good team in the highest series in the United States. She has good leadership skills and is a ball winner on the board, she is able to play both in the back line and in the midfield,” Sports Director Joel Riddez said in a translated team statement.

The Stanford University product was taken as the No. 6 overall pick by the Reign in the 2017 NWSL College Draft and made six appearances for the club—only one of which was in 2018—in her two seasons rostered with Seattle.