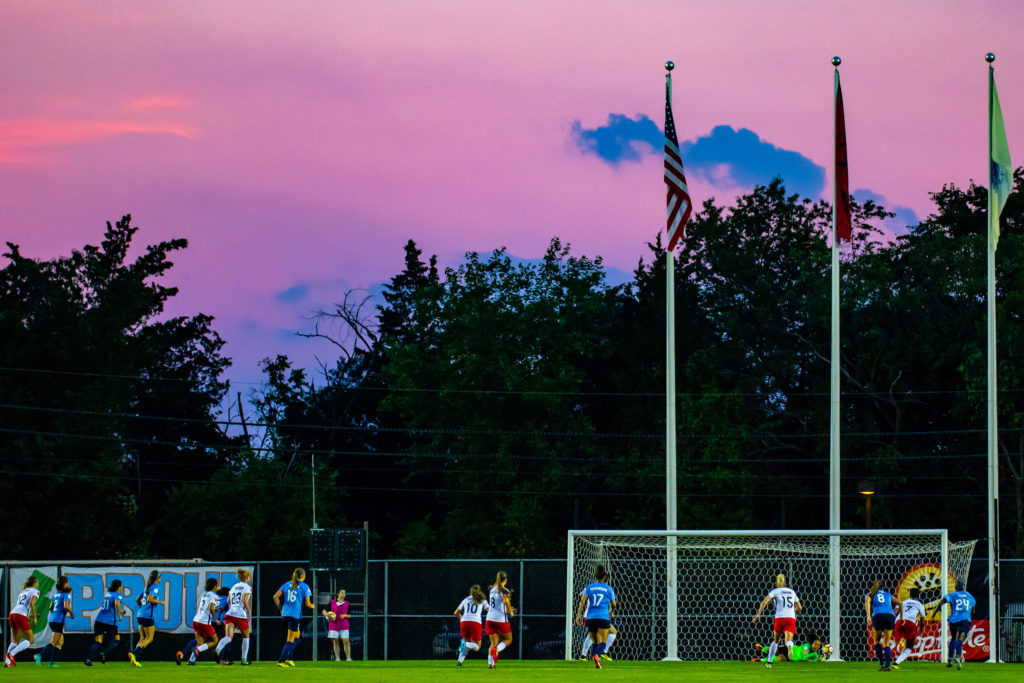 On July 7, former Sky Blue FC forward Sam Kerr returned to her old stomping grounds at Yurcak Field for the first time since leaving the club in January. Now playing for the Chicago Red Stars, Kerr scored a hat trick that night against her former team.

However, the striker’s celebrations were muted, almost apologetic, and after the game she explained how she’d nearly been in tears at some points during the game.

“If I’m honest, I didn’t enjoy it,” Kerr told reporters after the match. “I wish things were better here, and that I could stay. It just sucks that that’s the way it had to be.

“I wish I could take every single one of them with me,” she added, nodding in the direction of the Sky Blue bench area, “but that’s not the way it is.

“I’m just going to say the girls deserve better, and leave it at that. These girls are great girls. They give everything for this club and this league, and they just deserve better. I scored a hat trick, but I wasn’t myself today. I feel sick playing against these girls.”

Since then, The Equalizer has spoken to a half-dozen people affiliated with the club, some of whom requested to remain anonymous. All shared a bleak picture of life at Sky Blue beyond the club’s current winless season: stories of poor housing situations, poor facilities, and broad mismanagement

Caroline Stanley, who played for the club in 2016, knew from the first day she arrived at Sky Blue that something wasn’t right.

“The first day I actually got there, I landed, checked my phone, and had an email saying the place they told me I was living had been changed,” she told The Equalizer.

“It was Day 1, new team, moving across the country, the place I thought I was living I’m no longer living and it’s just kind of ‘To Be Determined.’ The comfort, and the management of off-the-field quality of life was just really poor and unorganized. I ended up getting shoved into a really tiny little house in a beach town with four other girls, and it was two sets of bunk beds.” …