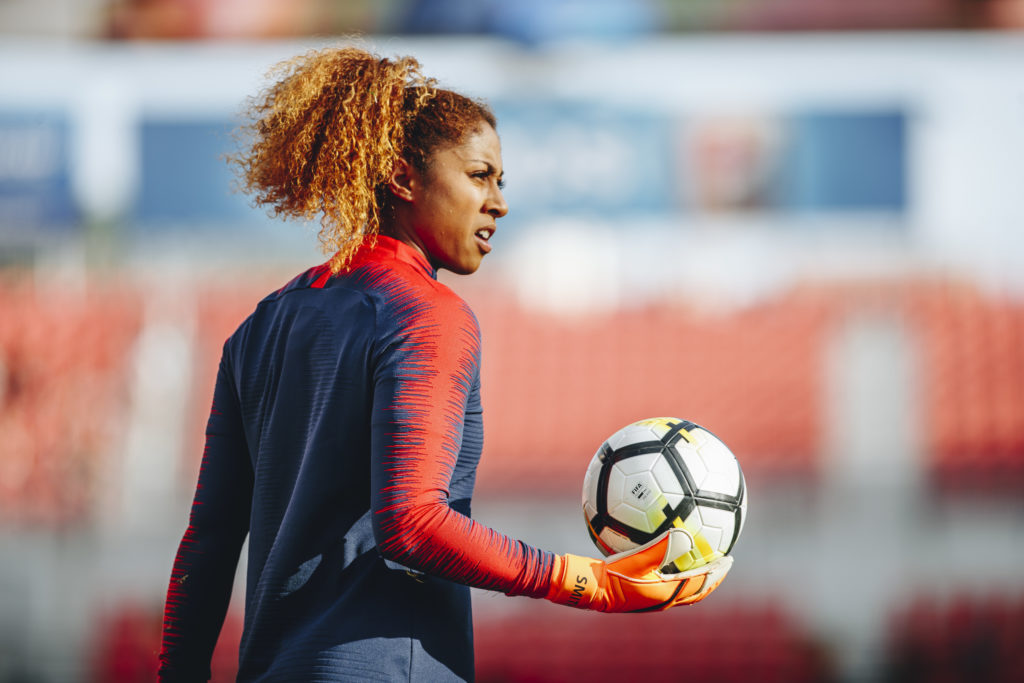 Up Close: Utah Royals FC goalkeeper Abby Smith on Boston, Utah and how the NWSL can improve

Abby Smith has had quite a 2018 thus far. After landing with Laura Harvey’s Utah Royals FC in the Boston Breakers Dispersal Draft this winter, the 24-year-old has solidified her role as the team’s starting goalkeeper, starting all 15 matches this year for the club in its inaugural NWSL season (she left Saturday’s match due to injury).

Smith has also seen time in camp with the U.S. women’s national team, while making the game-day roster as the second goalkeeper for two friendlies this spring. I spoke with the Texas native about her journey to today … from Dallas, to the University of Texas in Austin, to Boston and now to Salt Lake City.

Hannah Kronick: To start us off, how did you first get started in soccer?

Abby Smith: I started playing soccer when I was six or seven years old, going into the first grade. I think it was just something that my parents put me in to get my energy out, to meet new people and to be a part of something at that young age.

HK: When did you start to focus in on soccer? Did you play other sports competitively growing up or was it always soccer that you focused on?

AS: I did gymnastics for a little bit as well. I actually ended up doing competitive gymnastics because it was an after school program and ended up getting more serious with that. But once the club team started with soccer, I had to pick one just because it was time consuming to do both. So I decided to go with soccer…

Access the best women’s soccer coverage all year long
Start your FREE, 7-day trial of The Equalizer Extra for industry-leading reporting and insight on the USWNT, NWSL and beyond.
Subscribe
Existing Users Sign In Here
Related TopicsAbby SmithExtraFeaturedUp Close

Bush: What another Jaelene Hinkle callup would mean for the USWNT on and off the field
Monday Roundup: Lianne Sanderson joins Italian champion Juventus