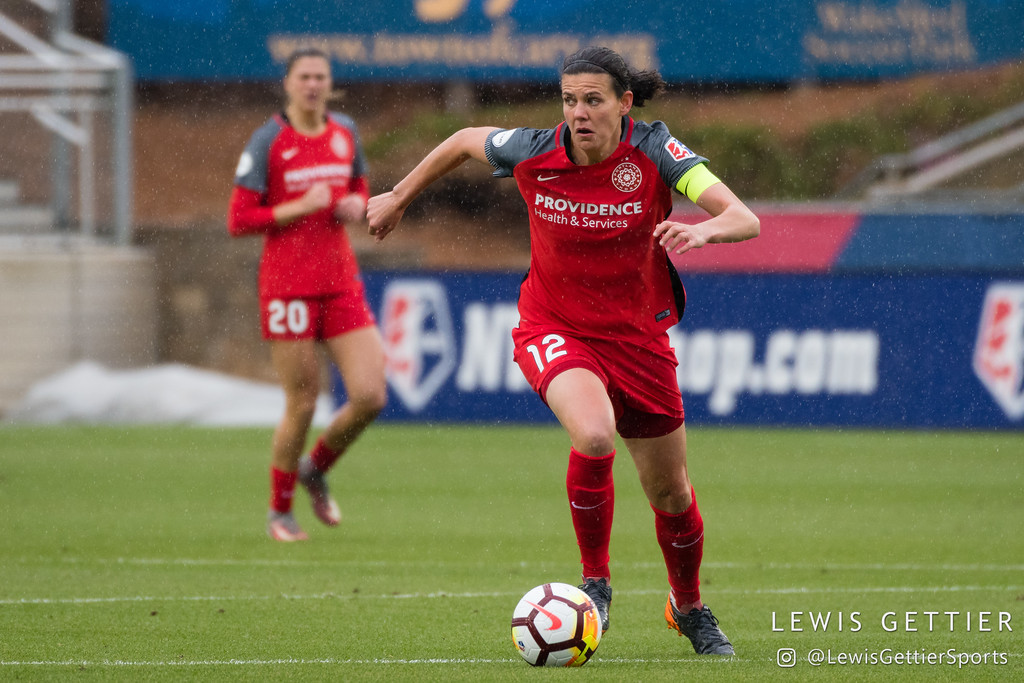 The Portland Thorns stayed firmly in the 2018 NWSL playoff race with a decisive win against the Houston Dash on Sunday night, behind a brace from Lindsey Horan and an insurance goal from Ana-Maria Crnogorcevic. Kealia Ohai got the lone strike for the Dash.

Portland opened the game on the front foot, holding possession well in the attacking third, and after 15 minutes of probing, the Thorns got their opening goal courtesy of a header from Horan. A throw-in in Houston’s defensive half found the feet of Emily Sonnett, who sent a well-weighted ball into the box, which Dash keeper Jane Campbell went to punch, but she missed awkwardly. Almost simultaneously, Horan had no trouble diverting the ball into an open Houston net, giving the Thorns a 1-0 lead.

The second Portland (and Horan) goal would come in almost exactly the same time-frame as the first, this time on a set-piece sent in from Tobin Heath in the 31st minute. A foul just outside the box was called on the Dash, and Heath sent the ball into the box. Crnogorcevic got a header on frame, and Campbell attempted to divert it over the cross-bar, but a mistimed jump gave Horan the easy opportunity to tap it home, and put the Thorns quickly up 2-0.

After a reactive half hour, the Dash found their way into the game, and not five minutes after Horan’s second goal, the Dash pulled one back. Taylor Comeau ran against Meghan Klingenberg on the right side, beat her defender, and sent a ball in that Adrianna Franch had to intercept. Franch couldn’t handle the ball cleanly, and Kealia Ohai was there to tap in the rebound to make the score-line 2-1.

Not long after Houston’s first goal, they had a legitimate reason to believe they should have been given the opportunity for an equalizer, after Franch hit a ball right into Rachel Daly, and then dragged Daly down in an attempt to keep the striker from grabbing possession in the box. However, no penalty was called and the half would end 2-1 in favor of the Thorns.

The second half didn’t yield as many goals as the first, though Portland would solidify their lead almost immediately after the whistle had blown in a strike from Crnogorcevic. Hayley Raso collected the ball at the top of the box, and slotted a pass in for Crnogorcevic to send far post and double the Portland lead.

Raso herself thought she’d gotten her first goal of the season some minutes later, but the assistant ref ruled her header offside, and the final 3-1 scoreline would hold. The result still keeps the Thorns outside of a playoff position, but they’ll carry the momentum into a game against Sky Blue on Saturday, the 21st of July. Houston will try to bounce back against the Washington Spirit the same evening, though all teams are likely to be without their US Women’s National Team players for the games that weekend.