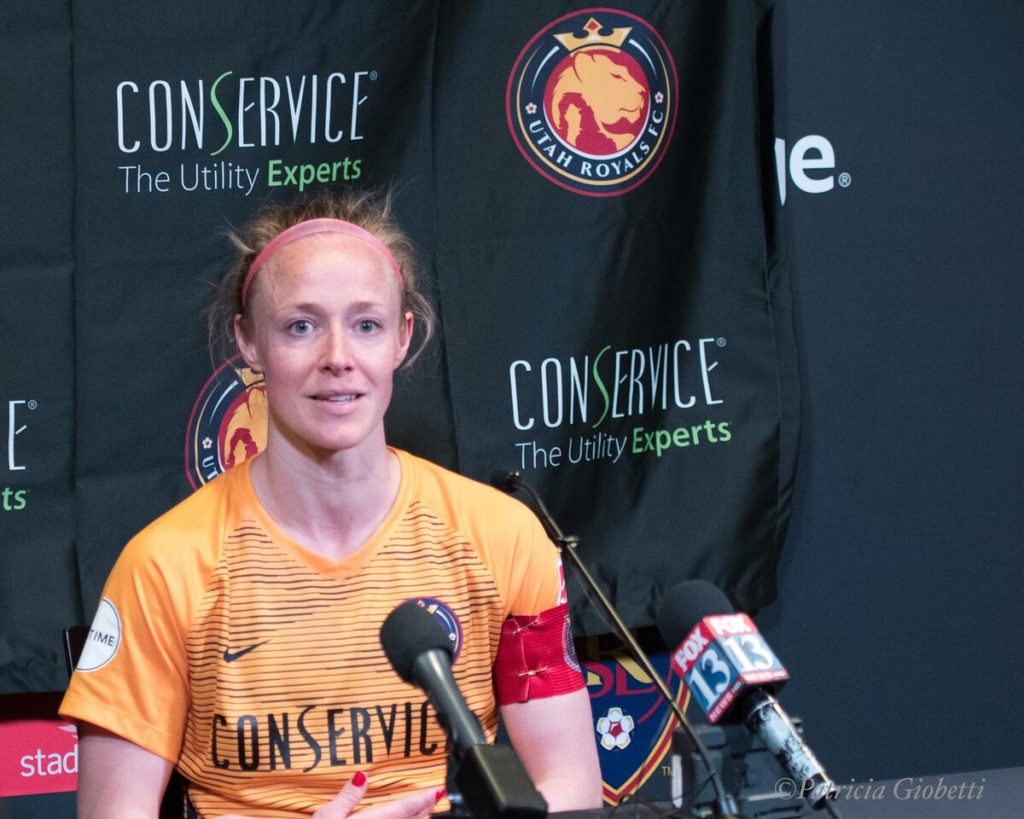 Also in today’s roundup, Casey Stoney is set to premiere book series in 2019

The #NWSL injury report for tonight’s Week 16 games has been updated to add two players as Out:

Earlier today, the NWSL injury report was updated to include two new players as Out for the midweek matches this evening. Becky Sauerbrunn will not join the Utah Royals as they take on the Seattle Reign due to a left tibial stress reaction, and Jaelene Hinkle will miss the North Carolina Courage’s match against the Washington Spirit due to a left quad strain.

While Hinkle’s quad strain sounds like an injury that could only hold the left-back out for one or two matches, a left tibial stress reaction could keep Sauerbrunn off the field for a bit longer, perhaps resulting in her being a scratch for the US Women’s National Team squad in the upcoming Tournament of Nations. That tournament begins on July 26th, and will run through August 2nd.

I am excited to announce that I am teaming up with @KRPBooks on a series of children’s books launching next year. Having three children of my own makes this project particularly special. Kids have incredible imaginations so I want to make sure that the books are hugely enjoyable pic.twitter.com/xUfuwWYP3Z

Yesterday, Casey Stoney (former England National player and head coach of the newly-announced Manchester United Women Football Club) announced she’d be launching a children’s book series starting in 2019. As of now it’s unclear whether or not the books will be soccer-related.

Stoney recorded more than 100 caps for the England Women’s National Team, and announced her retirement as a player in 2018. After working as part of Phil Neville’s staff for her international side, it was announced on June 8th that she would be the first manager of the Manchester United Women. She’s expected to be announcing the inaugural squad for the FA Women’s Championship side in the upcoming weeks.