Sam Kerr’s subdued Sky Blue return: ‘I felt like I was going to cry at some points in the game’ 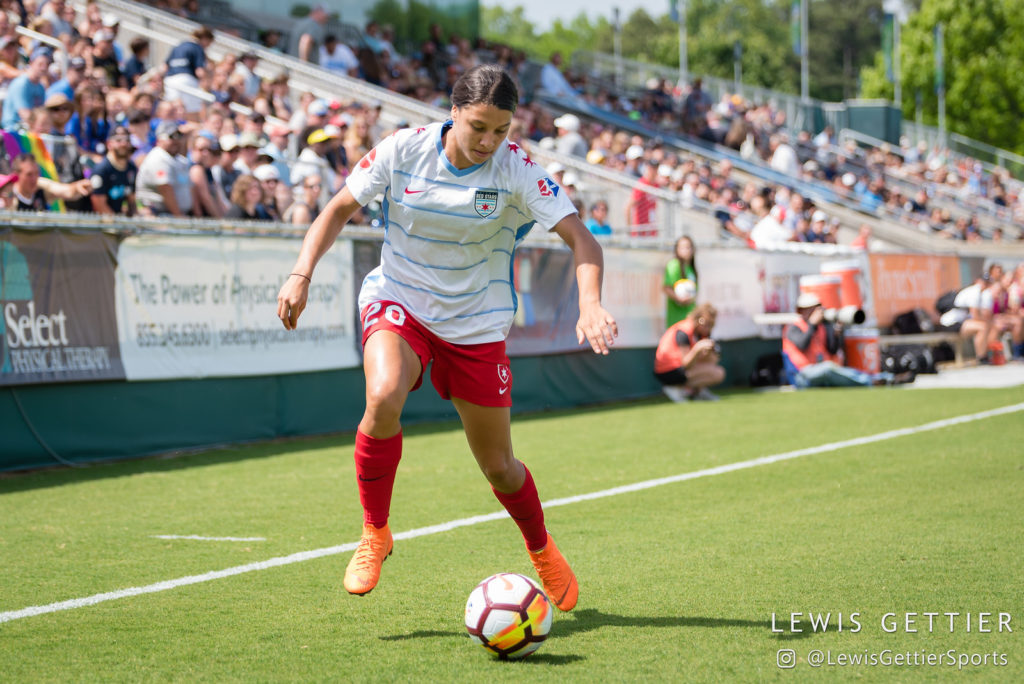 PISCATAWAY, N.J. — As ESPNews showed the score of the Chicago Red Stars-Sky Blue FC match on Saturday, Jenn Hildreth relayed that Sam Kerr had scored all three goals for the Red Stars and remarked that there must have been lots of backflips at Yurcak Field. There were not.

Kerr made a triumphant return to the field on which she created so much magic during her MVP season of 2017. Her three goals made her the first Red Star with an NWSL hat trick, the first National Women’s Soccer League player with three career hat tricks and the first with 50 career goals (she ended the night with 51). She now leads NWSL with eight goals in 2018. But in the end, Kerr was in no mood to celebrate the occasion.

“If I’m honest I didn’t enjoy it,” Kerr told a small group of reporters after the match. “I wish things were better here and that I could stay. It just sucks that that’s the way it had to be.”

Kerr spent three seasons with Sky Blue, never reaching the playoffs. In 2017, she was finally able to stay healthy and went on a scoring binge rarely seen before. Her 17 goals came in various bunches and dramatic sequences. One of them salvaged a 2-2 draw against the Red Stars.

“I know coming in we’d asked a bunch of questions about how does it feel to be back and all that,” Red Stars captain Julie Ertz said. “She absolutely loves her old teammates. Realistically she wants to do well every single game. I’m sure, in general, this is another NWSL game for her where she wants to do well, but obviously playing here where she had such an amazing season last year, of course it’s going to be close to her heart.”

Close to her heart, but more in an aching way than anything else. …

Access the best women’s soccer coverage all year long
Start your FREE, 7-day trial of The Equalizer Extra for industry-leading reporting and insight on the USWNT, NWSL and beyond.
Subscribe
Existing Users Sign In Here
Related TopicsExtraFeaturedSam Kerr

The Equalizer Podcast, Episode 17: Submitting ourselves to the DisCo
Monday Roundup: Sky Blue puts out statement to fans