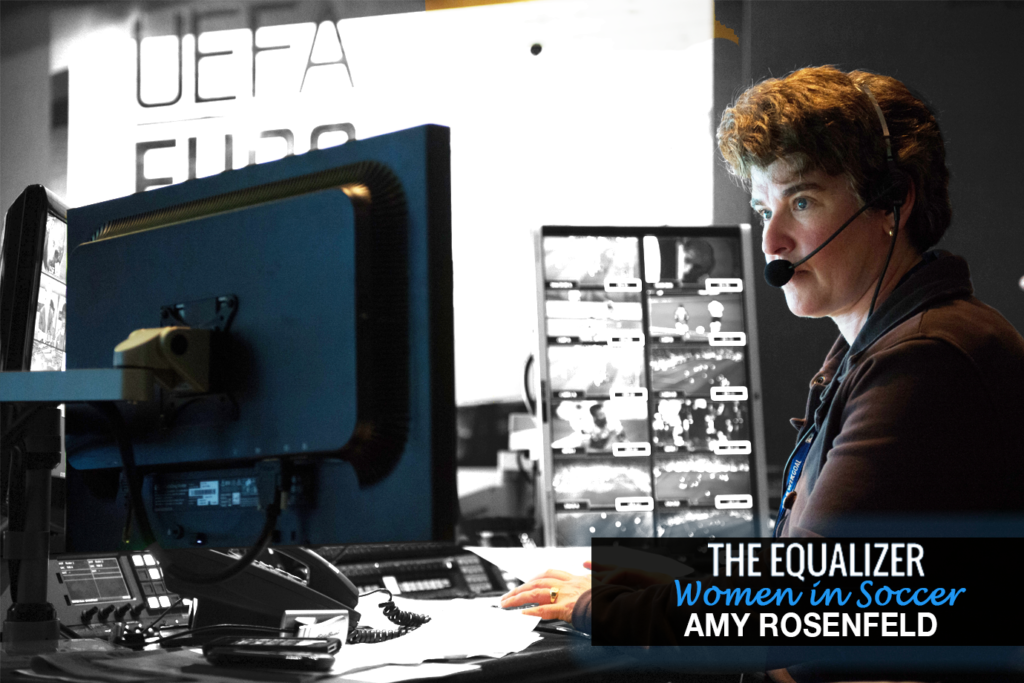 Throughout June, Equalizer Soccer will be profiling women who have become leaders in their parts of the soccer world. From the sidelines to the front office, from the business end to behind the cameras, EQZ will bring you the stories of some of the most influential women in North American game – those making their impacts beyond the field.

For the first time in 20 years, Amy Rosenfeld is watching the World Cup from home. Not from an elaborate studio in an exotic location, or even from a production truck somewhere in California. Instead, she’s watching this year’s tournament as a fan, from the comfort of her own couch.

That’s because ESPN, where Rosenfeld is a senior coordinating producer at ESPN, lost out on the broadcast rights to this year’s World Cup to Fox. As a result, Rosenfeld has remained stateside, overseeing production of events like ABC’s coverage of the Indianapolis 500.

“I haven’t watched a World Cup as a fan since 1998,” Rosenfeld, who until this year served as the lead producer of every English-language World Cup telecast in the U.S. since 1999, told The Equalizer.

“I have a huge appreciation for the work that Fox has put into this. There’s probably a ton of issues that they’ve had to confront that comes with Russia versus what we had in Brazil. So as I watch the games, yes, I’ll be a fan, but I’ll also be a fan of Fox because I have a pretty good sense of how much goes into pulling off an event of this magnitude.”

Since joining ESPN on a permanent basis as a producer in 2007, Rosenfeld has quickly moved up the ranks, becoming a content producer in 2011 and a coordinating producer in 2017, a promotion that now has her overseeing all of the network’s soccer content in addition to a variety of other sporting events. That lends itself well to Rosenfeld, who grew up watching the game with her father …

Access the best women’s soccer coverage all year long
Start your FREE, 7-day trial of The Equalizer Extra for industry-leading reporting and insight on the USWNT, NWSL and beyond.
Subscribe
Existing Users Sign In Here
Related TopicsExtraFeaturedWomen in Soccer