Also in today’s Roundup, the Royals make more player moves, the NWSL arrives at the ESPYs, and Sky Blue makes a coaching change

At the same time, I am extremely excited to be joining one of the most outstanding women's soccer environments in the world @utahroyalsfc. I promise to give my all! pic.twitter.com/Myx7383JpF

The final piece of the NWSL’s latest blockbuster trade is now in place. After completing negotiations with her current club, Göteborg FC in Sweden, to end her contract early, Christen Press confirmed via her twitter account yesterday that she will be playing with the Utah Royals for the remainder of this season. Press’ rights were traded by the Houston Dash back to the Chicago Red Stars, who flipped them in a simultaneous trade to the Royals.

Press joined Göteborg for her second stint with the club in March after she was traded to Houston. Her contract ran to July, but Göteborg and Utah were able to come to an agreement, and Göteborg released the striker early. Equalizer contributor John Halloran reports that Press will be allocated by US Soccer, as she was on the original allocation list earlier this year for Houston despite never suiting up for the club. Press could make her Royals debut next Wednesday against Seattle.

{Related: The Equalizer Podcast: Rory Dames breaks down the trade} 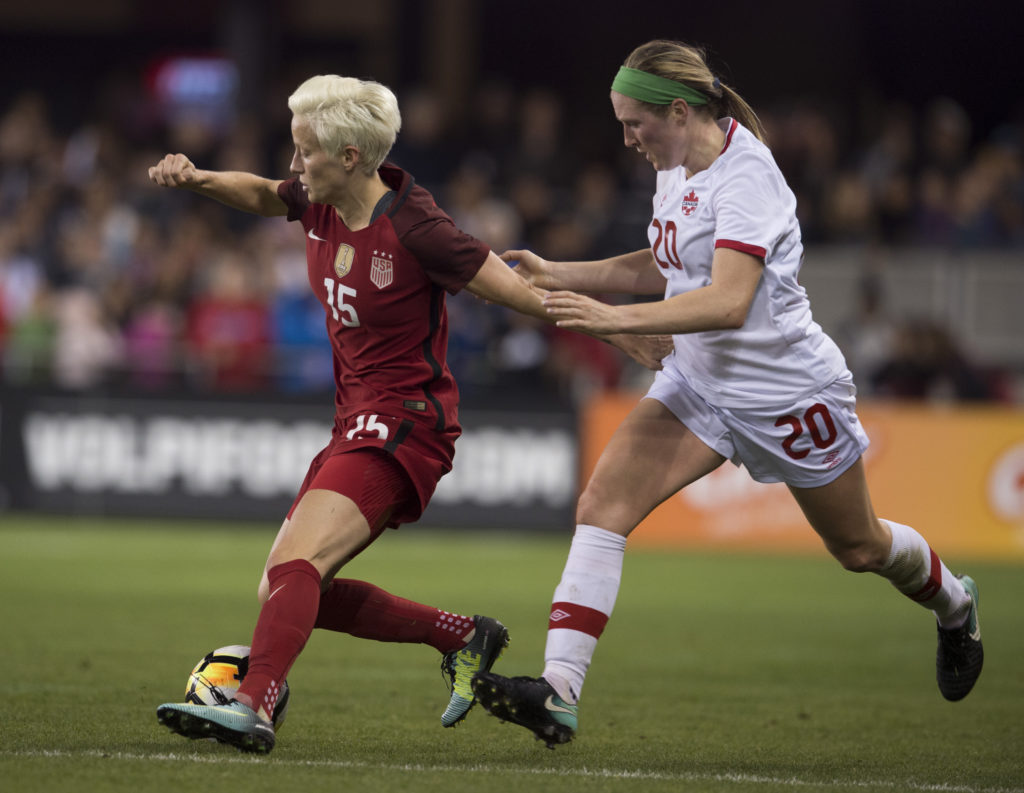 In further roster moves out of Utah, the Royals have waived midfielder Maegan Kelly and released goalkeeper EJ Proctor. Kelly was part of the group that made the move from FC Kansas City but did not make any appearances for the Royals.

Kelly, a Marquette product, was drafted by Kansas City in 2014 but did not sign with the club until 2017. She scored five goals for FCKC last season and earned up first call up by the Canadian National Team. She made her debut for Canada against the US last November and has since earned five appearances for the team.

Proctor was drafted by Utah this year out of Duke. She served mostly as a practice player but did suit up for the team once as a National Team Replacement Player while Abby Smith was with the USWNT, although Proctor did not get any minutes.

The ESPYs have been around since 1993. Initially presented by ESPN but now presented by ABC, they were created to recognize individual and team excellence in Isports performance and achievements. The ESPYs previously had Best Soccer Player (won by Mia Hamm in 2000 and 2005), which was temporarily split between genders (Hamm also won Best Female Soccer Player in 2004). They added best MLS player in 2006. Most recently, the USWNT won Best Team in 2015 shortly after their World Cup victory.

Once a Metro is reporting that Sky Blue FC and assistance coach David Hodgson have gone their separate ways, citing a conflict between Hodgson and head coach Denise Reddy. This was Hodgson’s second season with the team, joining former head coach Christy Holly in 2017. Hodgson helped lead the team after Holly’s abrupt departure prior to the end of the 2017 season.

Sky Blue is currently last in the NWSL with a record of 0-9-2. This is the second time so far this season that an NWSL team has let an assistant coach go, as former Houston Dash assistant coach Lisa Cole departed in April.