Short, DiBernardo give Red Stars boost with returns from injury 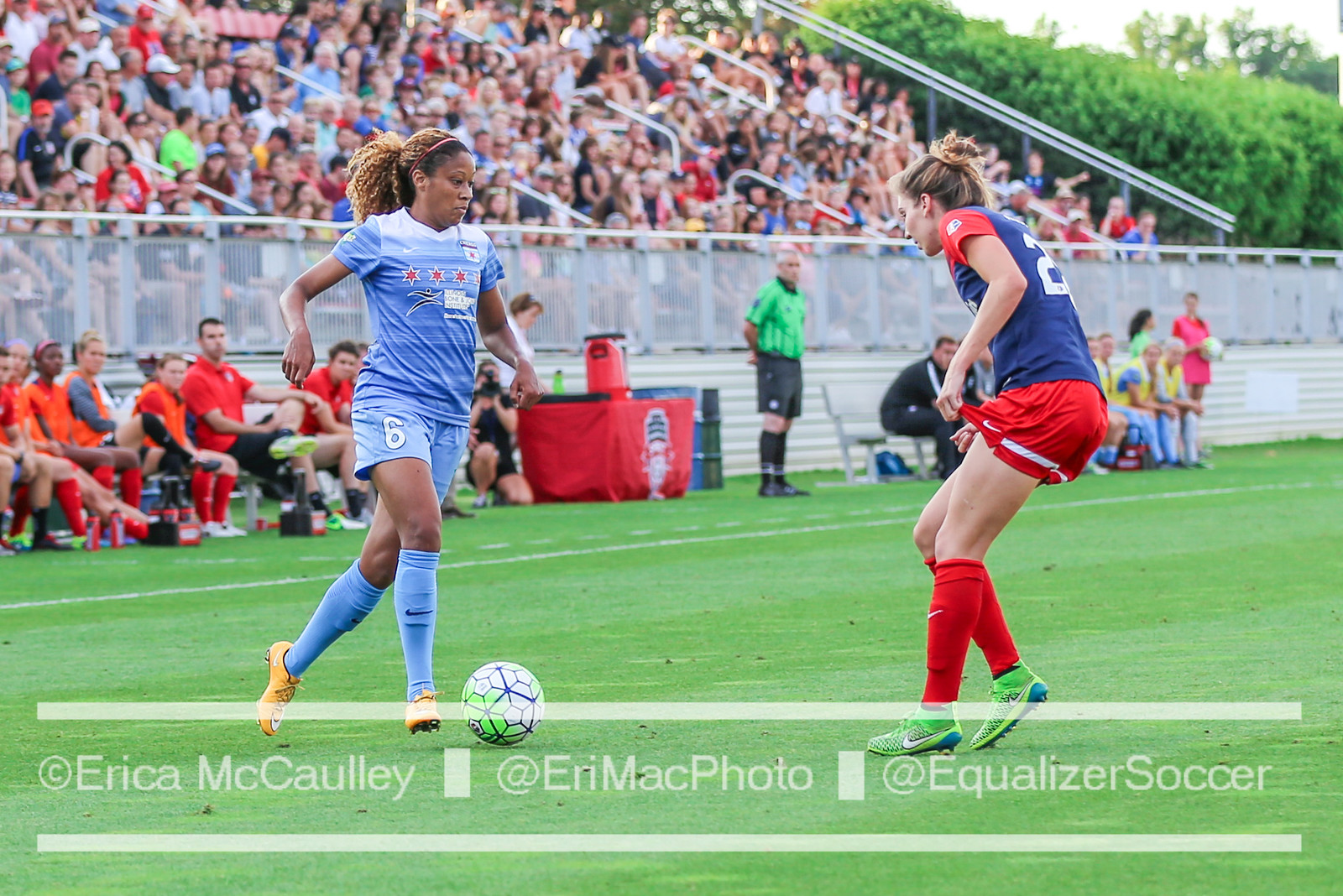 Casey Short (pictured, left) and Vanessa DiBernardo both made their 2018 debuts on Saturday (photo copyright EriMac Photo for The Equalizer)

BRIDGEVIEW, IL – Between injuries and national team commitments, the beginning of this season turned out to be pretty challenging for the Chicago Red Stars.

Despite returning a solid core, which had earned three straight playoff appearances, the spring began with Julie Ertz, Casey Short, Yuki Nagasato, Vanessa DiBernardo, and Rosie White sidelined with various ailments. To top it all off, newcomer Sam Kerr—the league’s reigning Golden Boot winner and MVP—would miss the first month of the season while on international duty with Australia.

On Saturday night in Chicago, the Red Stars received a big boost, finally returning the last of that group to action as Short and DiBernardo each saw their first minutes of the 2018 season.

“It felt amazing,” Short told the media after the match. “Obviously, it’s been a long road back—pretty emotional to be back on the field.”

“It was good,” added DiBernardo. “It was a little nerve-wracking on the side when you’re getting into your first game, but it’s good to be back.”

Short’s injury, a rolled ankle, initially occurred back in March, while on duty with the United States national team. At first, it didn’t seem that serious with the player assuring fans via Twitter that she was okay and U.S. Soccer listed her as “day-to-day” ahead of the final game of the SheBelieves Cup.

Proud to be a part of this team of amazing women. What a tournament ?? and the fans were incredible as always. Also wanted to thank everyone for the love and support. I’m already jogging and will be back out there very soon ♥️?

“At first, they didn’t think it was that bad—maybe a couple of weeks [out.] We got an MRI and it was worse than we thought and it ended up being a little bit longer,” explained Short.

“It was just something that happened over time,” she recalled. “I had a stress reaction on my pelvis. I got an MRI and that’s what it showed. I was a little cautious, just because of where it was at.”

Stalwarts for Chicago over the past several years, the duo missed the entire first half the season. Now back, they should provide the team with a needed boost.

“We’re adding two excellent players back into our lineup,” noted midfielder Danielle Colaprico. “It’s awesome to have Casey back, getting up and down the flank and Vanessa is excellent in the midfield. I think we were kind of missing her all year, connecting the pieces with us in midfield. It will be great to have both of them back.”

Head coach Rory Dames added that the two should provide an important emotional lift to the squad, especially in light of the team’s pending roster shifts.

“Emotionally, it was a huge lift, right? They’re such big pieces of what we do,” said the coach.

Praising Short as the best outside back in the league and DiBernardo’s ability to break lines, he later added, “They’re huge for us from a performance standpoint, but just that mental lift for the group after everything that’s gone the last 48 hours, I think, was huge.”