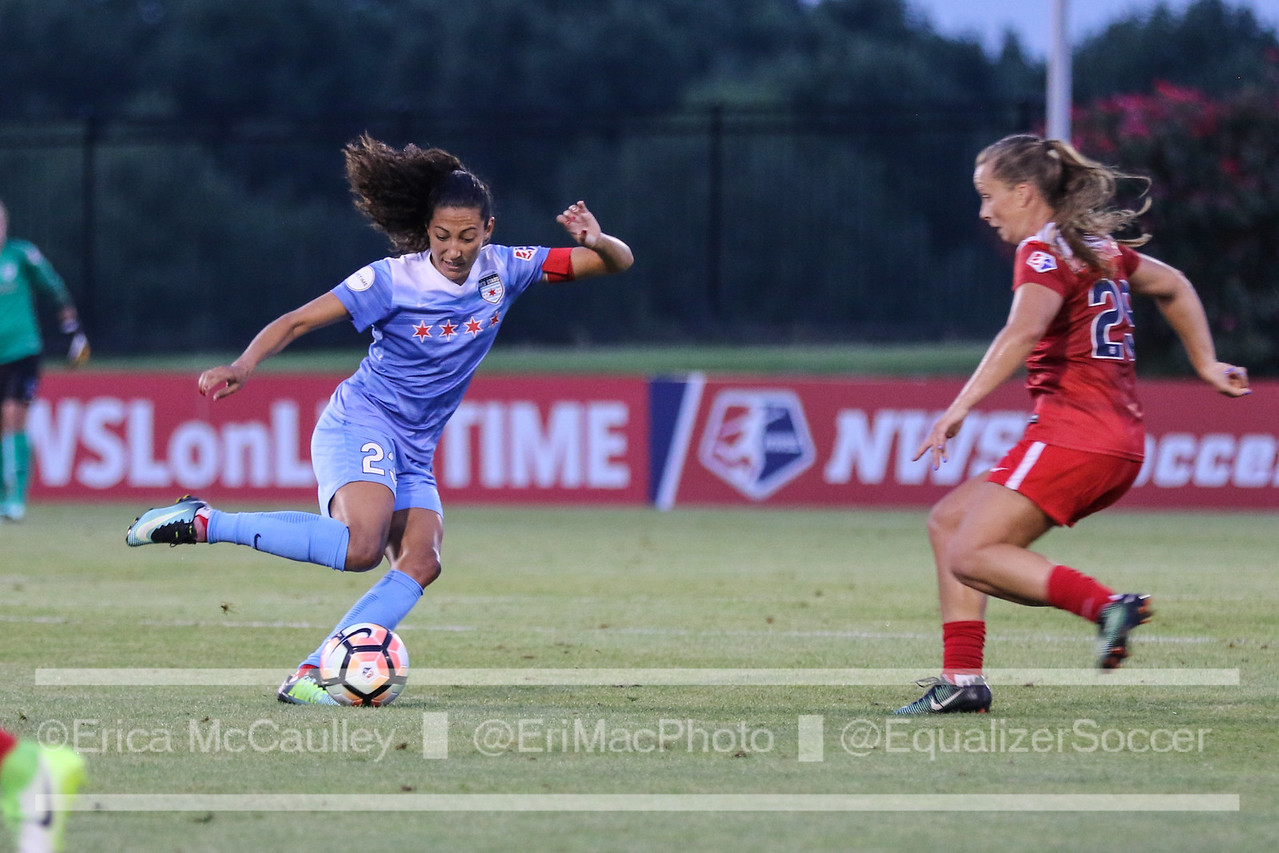 For the second time this year Christen Press is part of a major, three-team NWSL trade. This one will send the rights to the superstar, as well as defender Sam Johnson, to the Utah Royals, Sofia Huerta and Taylor Comeau to the Houston Dash, and defender Brooke Elby to the Chicago Red Stars.

Chicago traded Press to Houston in January, but the forward never suited up for the Dash, electing to head to Europe instead. However, Houston kept her rights in the interim and, in this trade, sent those rights back to Chicago along with a conditional first-round pick in the 2020 draft to Chicago for Huerta and Comeau.

The Red Stars then moved the rights to Press, as well as Johnson, to Utah in exchange for Elby and five draft picks, including the overall No. 1 pick in the 2019 draft, Utah’s other first-round pick in the 2019 draft (previously acquired from Seattle), conditional first and second-round picks in 2020, and a conditional first-round pick in 2021. The Royals previously secured the first overall pick in 2019 as a condition of their franchise agreement.

Podcast: Richard and Claire discuss the trade before it ever happened!

In total, Chicago will pick up six draft picks and Elby. The Red Stars are expected to rely on Julie Ertz and Sarah Gorden at center back alongside Katie Naughton to replace the departing Johnson, who has started nearly every game for Chicago over the past three and a half seasons. The acquisition of Elby will compensate for the loss of Comeau at outside back, but replacing Huerta—who won Player of the Month honors in April—will likely prove more difficult.

Morgan Brian, who was in the stands for Saturday’s 1-1 draw to the Thorns, could also be headed back to the Red Stars soon. The Equalizer’s Kieran Theivam reported last month that Brian was set to depart Lyon for a return to NWSL.

Houston, in adding Huerta and Comeau, picks up two experienced NWSL players, who have amassed 134 league appearances between them over the past three and a half seasons. In exchange, they lose a draft pick and the rights to Press, a player who was clearly never going to suit up for the team. Both Huerta and Comeau are also extremely versatile and able to play multiple positions along multiple lines. Both should provide an immediate boost to the Dash who have surprised many observers by remaining in the thick of the playoff hunt this season.

Utah adds Johnson and Press, who at her best, is one of the best forwards in the league, if not the world. During her time in Chicago, Press scored 36 goals and helped lead the team to three straight playoff appearances. However, the cost for the striker is steep, with the Royals losing four first-round draft picks and a second-round selection in the exchange.

The Equalizer Podcast, Episode 14: Breaking down the trade that no one wants to announce
Chicago’s blockbuster trade doesn’t eclipse short-term goals