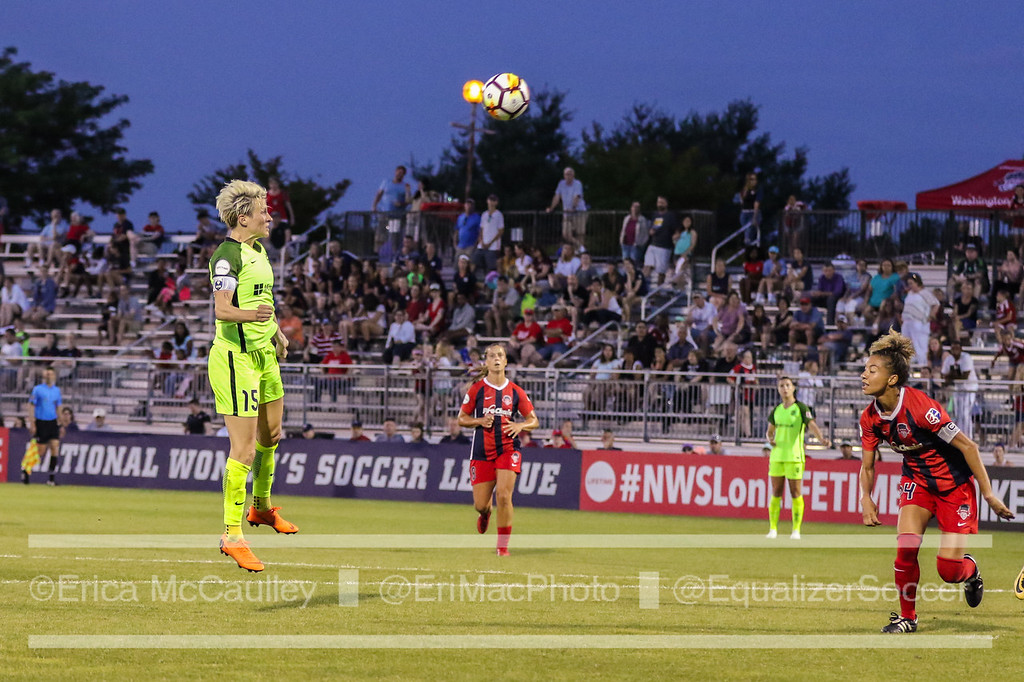 Megan Rapinoe, whose 2nd half penalty was saved, heads a ball against the Washington Spirit on Saturday (photo copyright EriMac Photo for The Equalizer)

Equalizer Podcast! Richard and Claire decided to deactivate Dan as part of the looming trade that now hangs overall of NWSL. They discussed said trade at length as well!

Attendances for the Week

“I reacted like we had just won the world cup! I was so happy because it is so hard coming here. We won, and we did what we had to do. We worked as a team and we fought hard.”

Short, DiBernardo give Red Stars boost with returns from injury
The Equalizer Podcast, Episode 14: Breaking down the trade that no one wants to announce