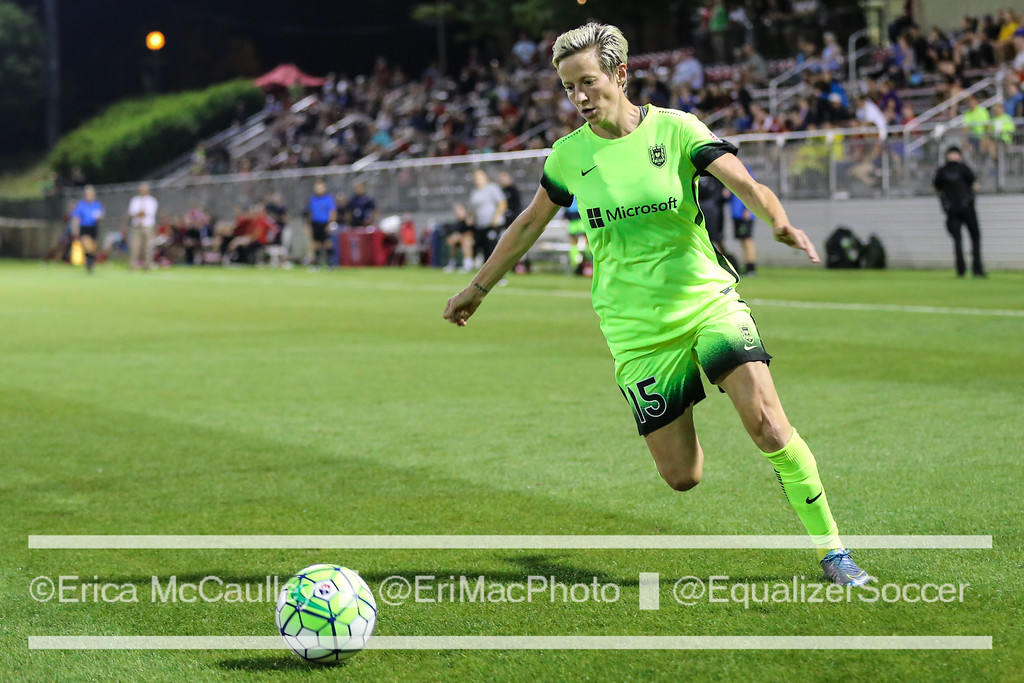 Which internationals could get a rest, does North Carolina pick up where they left off, and will we get Camila and Hayley Raso sightings? Find out all that and more as the NWSL returns from an international break for Week 12.

Will Megan Rapinoe continue her form?

Rapinoe was one of the few stars of the  US series versus China, notching an assist and a goal. If she can avoid injury and continue on the path that already has her tied for second-most goals in the league, she’s certain to be in the mix for MVP at the end of the year. There is an argument to be made that not only is Rapinoe the NT’s best player at the moment, she’s also playing some of the best and most consistent soccer of her career, even as she could be in the final years of said career.

And that applies to both club and country. The six goals she’s been involved in for the Reign make up nearly half of Seattle’s goals this season, and her pressure and ball-winning skills have contributed to tie for the stingiest defense in the league. Seattle has been in second place fairly consistently, but they’d like to put some separation between themselves and the rest of the table, where seventh-place Houston is only four points behind. Taking advantage of a depleted and less rested Spirit team could help, but with Rapinoe coming off over 120 minutes of soccer in less than a week, she may not be ready to go again, or at her best if she does.

Attending the game? Tickets are available from $25 at the official Washington Spirit website. For hotel options near the Maryland SoccerPlex, see Cheaphotels.org.

Can Utah pull off the upset this time?

The Royals were responsible for the Courage’s first dropped points this season, nearly upsetting the Courage on their home field back in April before a Crystal Dunn goal rescued the first of North Carolina’s three draws this year. After a very rough first half, the Royals came out of the locker room a changed team and scored two goals, leading the game for 14 minutes before Dunn spoiled the party. They outpossessed the Courage and limited them to only ten shots, a comparative low for the Courage.

The Royals are better now than they were in April, but the Courage appear unstoppable, taking a point home from Houston despite going without nearly their entire starting midfield, half their backline, and Dunn. Both sides have quite a few players returning from international duty, notably Becky Sauerbrunn (two full matches, both not her best), Dunn (two full matches covering many miles), and Utah’s Canadian complement, Desiree Scott and Diana Matheson, who started in a hard-fought game against Germany.

Can Shea Groom pull the trigger? 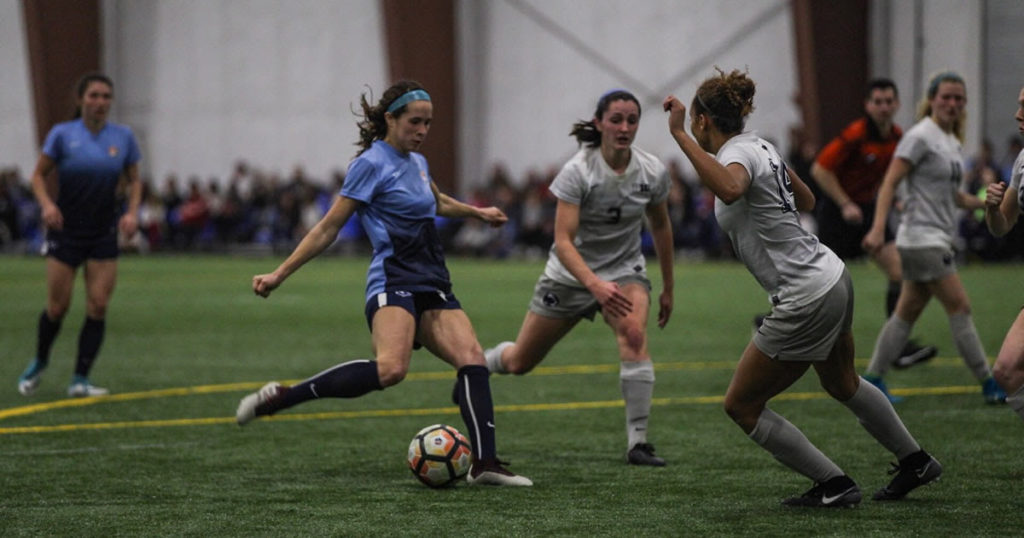 Sky Blue is one loss or draw away from tying the 2013 Reign’s record for the longest winless streak to start a season. They came as close to a win as they’ve gotten in last week’s scoreless draw against Washington and probably the only thing that denied them three points was Shea Groom’s hesitation in pulling the trigger. They’ll be without Groom this match so the scoring responsibility falls to Katie Johnson and Janine Beckie. Beckie is coming off international duty, but Johnson has the pace to get in behind Orlando’s defense and get on the end of a threaded ball from Carli Lloyd. It’s not really Sky Blue’s style, but as that’s not been working, it’s time to find something new.

To do so, they may have to face Camila at some point as the Brazilian is expected to be available for the first time since her ACL tear last season. Camila could be a temporary answer at right back, a position of weakness with the absence of Ali Krieger, and provide an attacking threat out of the back that the Pride have lacked. Another obstacle to a quick counter from Sky Blue is the Pride midfield, driven by Alanna Kennedy and much stronger than that of the Spirit which the Jersey girls were able to overwhelm or bypass.

Has Chicago gotten their mojo back? 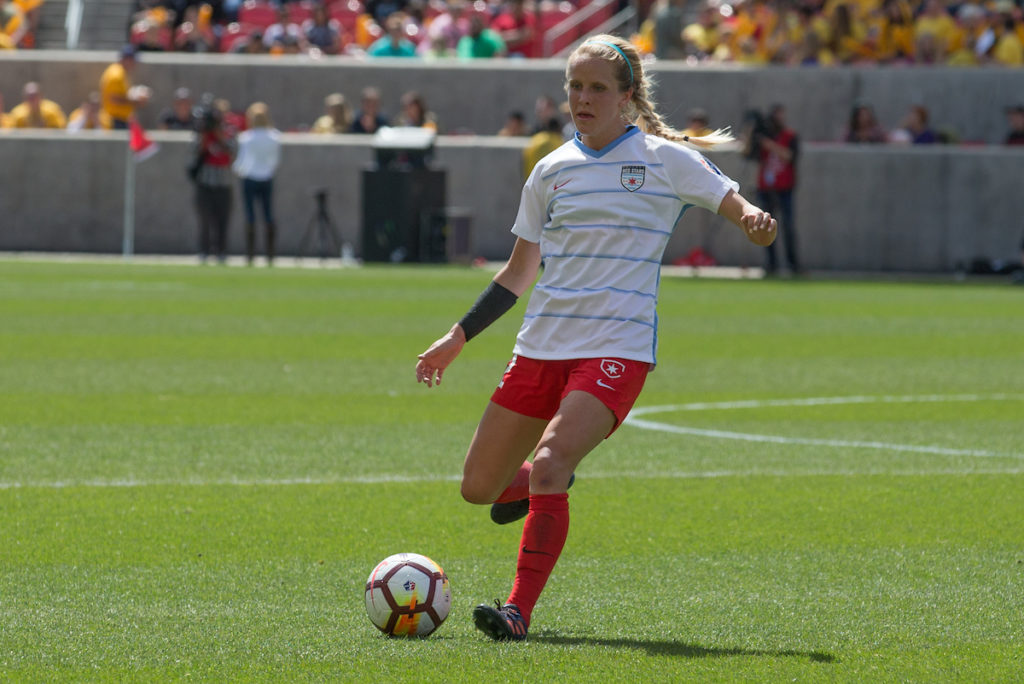 When last the Red Stars met, they shrugged off a seven-game winless streak to overwhelm the Spirit in some of the worst weather conditions seen in the NWSL, but the streak did its damage, dropping them out of a playoff spot. However, here’s a fun fact: two of their 15 points have come off teams in the top half of the table. So while Chicago may have gained momentum and confidence by beating the Spirit, maybe fifth place is really where they should be. One key here is Danielle Colaprico, who had a strong game in Maryland and who helped kick off the strong start to the season that Chicago enjoyed. But a caveat – she did it without Julie Ertz on the pitch. Since Ertz’ return, she’s been average and Colaprico has faded away. To truly prove themselves a playoff team, they have to figure out how to get their best players to work together again.

Not much would make a better statement than defeating a team they haven’t since June 2013. The Thorns have already extended that streak once this season with a bizarre 3-2 victory back in March. Much has changed since then, however, for both sides. Each side had a surge up the standings before getting embroiled in a slump. In are Aussies Sam Kerr and possible Hayley Raso, out is Adrianna Franch. In, and now out again, is Tobin Heath, in what has to be a painful blow for both the Thorns and Heath even if a minor setback. Like Chicago, Portland looked to be getting back on track themselves before a second-half dismantling at the hands of North Carolina two weeks ago.

Megan Rapinoe: She played a direct role in two out of three goals in the USWNT games.
Kealia Ohai: Her goal against North Carolina was classic Ohai.
Danielle Colaprico: The rain never bothered her anyway as she bossed the midfield against Washington.

The Washington Spirit injury list: The Spirit were so depleted at forward that they moved defensive midfielder Tori Huster up top.
Becky Sauerbrunn: Partly due to being played out of position, Sauerbrunn has certainly had better matches than she did against China.
Sofia Huerta: She’s not an outside back, and she proved it in Tuesday’s match against China.