Also in today’s roundup, Kim DeCesare trades her playing career in for coaching.

The North Carolina Courage will open up the 2018 International Champions Cup against PSG on July 26. (photo copyright Lewis Gettier)

The schedule for the inaugural International Champions Cup (ICC) Women’s Tournament was released on Thursday.

The North Carolina Courage will kick off the tournament, facing off against Paris Saint-Germain on July 26 at 6:15 p.m. ET at Hard Rock Stadium in Miami. Olympique Lyonnais and Manchester City will play the second match in the double header, kicking off at 9 p.m. ET.

The ICC will conclude on July 29 with the bottom two teams facing off in a third-place match that will precede the tournament final. Kickoff for that match is scheduled for 6:15 p.m. ET, with the final closing out the tournament at 9 p.m. ET. The final will be televised on ESPN2.

The tournament coincides with the Tournament of Nations, which also kicks off on July 26, meaning the Courage will be without any players called into camp for the U.S. France and England do not have matches scheduled for the July international window, so the other three teams will be relatively intact for the friendly tournament. 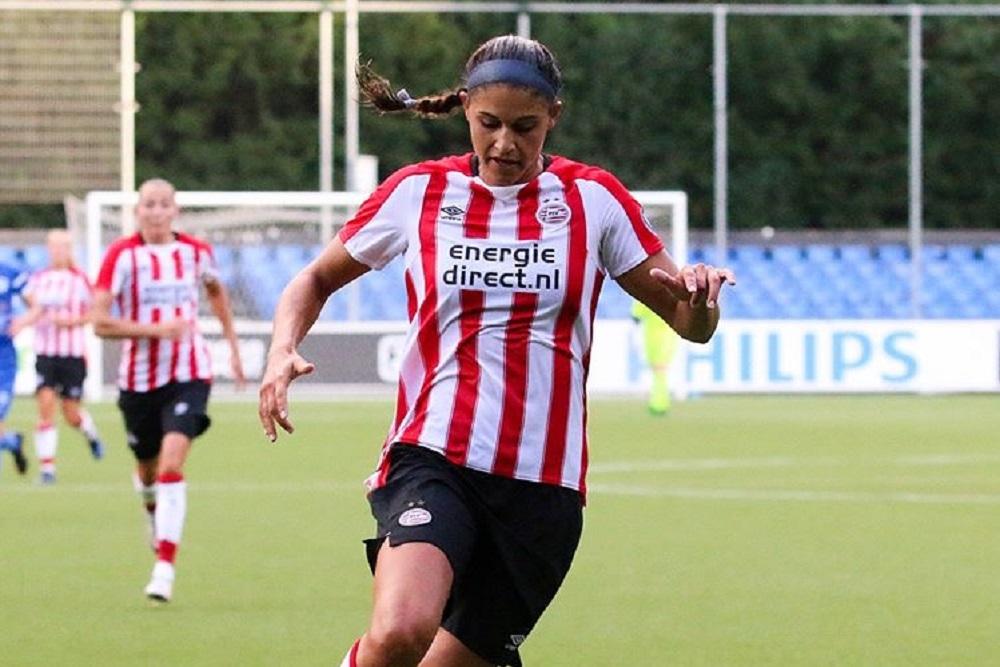 Former NWSL forward Kim DeCesare has been hired as an assistant coach for Elon University’s women’s soccer program for its upcoming season.

“From the time I was a freshman [at Duke], I knew I wanted to coach in the college game,” DeCesare said in the team’s official statement., “[so] I am thrilled to begin my career at Elon University.”

DeCesare returns stateside to join Elon’s staff after playing with PSV Eindhoven in the Netherlands for the past year. She played for Sky Blue FC from 2015-2017 and the Boston Breakers in 2014, with a stint in Sweden with Eskilstuna United DFF in between.

“It is easy to get a sense of Kim’s desire for success and her winning mentality will be the perfect fit for our culture moving forward,” head coach Neil Payne also said in the team’s release. “She joins our program on the back of a distinguished playing career and it is clear that the dedication and standards she has expected of herself will spill over into the team.”