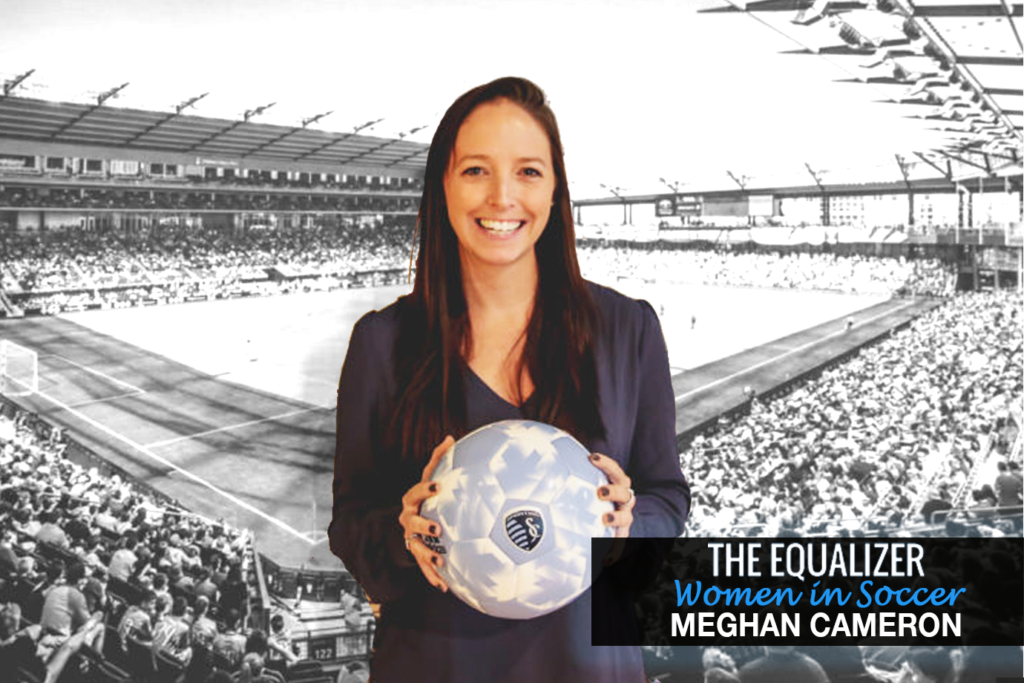 If you watched the 2018 Major League Soccer SuperDraft, you probably didn’t pay much attention to the staff on the floor. After all, the draft is all about which up and coming players will help your team to success in the new season (and the drama of the blockbuster trades that often accompany such picks). But if you had taken a look at the draft floor, you might have noticed something different – the presence of Meghan Cameron, Assistant Director of Player Personnel for MLS club Sporting Kansas City, and according to Cameron, the first female to have ever been on the MLS draft floor as part of a club’s technical staff.

“For eight years, I never even got to watch the draft because I was in the back behind,” Cameron said, as her previous role within the MLS office required her attendance behind the scenes, verifying picks and approving trades.

Cameron’s presence on the MLS draft floor is not the only time she’s done something no other woman has. When she accepted her new job with Sporting KC last fall, she became the first woman to hold such a high role on the technical staff of an MLS club. Within her responsibilities fall managing the salary cap, making sure the roster is in compliance with league rules, handling contract negotiations, and more, working on a daily basis with the development academy, Sporting’s USL side, and the first team. …

Access the best women’s soccer coverage all year long
Start your FREE, 7-day trial of The Equalizer Extra for industry-leading reporting and insight on the USWNT, NWSL and beyond.
Subscribe
Existing Users Sign In Here
Related TopicsExtraFeaturedWomen in Soccer