Seattle Reign midfielder Jess Fishlock has been appointed a Member of the Order of the British Empire (MBE) for her services to women’s football and the LGBT community. Fishlock is the most capped Welsh player of any gender, becoming the first to reach 100 caps for Wales. The award came the day after Fishlock helped Wales move one step closer to Women’s World Cup qualification with a win over Bosnia-Herzegovina.

Fishlock’s highly decorated club career includes two NWSL Shields with the Reign, for whom she is an original member, and being named to the NWSL best or second best XI in every season of the league thus far. Elsewhere, she has served a player-coach for two clubs (Cardiff City Ladies and Melbourne City FC), won two W-League regular season titles and Grand Final championships with Melbourne City, won a Grand Final and W-League title with Melbourne Victory, and received a UEFA Womens Champions League winners medal from FFC Frankfurt for helping the team on its championship run despite leaving the club prior to the final.

Fishlock first featured for the Welsh senior team in 2006. She has served as captain for many years and was named the Welsh Footballer of the Year in four consecutive years form 2011-2014. 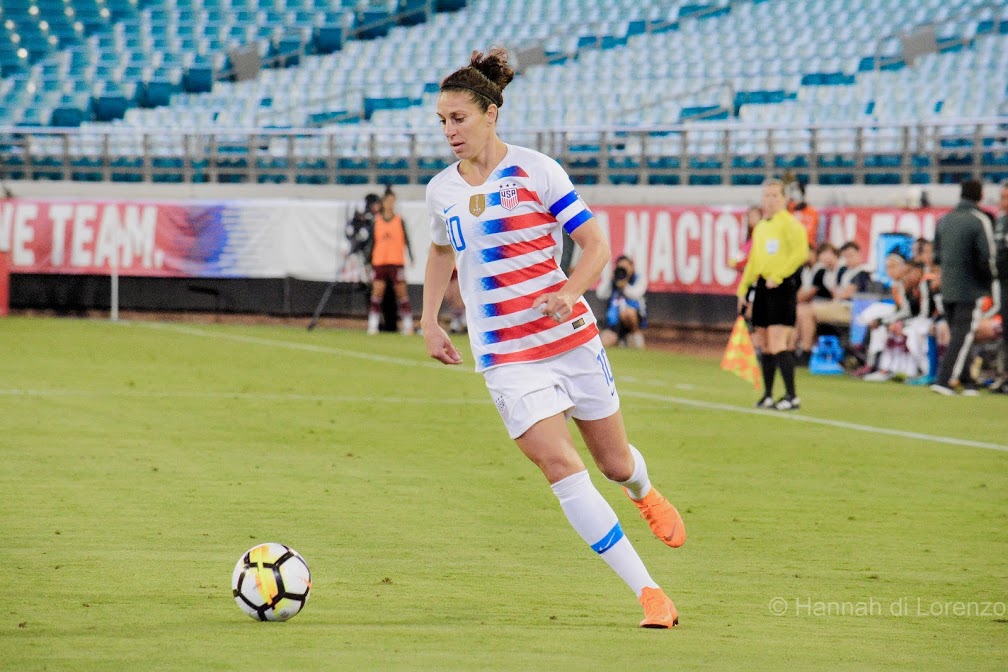 As previously reported by Chile, the USWNT will face Chile in a pair of friendlies on August 31 and September 4, the lone WNT games to take place between the Tournament of Nations (late July/early August) and the 2018 Concacaf Women’s Championship (October) which serves as the confederation’s qualifying tournament for the 2019 Women’s World Cup.

The matches will take place in familiar territory – Carson and San Jose, California. This will be the 14th USWNT match at Carson, home of the US Soccer National Training Center, which hosts a friendly nearly every January after the annual camp and last hosted the final match of the 2017 Tournament of Nations. This will be the 4th USWNT match in San Jose, where the USWNT defeated Canada last November.

Chile is currently ranked 40th by FIFA and recently qualified for their first-ever Women’s World Cup. They have never faced the USWNT. One player for the Chile WNT, Yanara Aedo, plays in the NWSL, having played first for the Washington Spirit Reserves before moving to the first team in 2017.

Iceland secured a crucial 2-0 victory over Slovenia to keep them one point ahead of Germany to lead UEFA group 5. Utah Royals midfielder Gunny Jónsdóttir went the full 90 while Glódís Viggósdóttir scored a second half brace. Slovenia, fourth in the group standings, takes on the Czech Republic in August. Iceland and Germany will battle it out for the group on September 1. Iceland, which has slowly been on the rise on the international scene, has never qualified for a Women’s World Cup; Germany has never failed to qualify and has two titles to their name.

Belgium cruised to an easy 7-0 victory over Moldova on Saturday, keeping them firmly in second place in UEFA group 6 behind Italy, who has already secured qualification. Former Western New York Flash midfielder Janice Cayman notched a brace, while Chloe Velde, Aline Zeler, and Julie Biesmans all tallied one. Nadejda Colesnicenco added an own goal, and Tessa Wullaert scored from the spot. Modolva will next take on Portugal in August, while Belgium faces Romania at the same time.

Dutch midfielder Tessel Middag suffered a knee injury during yesterday’s practice ahead of the Netherland’s qualifying match against Slovakia on Tuesday. This is the same knee that kept Middag out of last year’s EUROs and will be further evaluated at a later date. She will not be available against Slovakia. The Netherlands sits four points ahead of Norway to lead UEFA group 3, while Slovakia is in last place.

The qualification phase of the 2018 Africa Women Cup of Nations tournament, which serves as the CAF qualification tournament for the 2019 Women’s World Cup, concluded today. Eight teams, including defending champion Nigeria, will advance to the final competition. The results are as follows, with all scores an aggregate of two matches:

As the host, Ghana will also take part in the tournament. 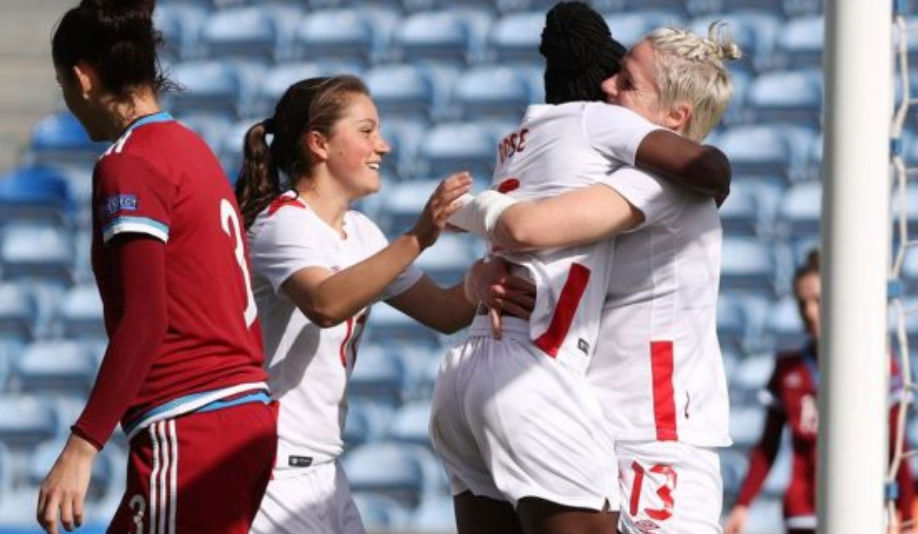 Third-ranked Germany defeated fourth-ranked Canada 3-2 in a friendly match yesterday. Svenja Huth started the Germans on the best possible foot by scoring in the first minute off a defensive error. Christine Sinclair leveled the score in the 59th minute with an assist from Janine Beckie, heading the ball over goalkeeper Lisa Schmitz. This was Sinclair’s 173rd international goal, putting her 11 behind all-time leading international scorer Abby Wambach, who retired with 184. Ten minutes later Canada pulled ahead when a wide-open Jessie Fleming scored off a Sophie Schmidt assist. However, the lead was short-lived as substitute Sara Däbritz scored just one minute later. Germany snatched the win in the 84th minute with a goal from substitute Turid Knaak.

The Football Ferns fell to Japan 1-3 in a match that was as notable for what happened on the field as off. A record-setting crowd – at 7236 the highest ever crowd for a women’s soccer game in the country – watched the Ferns play at home for the first time in three years.

However, the tactical approach of head coach Andreas Heraf as well his post-game comments drew criticism from many, including former captain and North Carolina Courage midfielder Abby Erceg.

Alright, I’ll say this once and I’ll say it well: These girls mean everything to me. I’ve grown up with them and probably spent more time with them than my own family. This shirt and that fern represent what it means to be a kiwi, the mindset and the attitude, the qualities and essence of being a NZer all rest in the stitching of that shirt. When I put it on, that’s what I want to represent along with the millions of people behind it and the blood sweat and tears that went into earning it. To put it on for any lesser reason is a disservice to the girls, to my country and to myself. I want to play to win, every time, coming onto that field swinging punches, kicking and screaming if I have to before I concede anything. I’d rather lose by one saying “we fucking went for it” than cowering in a corner. That’s my mindset, and if you tell me I can’t do that, then I can no longer represent that shirt with pride or conviction but I will always stick up for those girls. That’s the least I can do for them… @nzfootballferns #feelingfernieforlife

Despite bunkering down from the start, Mina Tanaka picked up a first-half hat trick. Seattle Reign midfielder Rumi Utsugi notched an assist on one of those goals. Meikayla Moore leveled the score at one apiece in the 18th minute but it wasn’t enough to deny Japan the victory.

Japan, who has qualified for the 2019 Women’s World Cup, is ranked 11th, while New Zealand is ranked 20th and will attempt to qualify during the 2018 OFC Women’s Nations Cup this November. They are the defending champions of that tournament.