Red Stars dig in, Spirit don’t on wild, wet day at the Plex 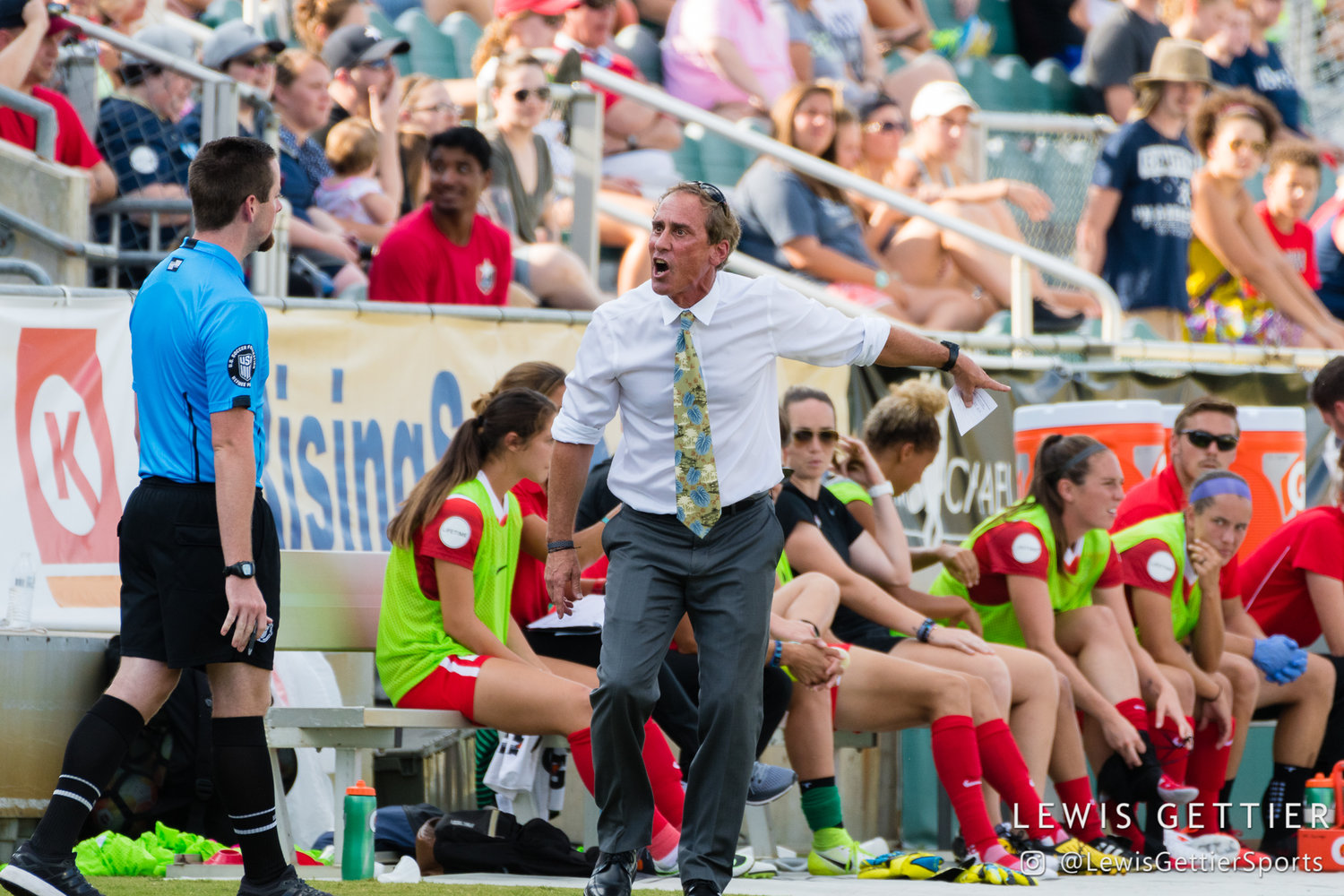 Those first two adjectives he used, however, just as easily could have described weather conditions which included rain so heavy it made it difficult to identify individual players. At this point, when Chicago and Washington meet outside the nation’s capital, chances are a weather delay or the threat of one looms.

While Red Stars coach Rory Dames may not appreciate the Maryland Soccerplex’s lightning detection system, he did appreciate the effort of his players on a night when they had to battle not only the Spirit but the elements to earn a crucial three points. The 2-0 scoreline in Chicago’s favor snaps a seven-game winless streak for the club.

FARLEY: Five things to watch during the USWNT-China matches

“I thought the group collectively was great and that’s credit to them,” Dames said. “That’s 100% on the players and their willingness to compete together and fight together tonight. It was never going to be a pretty game with the weather so our players had to roll up their sleeves and dig in a bit and they did.”

Gabarra also talked about willingness or rather, lack thereof, after the game ended nearly 5 hours after the final whistle was scheduled to blow. Once again, the Spirit’s attacking efforts were about as ineffective as either side’s efforts to move the ball through the waterlogged pitch in the final minutes of the first half.

Halfway through the season, Gabbara’s side is still suffering from the same ill-timed passes and inability to connect that were displayed in the first few weeks of the season. Although there have been notable individual moments of brilliance and even game long performances, the team hasn’t worked together well as a unit in the majority of the year’s contests.

“It’s just the mentality of and willingness to get forward with the highest player,” Gabarra said in a response to a question about Ashley Hatch’s often isolation in the attack. “You ask teams to be compact defensively and then when we win the ball we have to be able to possess the ball so we can get into an attacking space… I think it’s really just a mentality, a willingness and a trust of doing it together rather than doing it individually.”

There’s no denying that, given Washington’s talent level, it’s surprising that the Spirit have yet to amass a double-digit amount of points. The team that was tagged by much of the media and coaches alike as one to watch as the season began is languishing in eighth place in the league standings.

Problems such as passing angles, maintaining shape, switching the point of attack and the like are issues that have prescribed measures for attacking, and ultimately solving. When the mentality of a team and a squad’s ability to work together is questioned by the coaching staff, the remedy is much less discernible.

If the problem is truly more about attitude and mentality then unless the Spirit are able to find an answer, the club will soon learn that unlike the band of thunderstorms that passed through the area on Saturday, the storm is just beginning in Maryland.