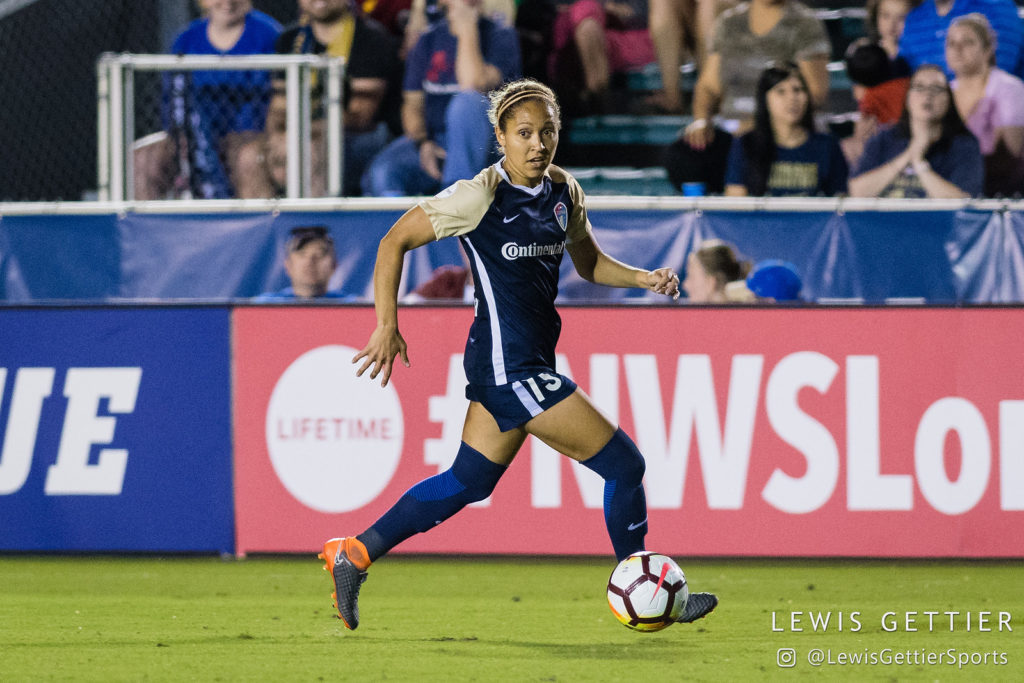 Women’s sports have been at the forefront of the fight for equality, support, and awareness for the LGBTQ community. Soccer has played a significant role in providing a safe and welcoming environment for LGBTQ footballers, fans and media.

The revealing comments made by North Carolina Courage fullback Jaelane Hinkle are a slap in the face to everyone that supports the growth and development of women’s soccer in North America and beyond.

“I just felt so convicted in my spirit that it wasn’t my job to wear this jersey,” Hinkle said in a recent interview with The 700 Club. “I gave myself three days to just seek and pray and determine what He (God) was asking me to do in this situation. I’m essentially giving up the one dream little girls dream about their entire life, and I’m saying no to it. I think there’s where the peace trumps the disappointment. I knew in my spirit I was doing the right thing. I knew I was being obedient.”

The fact that Hinkle would rather turn down a June 2017 opportunity in a friendly to represent her country, because she refuses to wear a rainbow pride jersey, speaks to her intolerance and sanctimonious beliefs.

Thousands of young girls and boys look up to their favorite NWSL players. They have dreams of one day representing their country on the international stage. Hinkle’s actions show that there is still a long way to go for LGBTQ support in professional sports.

Out athletes, like soccer players Megan Rapinoe and Robbie Rogers, and basketball players Sue Bird and Jason Collins, have been pioneers, advocates, and immense allies for the LGBTQ community.

However, Hinkle’s comments come off as tone deaf toward not only a large LGBTQ fan base in the NWSL, but to her very teammates for club and (previously) country who are LGBTQ allies. The NWSL is a leader when it comes to hosting pride nights, an important step in bridging the gap between the LGBTQ community, professional athletes, and sports.

If fans are not comfortable being themselves in their daily lives, an NWSL match is sometimes the only place where they can go, rock the rainbow, show pride, and feel safe. Imagine going to a match as an LGBTQ fan, and seeing Hinkle on the pitch: How safe and comfortable is that fan going to feel knowing that a player they cheer for does not accept them?

It’s easy to see why there has been anger, disappointment, and disdain. The fact that Hinkle uses God as a scapegoat speaks to how religious beliefs are too often used as a shield for discrimination. Many religions teach us to accept, welcome, and understand others are different from us. Hinkle clearly doesn’t adhere to that thinking.

House Bill 2, better known as the “Bathroom Bill” made international news when North Carolina decided they would tell transgender people the bathroom they should use. When U.S. President Donald Trump signed a memorandum in March 2018 to ban transgender people from serving in the U.S. military, that signaled a change in equality in United States. The rise in hate crimes against the LGBTQ community is another sign that discrimination is still tolerated.

There has been a significant societal shift in the U.S. that seemingly makes it easier under a guise to openly voice disapproval for how others live their life as LGBTQ. It’s no coincidence that this can be dated back to Tuesday, November 8, 2016.

North Carolina Courage and North Carolina FC owner Steve Malik released a statement via social media, but it failed to capture the point that’s upset so many NWSL supporters.

Soccer welcomes everyone. Our actions clearly speak for that support. Pride and Faith Nights are not incompatible. Faith acted on in personal conviction harming no one else deserves respect just as much as creating a welcoming environment for all. @TheNCCourage @NorthCarolinaFC

It’s all right to have your faith, but not at the expense of treating others as lesser people. There are role models in sport that excel at what they do on and off the pitch. We should look up to those individuals. It’s also vital to remember that there are some who are, unfortunately, unable to learn, grow, and accept others who are different from them.

Jaelene Hinkle’s narrow-minded view has likely demolished her own international career going forward. LGBTQ supporters deliver a largely progressive and supportive NWSL environment. It’s Hinkle who doesn’t have pride that so many supporters do.