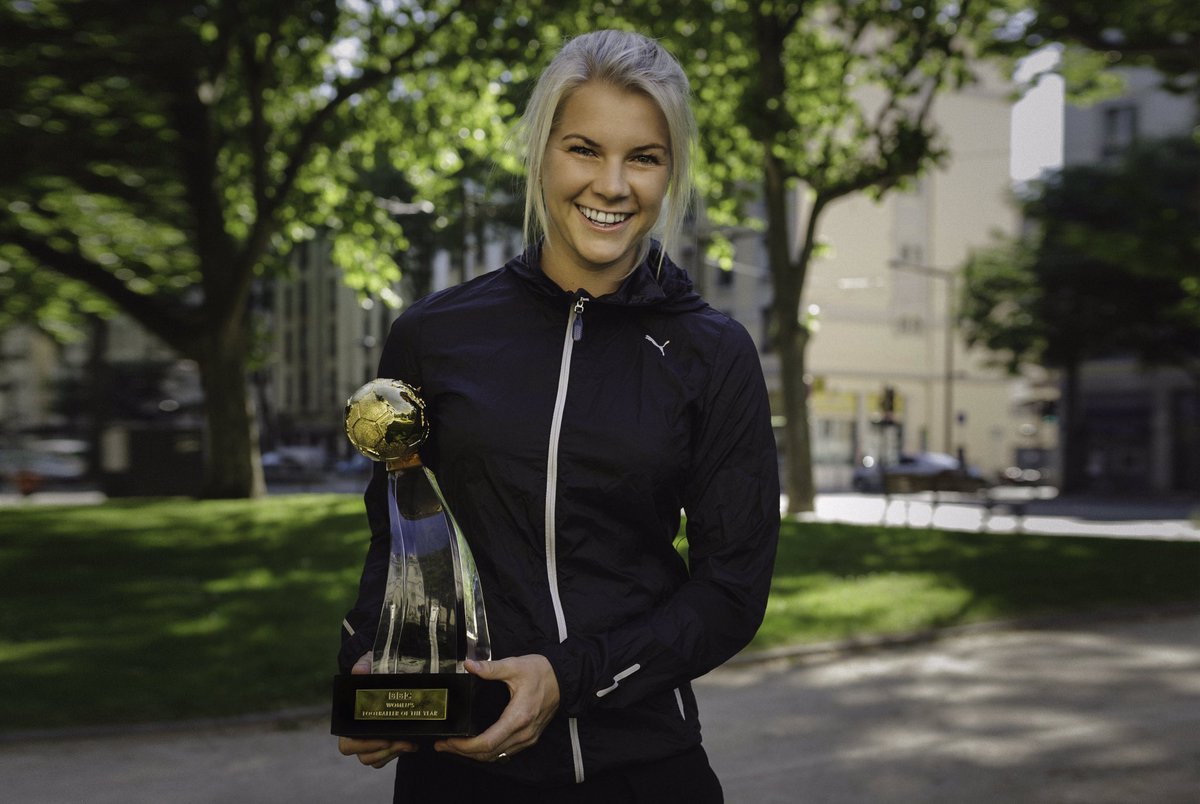 Former BBC World Player of the Year, Ada Hegerberg is signed with Lyon through 2021

Lyon forward Ada Hegerberg has become one of the best paid players in the world after signing a new contract with the club that will run through to 2021. The Norwegian striker has been in sensational form this year, scoring 53 goals in all competitions in the 2017-2018 season, which saw her side lift both the French D1 title and the Women’s Champions League for a third year in a row.

The 22-year-old now also stands alone as the Champions League’s record goal scorer for a single season after netting 15 goals in this year’s competition, beating her own record of 14 that she jointly held with Germans Conny Pohlers and Célia Šašić, and Iceland’s Margrét Lára Vidarsdóttir.

On her new contact, she said: “For me it is important to be in a club where I have the best conditions to develop my football skills. At the moment that is at Lyon. It is all about development.

“I will have a short holiday now and then I will follow my traditional procedures and evaluate last season, plan training for the summer and do some thinking about what kind of challenges I will meet next season. This evaluation is something I do together with my family every summer. What I will achieve is a product of how well prepared I am.”

Hegerberg has plenty of admirers and there is a suggestion that rivals Paris Saint-Germain were interested in signing her. Those that follow the game in Europe will no doubt hope that one day she might sample the NWSL. But for now, the Norwegian is where she wants to be, with no thought of moving elsewhere.

“My relation to the players and leadership in Lyon is so good that I want to continue to build on that,” she said.

Alan Naigeon of A&V Sports, the agency representing Hegerberg, added: “Ada is the most dedicated and ambitious women’s footballer I’ve ever seen. When Lyon reached out, she approached the process the same way and was dedicated to get the best, which is what she got.

“She has already broken a lot of records, but now she’s set to break many others.”