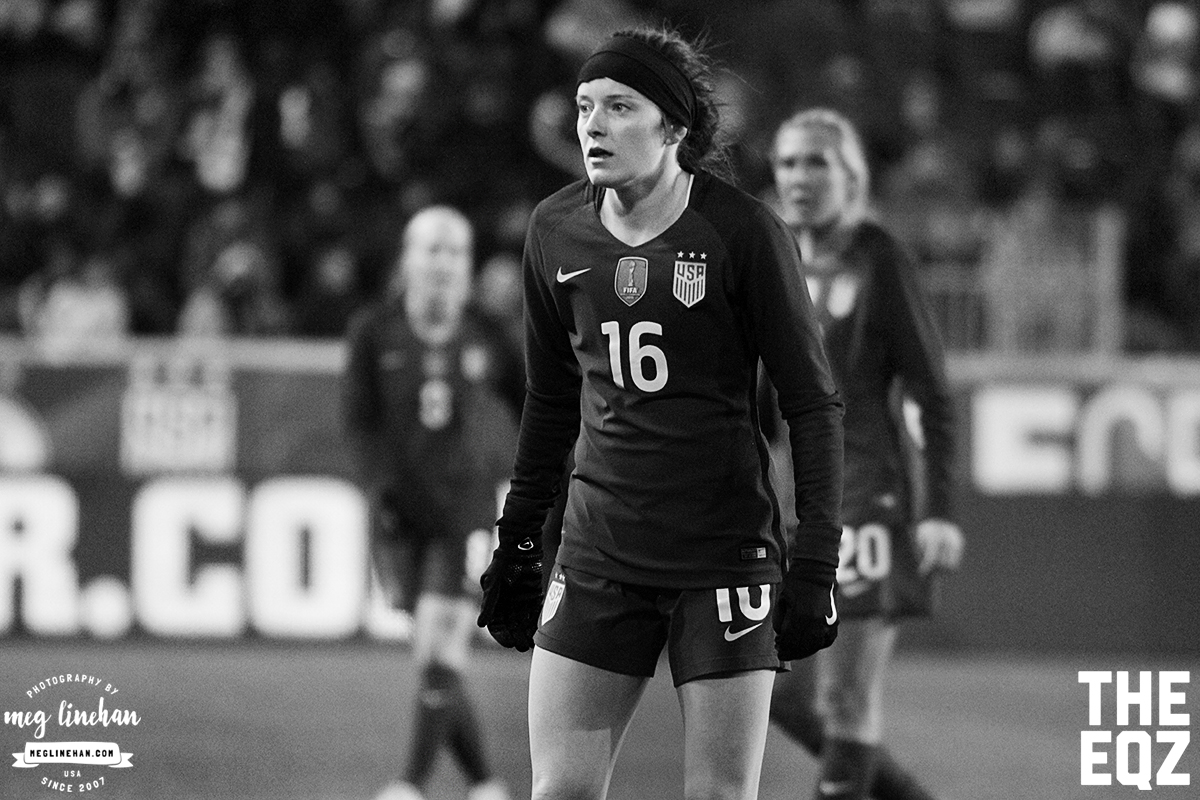 Jill Ellis has called in Rose Lavelle to join United States national team camp ahead of matches Thursday and next Tuesday against China. She will not be replacing anyone in the camp which now numbers 25 players. Eighteen will dress for each match.

“There’s been a measured process in place to bring Rose back to fitness, and based on her performance in training with her club and her status after her most recent Spirit match, it gives us an opportunity to integrate her back into the team,” Ellis said.

Lavelle played the final half hour in the Spirit’s 2-0 loss to the Red Stars on Saturday. It was her third match of the season after recovering from hamstring trouble and she has totaled less than 75 minute. It was enough though for Ellis to want to take a look.

“This has been a unique situation with Rose, and I want to thank Jim (Gabarra, Spirit coach) for being collaborative and communicative in her return to play plan. We’re excited to welcome Rose back into camp.”

Steph Houghton out of England qualifier

NEWS: England Skipper Steph Houghton has sustained an injury to her right knee and will miss Russia match this week. Requires surgery.
Arsenal's Leah Williamson has been drafted into Phil Neville's squad to replace her.

England will head to Russia for Friday’s World Cup qualifier sans captain Steph Houghton. The center back will undergo knee surgery. Leah Williamson has been called in to replace Houghton.

The Lionesses lead Group 1 and a result in Moscow will all but eliminate Russia from a chance to win the group. Wales currently sit between the two. Wales host Russia next week.

? @CarolineGrahamH broke a finger during Wolfsburg’s 0:0-draw against @fckoeln yesterday and successfully underwent surgery this morning. Will travel to the national team tomorrow nonetheless. pic.twitter.com/rZD9TGvjtG

Caroline Graham Hansen will not be skipping Norway’s qualifiers even after breaking her finger playing for Wolfsburg on the weekend. Graham Hansen has joined her national team which faces an awkard home-and-away with Ireland beginning Friday in Portadown. Norway trail Ireland by a point and Netherlands by four points with a match in hand on both. Group winners qualify for the World Cup and the top four runners-up advance to a playoff for an additional spot in France.