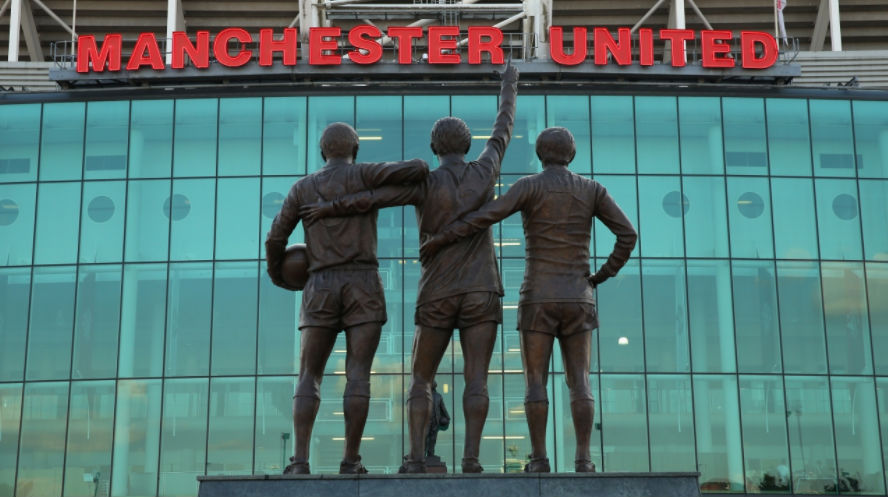 Manchester United will have a team in English football from next season after it was confirmed they will enter the newly named FA Women’s Championship, formerly Women’s Super League 2. The Red Devils, who have come in for criticism over the years for not investing in a women’s program, will start from scratch from next season after being granted a license by the English FA for England’s second tier.

Executive Vice Chairman for United, Ed Woodward, told the club’s website: “The board is delighted that the FA has approved the application. The new women’s team will build on the success of the Girls’ Regional Talent Club and have the same philosophy as all Manchester United sides, creating a pathway from academy to first team.

“We will be making some exciting announcements in the coming days and weeks. Starting a professional team from scratch is challenging but rewarding and we will make every effort to provide the support and experience for the new women’s team to be successful and to uphold the fine traditions of our great club.”

Other movement from Monday’s announcement sees West Ham United climb two divisions as they enter the Women’s Super League from next season after their application to join the new look top division was successful. Sunderland Women, responsible for producing a number of the current England roster, do not even make the top two divisions.

As expected, Manchester United enter the newly formed Women’s Championship, the league’s second tier of 12 teams, and will now look to build a team capable of promotion, with England assistant coach Casey Stoney expected to take on the role of head coach.

United will be joined by new names that include Lewes FC and Leicester City in the Championship. Charlton Athletic, who won the FA Women’s Premier League (third tier) play-off against Blackburn, take their place in tier two.

West Ham, who finished seventh in this season’s Premier League South, will join ten other teams, which includes Brighton & Hove Albion, who finished runners-up in FA WSL 2 this season. The other nine clubs nine clubs all played in WSL 1 last season.

The odd number of teams will, like the NWSL, means that each week, one club will sit out a round of fixtures.

Watford and Oxford are two more sides that do not make the top two divisions having been in Women’s Super League 2 since its formation, while many expected Southampton to make one of the top divisions. There is no room for Sheffield United or Crystal Palace, who are also believed to have bid for the second tier, along with Derby County.

Lewes, based in the south next to Brighton, announced last year that they were entering into an equal pay deal for their men’s and women’s sides. They will be a popular addition to the Women’s Championship because of their stance on equality. Leicester City will be the sole representative from the East Midlands area. Despite their financial difficulties, Millwall Lionesses make the cut.

Spare a thought for Sunderland

West Ham United, who are rumored to want former Boston Breakers head coach Matt Beard as their boss in the top division, and Manchester United, will grab the headlines, but this is a sad day for supporters of Sunderland in particular.

The club are responsible for producing some of England’s current squad including captain Steph Houghton, Jill Scott and Jordan Nobbs, and have finished as high as fourth in the top division since winning promotion from Women’s Super League 2.

The club moved to a part-time model at the start of last season and moved grounds to play their home games in South Shields. The club has much history in the women’s game, so to not be in the top two divisions, is a blow.

The new look FA Women’s Super League will have the following teams:

As part of the application processes, all clubs are required to sign a licence with The FA and the offers from The FA Women’s Football Board remain conditional until they are received. Decisions are subject to appeal, to be made within 14 days of clubs receiving the decision in writing.

Baroness Sue Campbell, The FA’s Head of Women’s Football said: “Today’s announcement is the result of two years of planning and a milestone within our delivery of The Gameplan for Growth strategy. The revised competition structure will positively impact on the delivery of the women’s game across all levels, both on and off the pitch.

“Such is the strength of women’s football in this country, there have been some difficult decisions to make but they’ve been made with the sport’s best interests at heart. This is a hugely exciting time for the game and I am hopeful that we will look back upon this as one of the most significant decisions made in its history.”

Katie Brazier, The FA’s head of leagues and competitions, added: “It will be a landmark season for the women’s game and the world of women’s football will be watching, I cannot wait to get started.

“The growth and development of women’s football is one of The FA’s major priorities. I’m confident this decision will significantly influence the three key objectives of ‘The Gameplan for Growth’ strategy, helping us to double participation, double the fan base and also improving chances of consistent success for our international teams.”
The 2018/19 season begins on the weekend of the 18 & 19 August with the opening round of group fixtures of The Continental League Cup. The FA Women’s Super League and The FA Women’s Championship league fixtures commence on the weekend of the 8 & 9 September.”