Tuesday Roundup: Kristie Mewis’s season is over due to knee injury 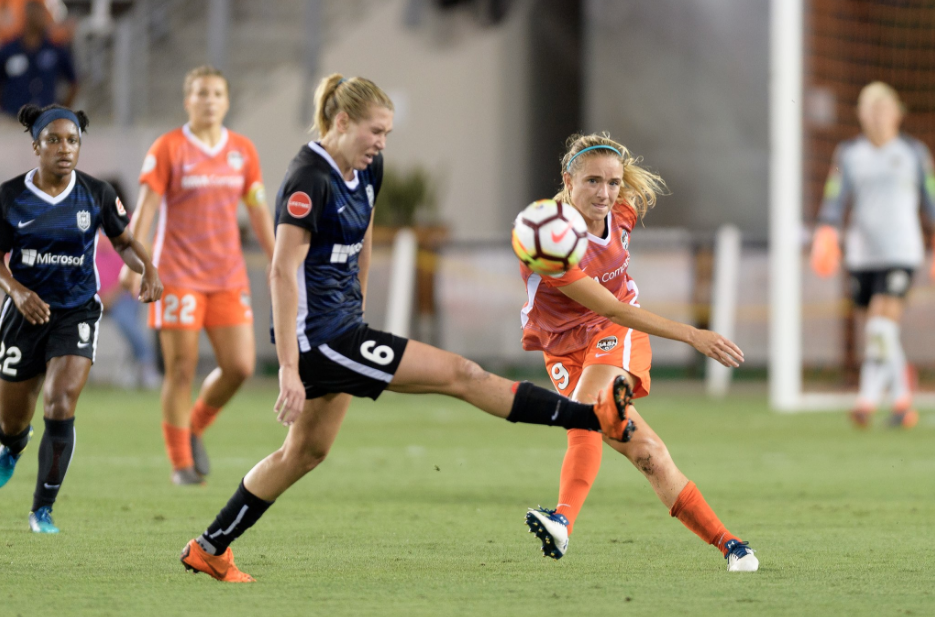 Also in today’s roundup, Canada drops roster for upcoming friendly, and another retirement out of France

NEWS: Kristie Mewis to miss the remainder of the season with left knee injury

After a non-contact injury forced her to leave the Houston Dash’s match against the Washington Spirit on Sunday, it was announced that Kristie Mewis had suffered a left knee sprain, sidelining her for the rest of the 2018 NWSL season.

While the official report out of Houston didn’t indicate whether the sprain involved damage to her ACL or MCL, Mewis put out a post on her personal twitter feed that seems to point toward some level of tear to her ACL as the underlying nature of the injury.

Thank you everyone for all your loving support. It truly means the world to me. ACL’s aren’t easy. But I‘m so lucky I have my teammates & amazing women to look up to who have already been through this. 19 has always been a special number to me and look who will be back in 2019?

Mewis was acquired by the Dash late in the 2017 season, and had scored two goals in her last three starts in the midfield, after starting the season in defense.

The Canada Women’s National Team announced their roster for their upcoming friendly against Germany on June 10th in Hamilton, ON. The roster features a number of NWSL allocated players, as well as some younger players featured in the NCAA system.

“We’ll be bringing a very experienced squad to Hamilton, but we are also continuing to create opportunities for some of our young EXCEL players,” said head coach Kenneth Heiner-Møller, in the official press release. “The mix is close to optimal and we are excited to bring the group together in June. We are preparing for October’s 2018 CONCACAF Women’s Championship which serves as our FIFA Women’s World Cup™ qualification tournament, so this is a great opportunity to dig into our pipeline and give some additional young players an opportunity to be tested against one of the best teams in the world.”

Following the end of Paris Saint Germain’s season, French defender Laure Boulleau posted on her personal twitter page announcing her retirement from the game. Boulleau had played for PSG since 2005, and had recorded 225 caps with the club in all competitions, notching 16 goals.

Boulleau also featured internationally for France, finishing her career with 65 caps since receiving her first in 2005 as well. She indicated in her farewell that the injuries that had plagued her last few seasons had an influence in her decision, saying ‘It was simply time’