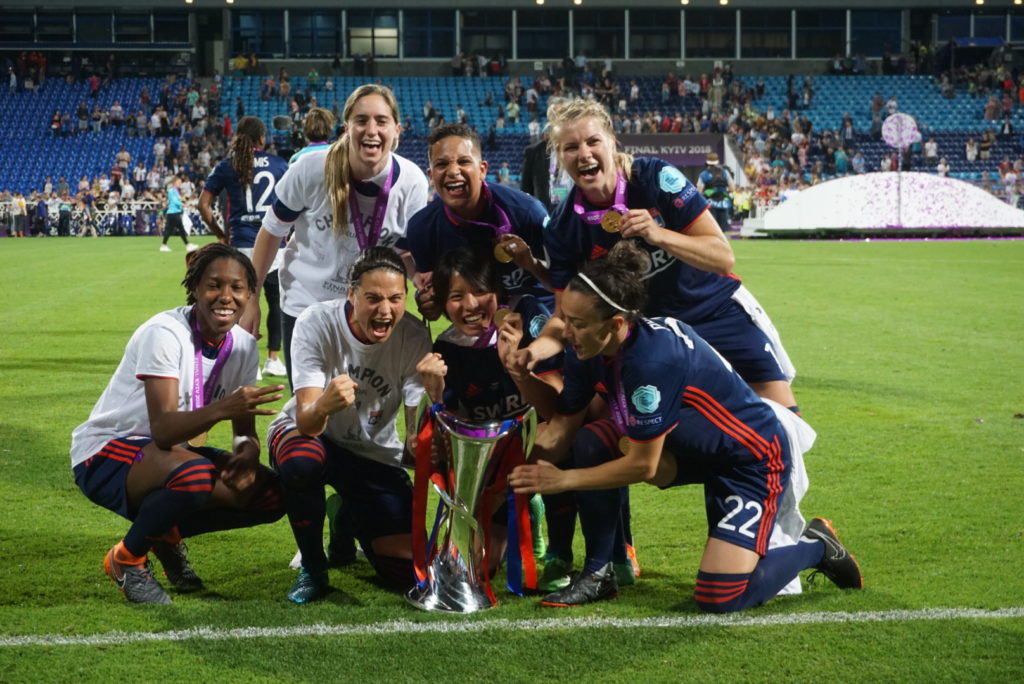 Lyon, European champions again, will be in the US this summer (photo by Daniela Porceli)

Lyon, a team that was not originally scheduled to compete in the tournament, is replacing Chelsea who withdrew for 2018, but is expected to return in 2019. In addition to Lyon, the North Carolina Courage, Manchester City and Paris-Saint Germain will participate in the first iteration of a women’s International Champions Cup in the U.S. The event will take place over two match days at Hard Rock Stadium in Miami. There will be semifinal matches July 27 followed by a third-place match and final on July 29.

THE CHAMPS! Congrats to @OL on their 5th Women’s Champions League title!

We can’t wait to have them in Miami for the inaugural #ICCWomen’s Tournament this July! pic.twitter.com/zAg47xKAkn

Earlier this week, the city of Kirkland, WA dismissed all domestic violence charges against Hope Solo after an incident four years ago.

Solo was charged in 2014 with two counts of fourth-degree assault after police say she assaulted two family members at a Kirkland home.

The case has come to a close after a series of appeals. Court documents from the case showed that Attorney Melissa Osman, who represents the city of Kirkland wrote that the circumstances of the case were unlikely to happen again and that the prosecution witnesses did not want to testify.

Ahead of this weekend’s game, the league announced the injury report. More details below.

After ‘a lifetime’ away, Rose Lavelle returns to the field
NWSL Week 9 preview: Teams finding form, trying to make moves