After ‘a lifetime’ away, Rose Lavelle returns to the field 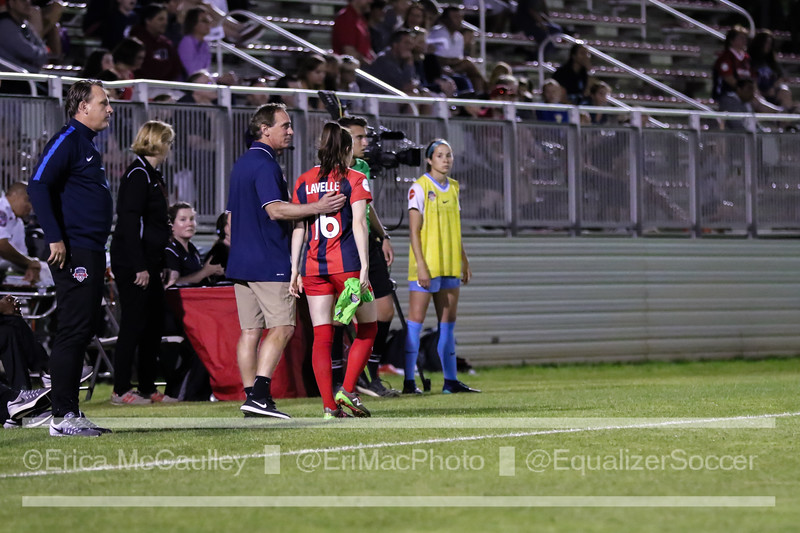 The most anticipated of these events, however, was Rose Lavelle’s long-awaited return to NWSL following nearly a year away, or about a lifetime if you ask the 23-year-old. The Spirit midfielder entered the match about ten minutes after Ashley Hatch scored the game-winner for the home side in the 64th minute.

“It felt really good,” Lavelle said. “I was really nervous going in because obviously, I haven’t played in about a lifetime so I was really nervous but it’s the same game as before I got hurt so just have to calm down and let my nerves settle in and enjoy the moment.”

Despite, the long period away, some glimpses of the skill on the ball that made her a no-brainer first overall pick in the 2017 NWSL draft shone through when she eluded Sky Blue defenders close to the near sideline just minutes after entering. Undoubtedly, Washington could use Lavelle’s composure and technical skill, as the team attempts to climb out of the 8th spot in the league’s standings. The Spirit have managed just 8 goals in 9 matches while being tied for third most goals allowed (12).

The key moving forward with Lavelle is ensuring that she stays healthy. One important part of that goal will entail managing the young star’s minutes and building fitness.

Another significant piece of keeping the former Badger healthy rests on her shoulders, something that the second year player understands more fully after her challenging first year as professional.

“I think I was lucky enough my first year as a rookie the first six months, I kind of got to experience what life was like as a professional on the field and like I said before I got to experience what it was like off the field,” Lavelle said. “I think that was the biggest thing I took away (for being out)  is just how important it is to be taking care of my body and I think it just really made me appreciate soccer so much being out. I was just itching to get back on the field for so long.”

Instead of getting frustrated about of the reality that the recovery process doesn’t end once your name disappears from the injury report, the midfielder will try to see each game she plays as an achievement.

“Every time I step out on the field, I think it’s a small victory,” she said. “I just have to stick with it and not get too upset with myself and just have fun.”

Meanwhile, Washington hopes that Lavelle’s small victories will help the club record more victories on the scoreboard as the 2018 season rolls on. The season continues for the Spirit and Lavelle this Sunday against the Houston Dash.