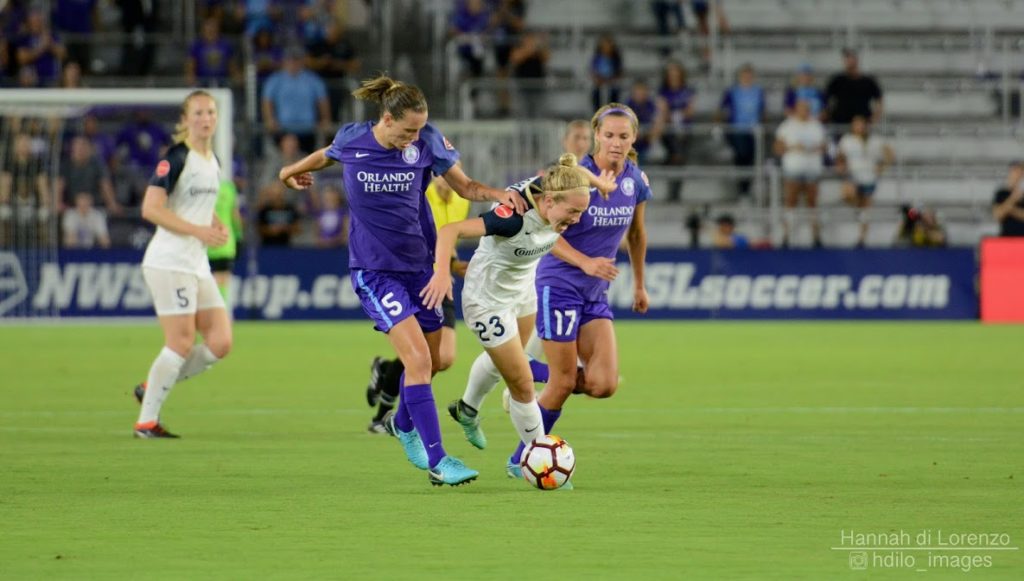 A year ago, the Courage were 4-0-0 when they waltzed into Orlando City Stadium and got beat 3-1 on Mother’s Day. This time the Courage were looking to make it 10 straight without a loss to open the season. They accomplished that, and more, beating back a Pride rally to win 4-3 on Jessica McDonald’s 90th minute winner.

The Courage found another way

Including last year’s playoff win over the Red Stars, the Courage have won a dozen games by a score of 1-0 since moving to North Carolina in January 2017. Sometimes those scorelines were the product of not being able to finish quality chances, but one overriding theme is that Paul Riley has built one of the best defenses in the league.

This one was different, especially in the second half. The first 45 minutes looked much like the rest of the Courage season. They pressed, won balls high, swarmed the Pride goal, and legitimately could have scored on three or four occasions — but only wound up with one.

And then the second half happened and the Pride came out with their hair on fire and quickly leveled the match. In fact, the Pride were doing pretty much everything right until Shelina Zadorsky and Alanna Kennedy both lost their footing trying to clear a ball and Debinha pounced on it to put the Courage back on top. Five minutes later, Sam Mewis clanged an open header off the crossbar. For a split second, it looked like another wasted chance for the Courage — until the ball bounced off Ashlyn Harris and in.

In a season that has seen so many fabulous chances wander wide, sky high, or slam the woodwork, the Courage finally caught a break and scored an unconventional goal.

Access the best women’s soccer coverage all year long
Start your FREE, 7-day trial of The Equalizer Extra for industry-leading reporting and insight on the USWNT, NWSL and beyond.
Subscribe
Existing Users Sign In Here
Related TopicsExtraFeaturedJaelene HinkleMarta