Also in today’s roundup, Houston vs. Washington gets a new kickoff time and the U.S. U-16 GNT sweep UEFA U-16 International Development Tournament. 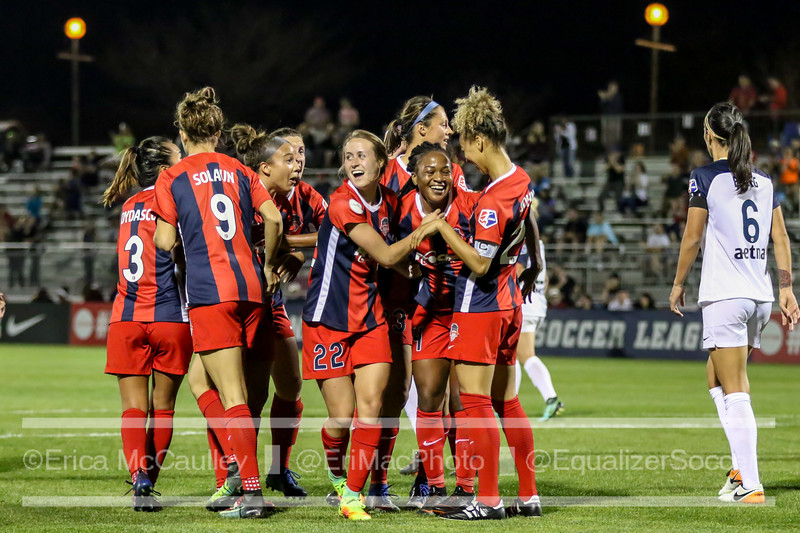 Mallory Eubanks (22) has been signed to the Washington Spirit’s full roster. (photo copyright EriMac Photography for The Equalizer)

The Washington Spirit announced two roster moves on Thursday, including the signing of forward Mallory Eubanks to the team’s official roster and the placement of Cali Farquharson on the 45-day disabled list.

Eubanks, originally selected by the Spirit as the No. 16 overall pick in the 2018 NWSL College Draft, has already made three appearances for the club after being signed as a National Team Replacement player while Estefania Banini was competing in the Copa America Feminina with Argentina.

She made her first appearance for the Spirit as a second-half substitute in their March 31 win over the Orlando Pride, while earning her first start the on April 14 against the North Carolina Courage. Although the rookie forward has yet to score her first professional goal, she did net the Spirit’s first goal of the 2018 preseason.

Farquharson, who missed parts of the 2016 and 2017 seasons recovering from a torn ACL, has been placed on the league’s 45-day disabled list following a left tibia stress injury. In her three seasons with the Spirit, the attacker has made 11 starts in 27 appearances. Her only appearance in 2018 was an 81st-minute sub in the Spirit’s 2-0 road loss to the Utah Royals FC on May 5. 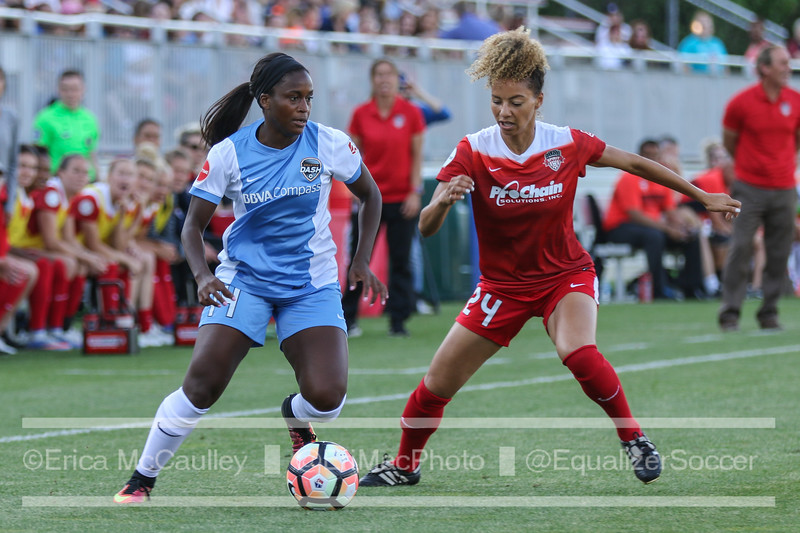 Kickoff time for HOUvWAS has been delayed two hours due to high temperatures in the Houston area. (photo copyright EriMac Photography for The Equalizer)

The Houston Dash announced on Thursday that the kickoff time for it’s May 27 home match against the Washington Spirit had been pushed back two hours over concerns of high temperatures in the area. The weather forecast for the Houston area currently has the high at 96 degrees on the 27th.

“We elected to move the kickoff time for this match in order to provide cooler temperatures for the players and our fans,” said Houston Dash president Chris Canetti in the team’s official statement. “Monday is a holiday, which means that the majority of our fans will not have work or school obligations the next day, and because of that we felt comfortable with a later kickoff time.”

Kickoff times and extreme heat became an issue of concern around the league last season after Rachel Daly passed out from heat exhaustion in the final seconds of Houston’s Lifetime Game of the Week home match against the Seattle Reign on May 27. As a result, the NWSL implemented new policies—such as mandatory hydration breaks in temperatures of 82 degrees or higher—to help protect players.

This is the first time a match’s kickoff time has been changed this season, although multiple matches last season saw kick off times changed to cooler times of day to protect both players and fans alike.

The United States U-16 girls’ national team swept the UEFA Women’s U-16 International Development Tournament with wins over Belgium, Switzerland, and hosts Portugal.

The U-16 GNT opened the tournament with a 5-1 victory over Belgium on May 12. Forward Simone Jackson scored a brace in the match to lead the U.S. in scoring, while forward Amelia White tallied two assists on the day.

The victors were up 3-0 midway through the first half thanks to goals by Maggie Graham (6’), Amber Nguyen (15’), and Tatlana Fung (23’). Jackson then registered a double in the second half with goals in the 68th and 75th minutes, although Belgium scored a goal in between to prevent the shutout.

The U.S. then defeated Portugal, 2-1, in dramatic fashion, thanks to a second-half stoppage-time goal by Abigail Borchers, on May 14. The hosts opened up scoring in the 18th minute when Maria Negrão converted a penalty, but the American squad leveled the score 15 minutes later through Nguyen.

Although the match looked to be headed for a 1-1 draw following a scoreless remainder of regulation time, Borchers knocked a rebound into a wide open goal two minutes into stoppage time to steal the win for the visitors.

Yesterday the U.S. completed the sweep with another dramatic 2-1 win, this time over Switzerland. Unlike in their win against Portugal, the U.S. took the lead first following midfielder Devin Lynch’s third-minute goal. Switzerland then scored in the opening minutes of the second half,

The game entered the final minute of the contest still knotted at one, but Zoe Burns connected with Abby Allen in the 79th minute to preserve the U.S. win streak.