Tracking Back: The Utah Royals are tightening things up 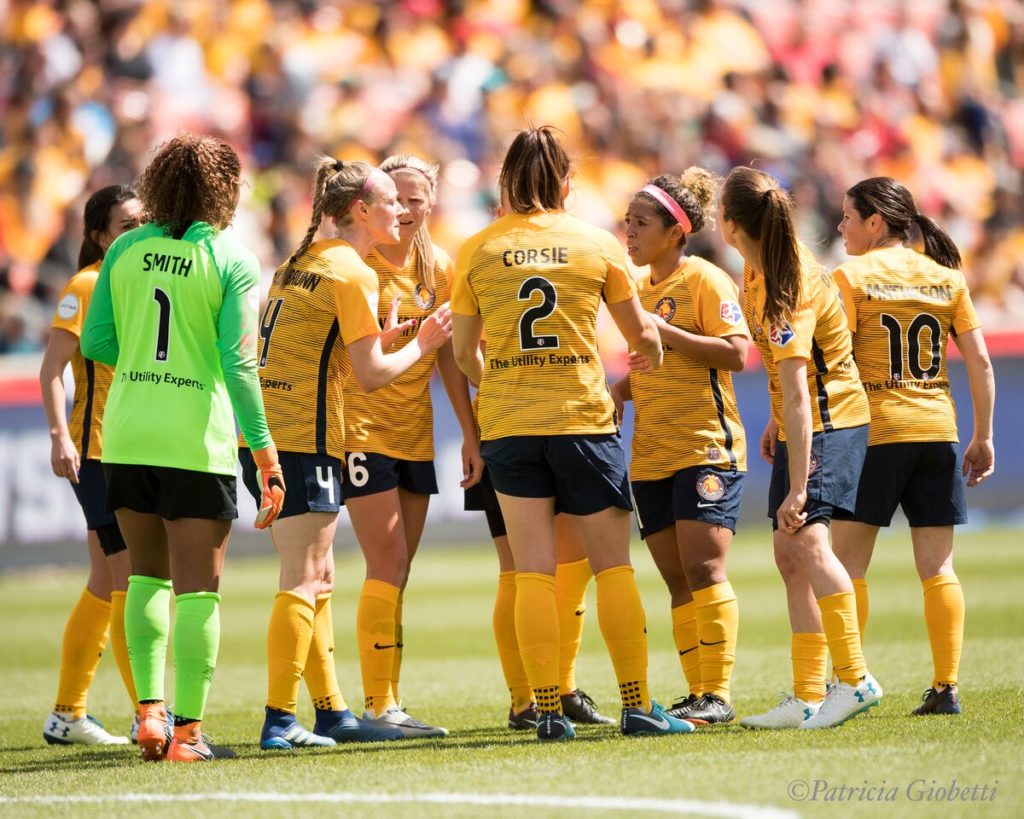 Of all of the re-vamped teams that have begun to settle into a groove after the tumultuous NWSL offseason, the Utah Royals presented perhaps the greatest dichotomy of expectations. They are a brand-new team, but not an expansion squad. They have a well-known coach, but in an entirely new set of circumstances, and a roster not wholly-unfamiliar to those keeping the memory of FC Kansas City alive. However, it has been clear from the beginning that the Royals are going to have to figure out the road ahead with their own unique identity, and that is going to take time.

The Royals had high expectations in both scope and support from the announcement of their existence considering their place under Real Salt Lake leadership, but the expectations for the on-field product varied from those of immediate championship contenders to a team well out of playoff contention. In the early going, head coach Laura Harvey seemed to follow the doctrine of ‘build your team from the defense up’, which was helped by the presence of Becky Sauerbrunn, returning in 2018 as solid as ever. Harvey also picked up her former Seattle Reign co-hort Rachel Corsie off of wavers, which locked into place her core center-back pairing.

However, the pieces going forward for the team performed less effectively than many were hoping from a Harvey-led squad. As they didn’t represent formal expansion, Utah didn’t benefit from a draft to shore up needs (they get the number 1 pick next year), and while the Royals picked up Diana Matheson to help their attack, the team did also let Sydney Leroux go to Orlando in the offseason and decided primarily to focus on the long-term recovery of Amy Rodriguez to give them an offensive spark.

Up until Week 6 of the 2018 season, that approach was going fine, if not spectacularly. Utah had yet to find their first victory, but they were always competitive in every match they played (to date, they’ve only lost one game, but have drawn five). The recently-acquired Kelley O’Hara performed admirably in a necessary outside-back role, but couldn’t get as involved as she needed to be in the attack. Going forward, Rodriguez’s long road back from ACL surgery progressed with moments of brilliance, but not enough time on the field to really put an attacking game plan together. It seemed like the ideas were there, but Utah needed more time to find their best formation.

It was in their match against the Washington Spirit this past weekend that the Royals finally made some moves making that shift permanent. With Katrina Gorry added to the midfield lineup after finishing up her international duty with Australia, Harvey put O’Hara all the way up top as part of a three-player attack including Rodriguez and Matheson. Behind her, Desiree Scott stayed in the midfield in something of an enforcer role, and former Boston Breaker Brooke Elby took over the right back spot.

The move immediately paid dividends against the Spirit, and it was the newly-attacking O’Hara who made the new role her own immediately with the help of her attacking teammates in a sequence that saw Matheson win the ball, send it to Rodriguez, who split the Washington defense to put O’Hara squarely in on goal. In capturing an easy 2-0 win over a young Washington team, one could see the vision starting to come into place in Utah.

Their next game, a midweek matchup against the Orlando Pride (one of the teams perhaps most similar to Utah in ambition and talent) on Wednesday, the Royals were, again, frequently the better side, though the match ended in a scoreless draw. Sauerbrunn covered a lot of ground in the middle of the defense, and the Pride didn’t test her in ways that proved substantial.

Perhaps more importantly, the relationship between O’Hara and Elby continued to develop on the right side of the field. O’Hara obviously came into her attacking role from a position of comfort tracking back to take on defensive duties, and the quick exchange of roles between her and Elby allowed both to move with a certain amount of freedom that the Royals had been lacking up top.

That match also once against showed the continued need for Amy Rodriguez to get to full-90 fitness as soon as possible. Matheson and Rodriguez have started to develop a quality rapport in the attack, but neither player went for the full game against Washington or Orlando. In a season where the Royals might frequently be finding themselves either defending or looking for a late goal, they are going to need more solutions to unlock the last thirty minutes of the match. Katie Stengel has carved a solid NWSL career for herself, and is a much better target in the air than the diminutive Matheson and Rodriguez, but when she comes on the field as a late sub the flow of attack all but ceases. Harvey either needs to find ways to acquire or develop impact substitutes, or manage the minutes of her attacking stars in ways other than merely giving them the start and watching as their effectiveness diminishes over the course of 60+ minutes.

The Lowdown: Royals, Dash get in the win column

As an aside, it looked like O’Hara might have aggravated something serious (perhaps her hamstring) in the waning minutes of the Orlando match, another reminder that Utah’s lack of rotatable players can have effects long past basic fatigue. O’Hara’s work rate is among the best in the league, and while it’s tempting to rely heavily on her, this year’s scheduling is going to provide a daunting lack of recovery for many squads. The schedule has been harrowing so far for a number of teams, and coaches are being asked to dig deeper into their short benches to come up with solutions, and I wonder if we haven’t seen the last of some injuries that are going to alter if not derail some teams’ 2018 campaign.

In general, the Utah Royals are probably still a few maneuvers away from competing every week with the top sides in the NWSL, but they have a strategy that struggling teams like Sky Blue and the Houston Dash would do well to emulate. In a league that can thrive on extremes, the steady nature of Utah’s development is something of a breathe of fresh air, and their improvement over the rest of the season will be very enjoyable to watch.

UP CLOSE: Seattle Reign midfielder Morgan Andrews
NWSL week 7 preview, round 2: And then there was one