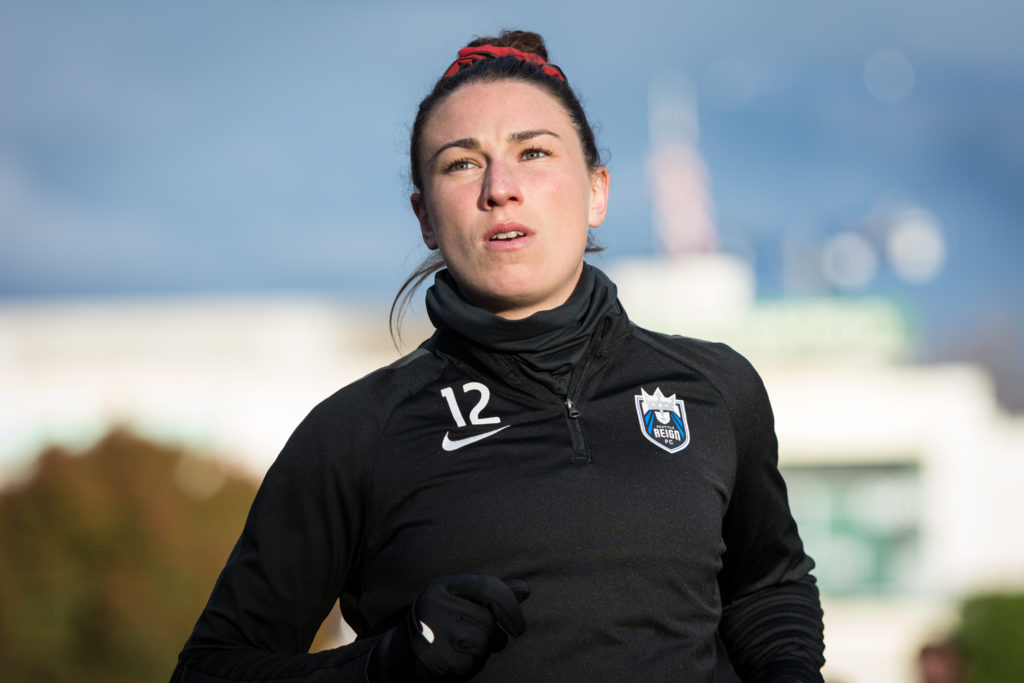 Second-year NWSL rookie Morgan Andrews has had a pretty unbelievable last 18 months. In that time period, the now 23-year old won an NCAA national championship, began her professional soccer career, was part of an NWSL team that collapsed completely, and moved herself all the way across the country to continue playing. Although it is only her second season, the New Hampshire native speaks with an elegant sense of experience from what she’s endured as a pro to date. This week, I talked with Andrews about her path, with all the turns she took, to get her to where she is today.

Hannah Kronick: Talk to me about how you first started playing soccer!

Morgan Andrews: I think I was around three years old. I have two older brothers, Mike and Matt, and they were playing all different sports, soccer being one of them. I just kind of followed them around and eventually fell in love with the sport. My mom told me that when I was three, my brother Matt had gone to a soccer camp in the summer and I refused to leave and so she threw me in with 10 year olds! I told her to leave and apparently she hid behind a tree. That’s when I started playing. My brothers ended up straying away from the sport, but I fell in love with it.

HK: How did you land on soccer? Were there other sports you played growing up?

MA: I did. I played basketball through middle school. In high school, I ran indoor and outdoor track and kicked for my high school football team.

HK: Ah! I was just going to say I saw a video from USC about your high school kicking days. Talk to me about that, what was that experience like?

Access the best women’s soccer coverage all year long
Start your FREE, 7-day trial of The Equalizer Extra for industry-leading reporting and insight on the USWNT, NWSL and beyond.
Subscribe
Existing Users Sign In Here
Related TopicsExtraFeaturedMorgan AndrewsUp Close

NWSL Wednesday: Both matches end in draws
Tracking Back: The Utah Royals are tightening things up