Alyssa Naeher’s game for the ages 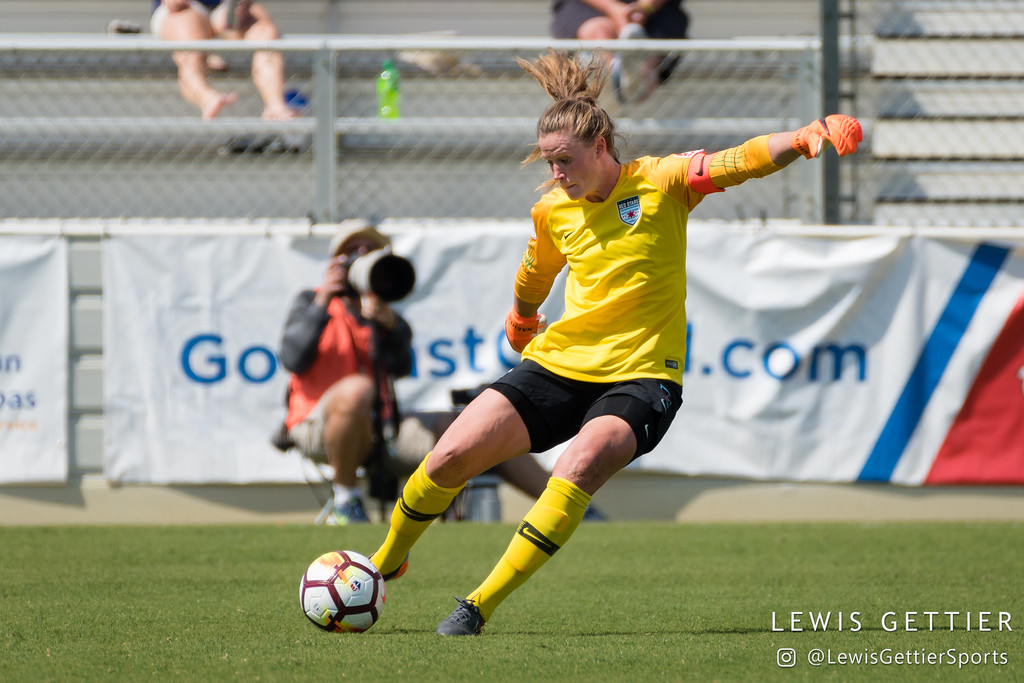 In the 17th minute of a 1-1 draw, North Carolina Courage’s McCall Zerboni cracked a left-footed shot from 25 yards. Chicago Red Stars goalkeeper Alyssa Naeher launched herself to her left with full extension and with both hands parried the ball wide of the goal. The save was undoubtedly one of the best of the six-week old NWSL season and worthy of the highlight reel of even a top international keeper like Naeher. But as the day wore on, she made two more that may have been even better.

The Courage took 42 shots, nearly double the number of shots taken by Sky Blue FC all season. Fifteen were on goal. And for 82 minutes, Naeher kept all of them out of her net.

Playing their third game in seven days with 14 healthy players, the Red Stars needed a special performance to get a result on the road against the rested first-place Courage. Naeher provided it.

What has happened to all the goalkeepers (besides Alyssa Naeher)?

“I didn’t really come into the game with any different mindset,” said the United States national team’s No. 1 keeper. “That’s what I try to do in every game, just keep the ball out of the net.”

Sounds simple, but it certainly didn’t look that way.

After announcing her presence with the spectacular save on Zerboni in the 17th minute, Naeher had to charge off her line to snuff Crystal Dunn’s attempt from six yards in the 49th. Then in the 56th, she dove low to her right, once again fully extended, to tip away Sam Mewis’ shot from 18 yards. Then in the 66th, she frustrated Dunn again, diving to her right to turn away Dunn’s line drive from 18 yards.

“We are at the end of a long streak with a lot of games, and we know North Carolina is a good attacking team, a dangerous team,” said Naeher. “We knew we were going to have to deal with a lot today.

“Whether it’s Sam Mewis, or Crystal Dunn, or Lynn Williams, or anyone of a number of others, when the ball is at their feet, I have to be expecting it, even if their back is to me.”

As the game progressed, Naeher was appearing larger and larger to the Courage and the goal was looking smaller and smaller.

Meanwhile, as Riley wondered from the bench if his team will ever get one past Naeher, at the other end of the field, he saw Sam Kerr, perhaps the most dangerous striker in the league.

“I don’t think it gets any worse than that,” said Riley. “Sam Kerr is always in the back of my mind. She’s the top striker in the world. You know there’s always going to be one chance that she’ll put away.”

That came in the 37th minute. With the Courage’s shot total for the half approaching 20 and the team determined to find what it would take to beat Naeher, Riley reminded his center backs – Abby Dahlkemper and Abby Erceg – about Kerr.

“At the water break, I told Kiwi (Erceg) and Abby, ‘You have to concentrate. We are chasing the game and they are going to get a chance here.’”

Sure enough. A ball into the box, a crafty run by Kerr, a clinical finish and the Red Stars were ahead 1-0.

But in the 82nd minute, the Courage lined up for one of their 12 corner kicks of the day. North Carolina filled the box with 6-foot Jess McDonald, 5-10 Abby Erceg, 5-10 Sam Mewis and 5-7 Lynn Williams. And six yards in front of the center of the goal, was 5-4 McCall Zerboni, whose job it is to “hunt” for anything loose. 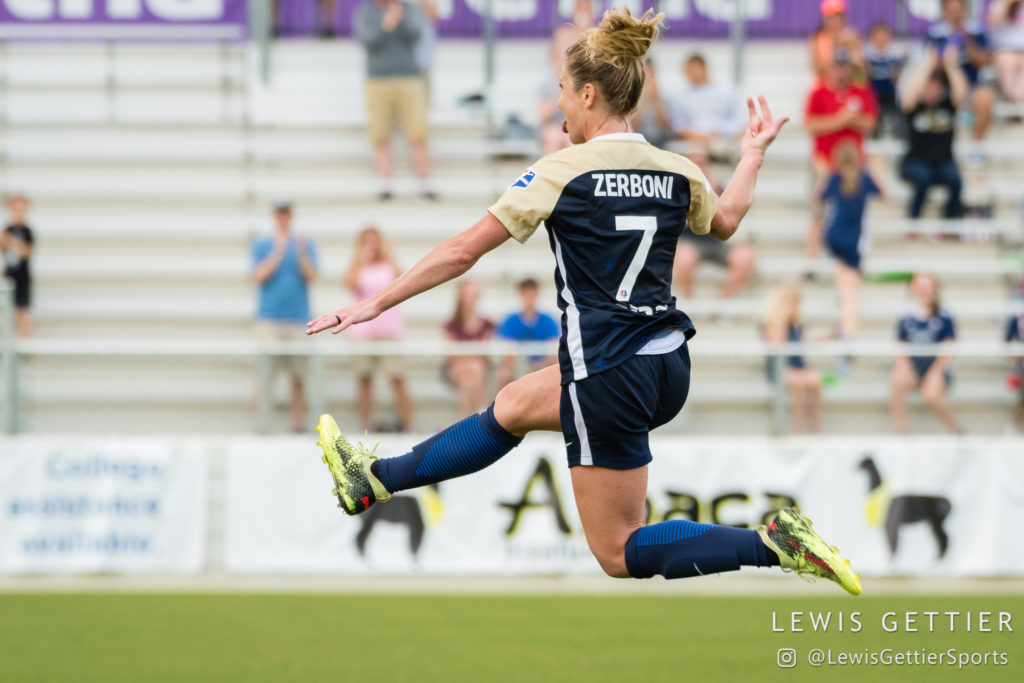 Dahlkemper’s corner went beyond the far post, where Erceg popped it back to the center of the box to the waiting Zerboni, who volleyed in her third goal of the season.

“We know North Carolina is always good at corner kicks and set pieces,” said Naeher. “What’s frustrating about it is that we talked about it earlier. We know (Zerboni) sits in that pocket. She’s scored on us there before. We were aware of it, and we can’t let her have that kind of space in there.”

But thanks to Naeher and Kerr doing what she does, the Red Stars were able to return to Chicago with a point. “I think if you told us before the game we would get a point today, we would have been happy,” said Dames.