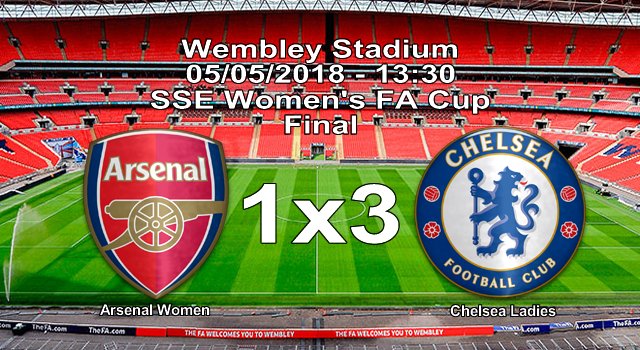 The two largest crowds ever to watch a standalone women’s club match gathered on different continents over the weekend. Saturday’s FA Cup crowd at Wembley Stadium reached 45,423. That would have been a new world record if it had happened a day earlier. But Friday night in Monterrey, the home leg of the Liga MX Femenil season attracted 51,211 to Estadio BBVA Bancomer.

In the Friday match, Monterrey and Tigres played to a second consecutive 2-2 draw after which Tigres prevailed on penalty kicks. At Wembley, Chelsea defeated Arsenal, 3-1 to deny American Heather O’Reilly an FA Cup medal to go with her glut of championships accrued over the years.

Carli Lloyd was inducted into the New Jersey Hall of Fame on Sunday in a ceremony at the Paramount Theater on the Jersey Shore boardwalk.

“When I looked at the people who have been inducted in the New Jersey Hall of Fame, I felt an enormous amount of pride in being amongst this year’s inductees,” Lloyd said in a statement posted on her personal site. “I am proud of being a New Jersey native, and receiving this award is an honor I will never forget.”

Lloyd grew up in Delran, New Jersey and is currently in her second tour of duty playing for local pro side, Sky Blue FC. On the international stage she has helped the United States win two Olympic gold medals—scoring the clinching goal both times—and the 2015 World Cup. In the World Cup final, Lloyd scored a hat trick in the opening 16 minutes of the match.

During the recent FIFA window, Lloyd became the sixth player in the history of the USWNT to score 100 goals.