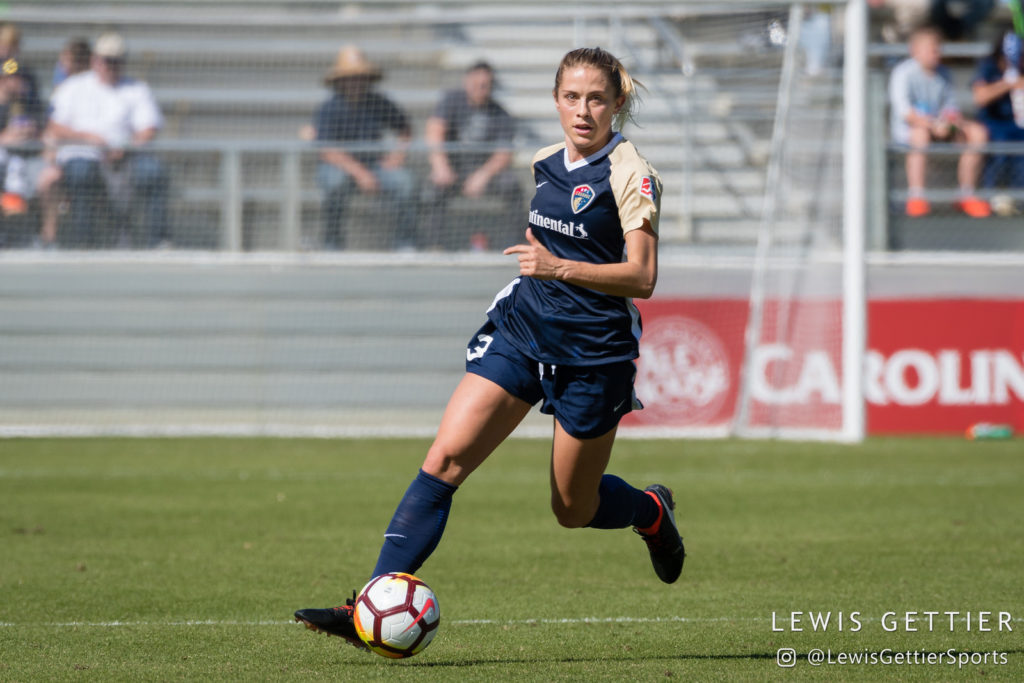 Abby Dahlkemper has been issued a public warning by the U.S. Anti-Doping Agency (USADA) for failing to obtain an exemption for a prescription medication. Dahlkemper did not obtain the requisite Therapeutic Use Exemption (TUE) prior to using a medication treat acne. She has since obtained the exemption, per U.S. Soccer.

Dahlkemper missed her NWSL match for the North Carolina Courage on April 18 while waiting for approval of the TUE. The absence ended her NWSL record of 5,850 consecutive minutes played. Dahlkemper had started all 67 NWSL matches available since being drafted No. 4 by the Western New York Flash in 2015.

“As athletes, we are responsible for knowing about the medications we take. I made the mistake of not being more diligent about a medication my doctor prescribed for my persistent skin condition and I should have confirmed that the medication was free of all banned substances. The medication I am taking does not have any performance-enhancing effects and my use of this medication has since been approved by USADA. I appreciate U.S. Soccer guiding me through this process and I’m grateful that this has been resolved. I am looking forward to the rest of the 2018 season.”

U.S. Soccer added in a statement that the federation understands why USADA issued the public warning, and that it knows that Dahlkemper’s medication “is not related to performance enhancement in any way.”

Dahlkemper disclosed her use of the medication at the time of her sample collection, but didn’t have the TUE at that time.

Dahlkemper has 18 caps for the U.S. women’s national team, including five starts in 2018. She was the 2017 NWSL defender of the year while leading the courage to an appearance in the final.