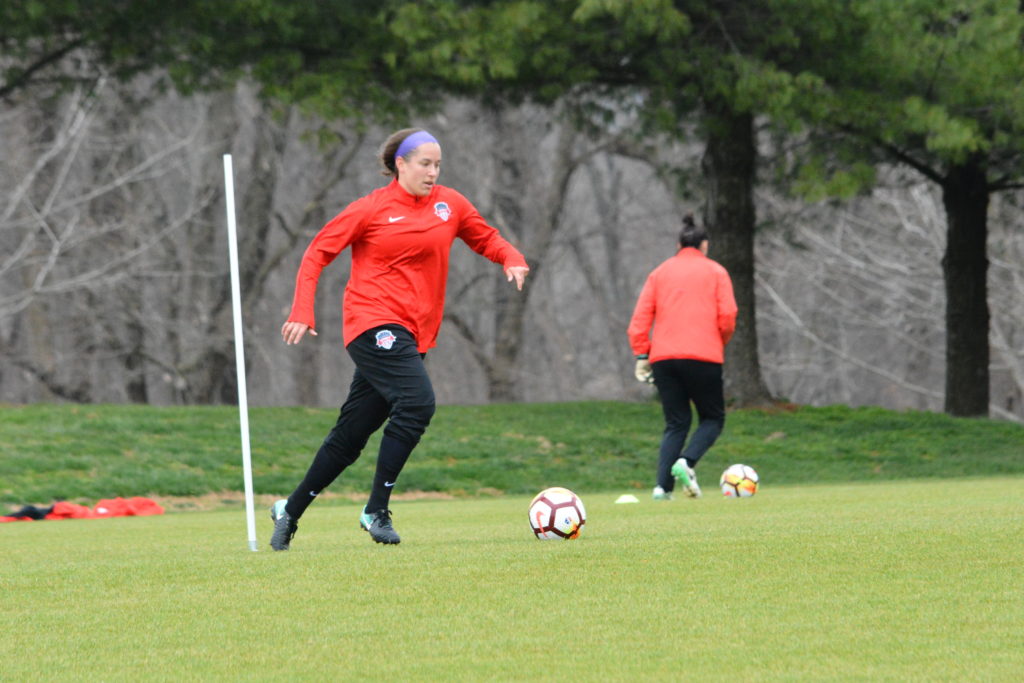 Church, who was selected by the Washington Spirit as the 30th overall pick in the 2015 NWSL College Draft, is in her fourth season with the club.

When Whitney Church found out she’d been drafted to the Washington Spirit in January 2015, her excitement for a “homecoming” was unmatched. Now with her fourth season with the club, the 25-year old has nothing but fantastic things to say about the club and the DC market as an area for women’s soccer popularity and growth potential. I talked to Church about her journey to today and everything that’s come in between.

Hannah Kronick: How did you first start in this sport that has now become your career?

Whitney Church: It’s the typical story where my parents put me in it as a kid just looking to give me a channel to let some of my energy out. It just snowballed from there and I have been playing ever since I was about four years old. It’s the one sport that I connected with and stuck with the most.

HK: Did you play a lot of other sports growing up?

WC: I didn’t play too many, I mostly focused on soccer but played a little basketball too. Soccer was just the one thing that I was drawn to most. It was what I felt I had the most fun in and was the best at.

HK: Did you always play defense growing up? How did you end up in a spot on the back line?

WC: No! I actually played every position on the field at one point. I spent time as a goalkeeper growing up through 12 years old. I transitioned to being on the field around then. I’ve really played everywhere. A little bit before high school is probably where I settled in the most at defense. It was the most natural for me. Once you hit that older age, you find your spot on the field. At that point, defense was what I was good at, where I was most comfortable, and where I kind of stood out…

Access the best women’s soccer coverage all year long
Start your FREE, 7-day trial of The Equalizer Extra for industry-leading reporting and insight on the USWNT, NWSL and beyond.
Subscribe
Existing Users Sign In Here
Related TopicsExtraFeaturedUp CloseWhitney Church