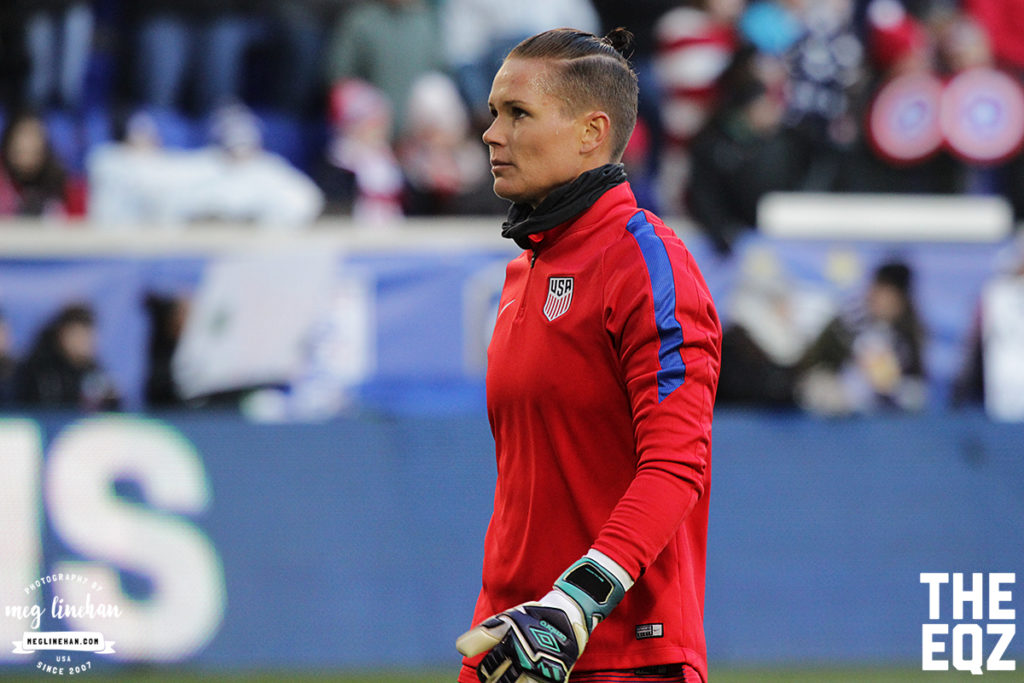 Ashlyn Harris will not be suspended by the NWSL. (MEG LINEHAN/Equalizer Soccer)

In a follow-up to yesterday’s report that the Ashlyn Harris/Jodie Taylor scrap in last Saturday’s match was being reviewed by the NWSL Disciplinary Committee, Jordan Culver of Pro Soccer USA reports today that no action will be taken. The clip, which was not shown during the broadcast but was included in the post-match highlights, appeared to show Taylor running into Harris as the goalkeeper wrapped her arm around the forward and threw her to the ground. The center official made no call, judging that Harris was unable to move out of the way in time.

Harris may end up missing tomorrow’s match in Chicago anyway, as she has been added to the injury report, listed as questionable with a left hyperextended elbow.

Labbé not allowed to play in PDL 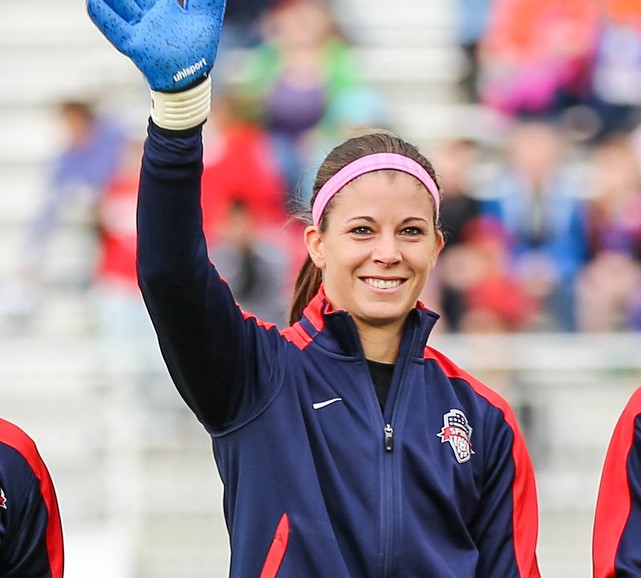 Former Spirit keeper Steph Labbé may be without a club again. (photo copyright EriMac Photo for The Equalizer)

Despite appearing with Calgary Foothills FC in a friendly match over the weekend, Canadian goalkeeper Stephanie Labbé announced in her blog today that Canada’s Premier Development League has ruled her ineligible for league play. Per Labbé, the PDL said that as it is a gender-based men’s league, women are not allowed to play in competitive matches.

Labbé joined the PDL after taking a leave of absence from the Washington Spirit before the 2017 season ended. She was with the Spirit for two seasons. Labbé was also in net for the majority of Canada’s matches during the bronze medal run at the 2016 Rio Olympics. Prior to joining the NWSL, she played for two Swedish clubs. She has not announced her next step, although her blog indicates that Foothills support her inclusion.

Alyssa Kleiner, right, was last with the Washington Spirit. (photo copyright EriMac Photo for The Equalizer)

The Seattle Reign have signed former Portland and Washington defender Alyssa Kleiner. After making eight appearances in Portland in 2015, she was traded to the Spirit for Katherine Reynolds. After appearing consistently for the Spirit in 2016, including during the NWSL championship against the Western New York Flash, her playing time diminished in 2017, and she was waived by Washington prior to the start of this season. She spent time with the North Carolina Courage during preseason but did not make the final roster. She plays primarily as an outside back.

Kleiner is a former Santa Clara University Bronco where she played alongside Julie Ertz and Sofia Huerta. The Reign are currently in fourth place and travel to Portland on Saturday, a game for which Kleiner is expected to be available.

McCall Zerboni grabs another Player of the Week award 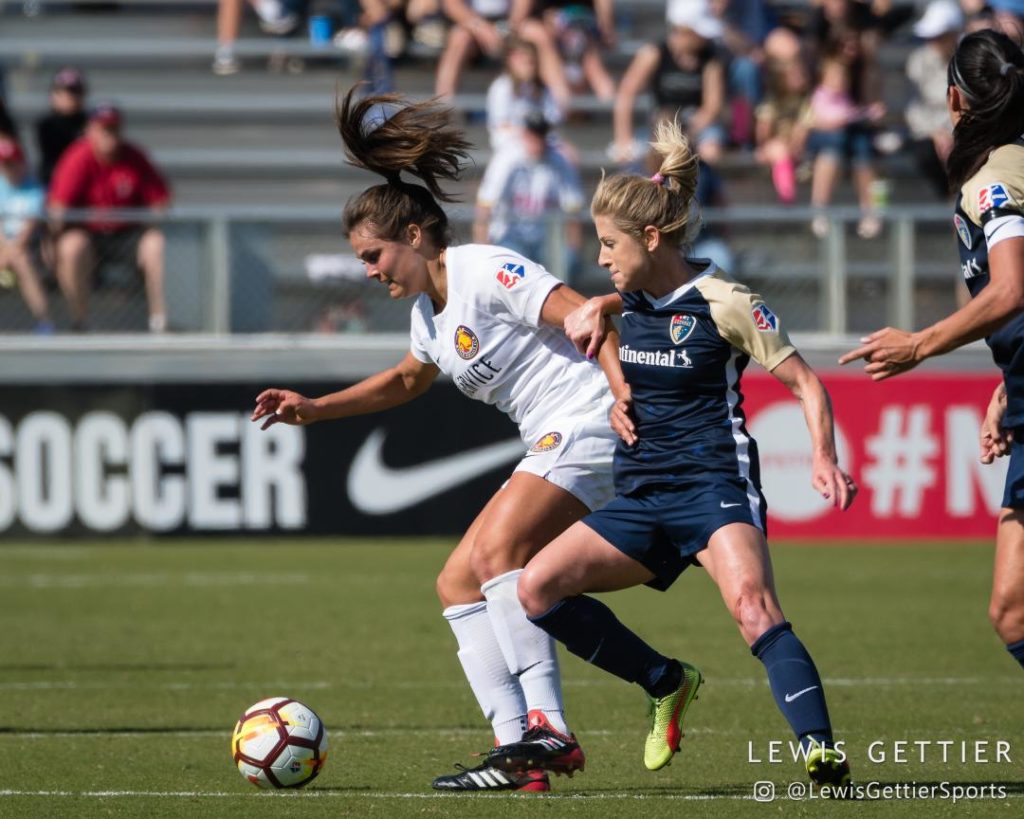 For the second time in the five weeks of the 2018 NWSL season, North Carolina midfielder McCall Zerboni was named the Player of the Week by the NWSL Media Association. She also received the award in Week 3. Zerboni created two chances in their 1-0 win at Houston, along with a team-leading eight tackles and 67 passes. For the season, she leads the league in duels (123) and has two goals.

Zerboni’s strong presence in North Carolina’s midfield, helping to make up for the lack of Sam Mewis to start the season, has helped the Courage to the top of the table, undefeated and seven points clear of the second-place team, Chicago, whom they host on Sunday.

NWSL gaining a solid foothold in the United States
The Lowdown: It’s May Day in Orlando