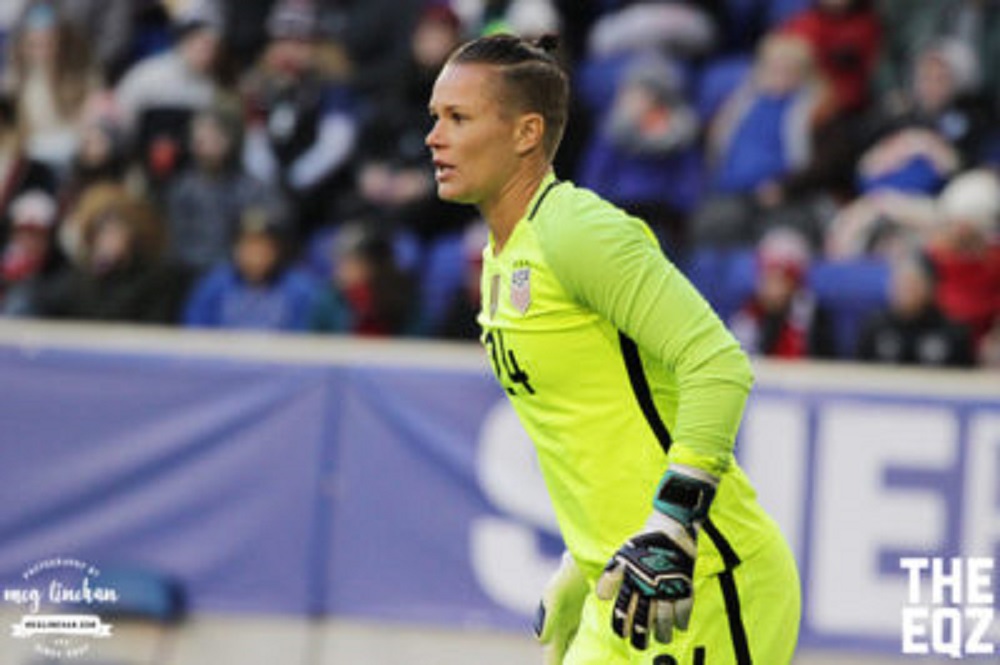 A short clip that appeared to show Ashlyn Harris clotheslining Jodie Taylor during Saturday’s 1-1 draw between the Pride and Reign is being reviewed by the NWSL Disciplinary Committee. The clip was not shown on the stream of the match but began circulating around the web on Sunday. Neither club has commented on the matter and there did not appear to be a prolonged discussion about it in the moment.

How on earth is this not a red card? @NWSL @Ashlyn_Harris pic.twitter.com/gh31uLGj9c

Through a source The Equalizer has learned that the center referee saw the incident but swallowed his whistle because Harris was not able to get out of the path of a charging Taylor. The available video does not show the lead up to the collision making it difficult to judge positioning and intent.

The Disciplinary Committee has acted on incidents that were not carded or even whistled in the past. Two years ago they initially cleared Merritt Mathias of any wrongdoing but circled back and suspended her for a match after new video surfaced offering a clear view of her driving Shea Groom’s head into the turn. Last year Mathias and Tyler Lussi were both suspended for hair pulling even though neither was shown a card.

Sam Kerr and Clare Polkinghorne were named co-recipients of the Julie Dolan Medal as the best player in the Australian W-League. It was the second such honor for both and the first time the award has been shared in the W-League era. Kerr won the award last season and Polkinghorne–former of the Portland Thorns–won for the 2012/2013 season.

Kerr led the league in goals with 13 in 9 games, that on the heels of setting the NWSL scoring record in 2017. Pokinghorne held down the defensive efforts of the Brisbane Roar.

The only prior player to win the Dolan medal twice was Taryn Rockall when the top league was the Women’s National Soccer League (WNSL). Similarly the only other tie was between Lisa De Vanna and Heather Garriock 15 years ago. Garriock coached Carpenter at Canberra United last season while De Vanna is still a major on-field factor. She finished tied for third in the Julie Dolan voting with Jess Fishlock and Emily van Egmond.

Canadian keeper and former Washington Spirit played for men’s side Calgary Foothills FC over the weekend in a 4-0 win over FC Edmonton. Labbe was a substitute and according to FC Edmonton Twitter made at least one point blank save to help her side earn the shutout.

90’ – LABBÉ WITH THE POINT BLANK SAVE! Just moments after #FCEd puts one off the post! #AlClassico

The match was a friendly at Clarke Stadium in Edmonton. The PDL season opens this weekend with the Foothills first matches slated for Week 2. Labbe turned heads earlier this year when she announced her intention of trying out for and playing for the Foothills. She spent two seasons in NWSL with the Washington Spirit and earned a Bronze medal playing for Canada at the 2016 Olympics.