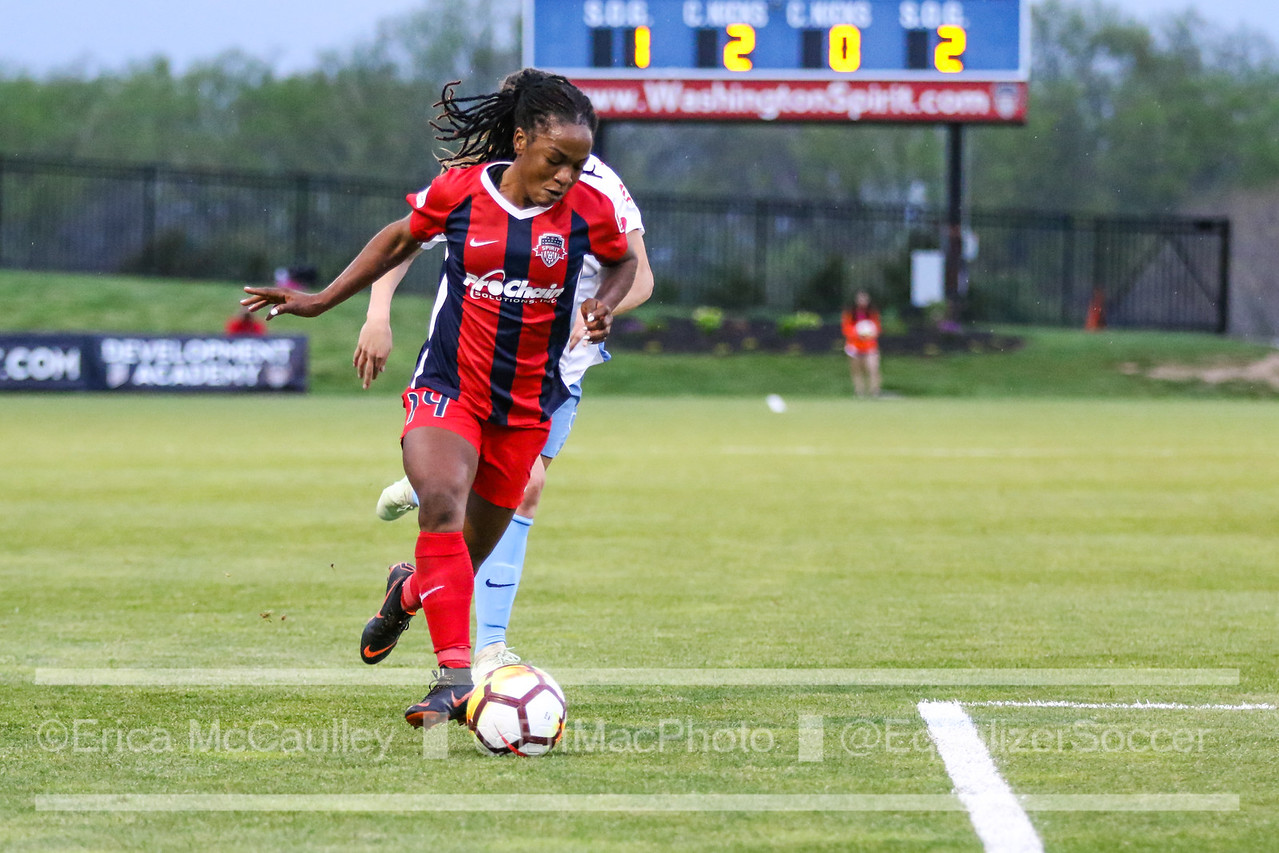 BOYDS, Md. — Officially, Washington Spirit forward Franny Ordega has scored 12 times in her NWSL career. Ask her teammate, Estelle Johnson, and she’ll tell you the number is much higher. Ordega puts the strike in striker.

“She goes hard every day,” Johnson said. “She really does. She slaps us (defenders) in the face every day which we always made fun of her (for). She’s so flail-y with her arms but she’s such of force; she’s strong, she’s fast, she can finish.  She has great feet as well.”

With three goals in as many matches this season, the Nigerian international is now the Spirit’s leading scorer. While the fourth-year NWSL player is undoubtedly benefiting from the healthy and improved striking corp she’s lining up with this season, that doesn’t fully explain her form of late.

“I think what she’s done this year is kind of be more consistent for longer periods of the game and not kind of drifted out or had those times where, you know, ‘Where’s Franny been?’ and then all of a sudden she has that one magical moment,” Spirit head coach Jim Gabarra said. “She’s fit enough and she’s athletic enough where she can do it for 90 minutes, but to have that impact for more periods of the game is the reason she’s been successful this year.”

Don’t miss out! Subscribe to The Equalizer Extra now!

When asked about her form and impact on Washington so far this season, Ordega points to her loan to Atletico Madrid in the offseason. It helped her regain confidence and think less about the potential of getting injured.

“Five months I was off,” Ordega said. “As a professional, it is not really good, right? So I had to do something better.  I went to Madrid and I trained a lot and played in games and now I’m back, and it did build my confidence back and get me stronger.”

Gabarra also points to Ordega’s newfound comfort level, both with the team and the league. Ordega knows what to expect from her teammates as well as her opponents.

“I think all players could benefit from that experience [of playing overseas],” Gabarra said. “I think it’s part that but it’s also her being comfortable being here and not being her first year, second year or first year with a coach. I think there’s a comfort level that’s really helping her out now.”

Perhaps there’s something to the latter explanation. Traditionally, Ordega has been very reserved publicly. She’s often opted for short answers to questions posed to her by media, but this weekend, she opened up in a way that isn’t solely explained by her good form of late. This time, the forward’s vibrant personality on display in her goal celebrations and her social media accounts shone through in person.

“This is the year I have to do something to show people who I am,” Ordega said.

“The real Franny is fun to play with,” Ordega later said about herself. “She’s strong, she’s fast. She’s a good dancer. I want to score more so I can be able to dance for my fans.”

The Nigerian international certainly isn’t resting on her laurels. Despite her goal in the 1-1 draw with Chicago, Ordega was thinking about the opportunity that she missed in the contest.

That’s the kind of attitude that could see Ordega easily top her career high of four goals in a season. NWSL defenders everywhere should take note: Ordega has her celebrations ready.