Three tweaks to get Washington into the NWSL postseason 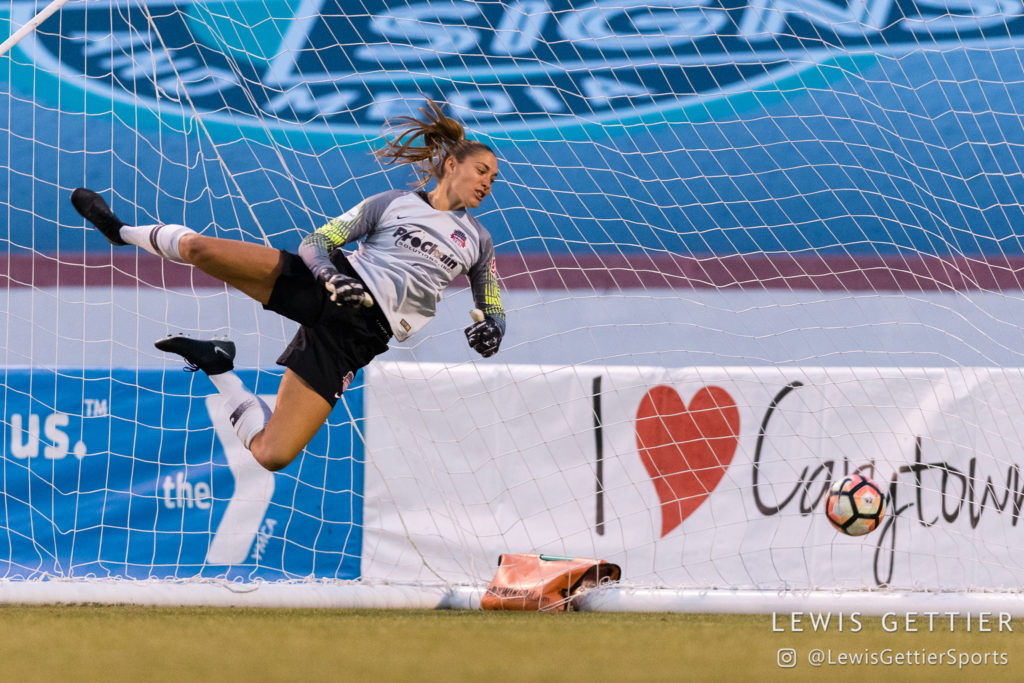 Is Aubrey Bledsoe the answer in goal for the Spirit? (photo copyright Lewis Gettier)

No team, coming into the 2018 NWSL season, was a more compelling combination of high ceiling, low floor than the Washington Spirit. With a squad harboring as much pure talent as any in the league, the Spirit’s best-case scenario had the likes of Mallory Pugh, Andi Sullivan and Rose Lavelle surging to stardom and restoring Washington’s place in the postseason. Worst-case, though? An inexperienced group with a lack of chemistry needs a season to adjust.

Through four matches, we’ve seen both sides of the Washington coin, sometimes within the same 90 minutes. Go back to the first game of the season, and before halftime, the Spirit made the Seattle Reign look like the league’s next buzzsaw. Come the second half, though, Washington was every bit their host’s equal, if not the better team over the final 45 minutes.

Similar divides of good spells and bad could be seen in games against Orlando and North Carolina – spells which veteran teams also have, but young sides experience more so. Last Friday against Portland, though, the Spirit put together their most complete performance of the season, rebounding from four goals conceded against North Carolina to hold the Thorns to one at Providence Park. If that kind of in-game consistency can be translated into the last 20 games of the season, the Spirit should stay within reach of the playoffs.

Whether Washington can do better than that, though, may come down to improving on the other issues that have surfaced over the season’s first month. To that end, here is our prescription for the Spirit’s 2018 playoff hopes: three tweaks, if you will, to help them reach the 2018 postseason…

Access the best women’s soccer coverage all year long
Start your FREE, 7-day trial of The Equalizer Extra for industry-leading reporting and insight on the USWNT, NWSL and beyond.
Subscribe
Existing Users Sign In Here
Related TopicsExtranwslwashington spirit