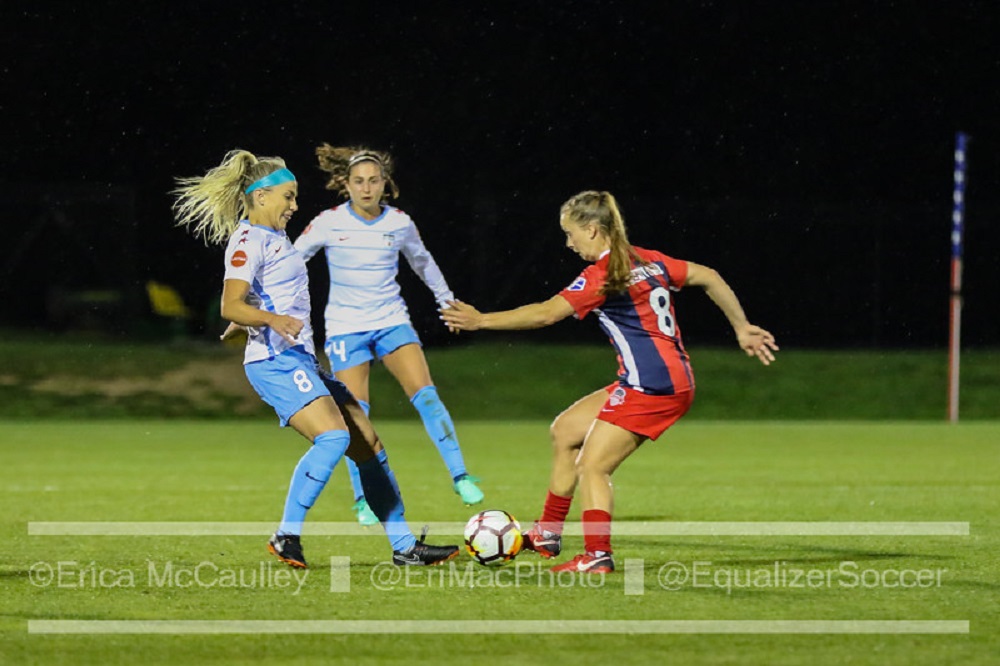 Saturday’s Spirit-Red Stars match was always going to be one of the most anticipated of the season. That’s because it was always supposed to be the day that Sam Kerr made her debut for the Red Stars after spending the first month of the season with Australia. Add in the return of Julie Ertz and the weekly intrigue that is the Washington Spirit, and this one had all the makings of a good match.

In the end the match left much to be desired. The teams traded goals in the opening 20 minutes and then went dormant. Aubrey Bledsoe made one incredible save near the end of the first half, but much of the second was played sans energy and while the Red Stars had the run of play, a draw seemed like the proper end result.

Here are some takeaways.

Sam Kerr is back, and that’s a good thing

Admittedly it felt odd to see Kerr in a Red Stars kit after three seasons with Sky Blue, and especially on the heels of the most prolific offensive season in league history. But there she was, doing her thing for 90 solid if unspectacular minutes. Sometimes she dribbled at defenders and sometimes she sneaked into space looking to get on the end of something. And once she took a ball down, spun off Whitney Church and got off a shot, all in a space barely wider than a voting booth…