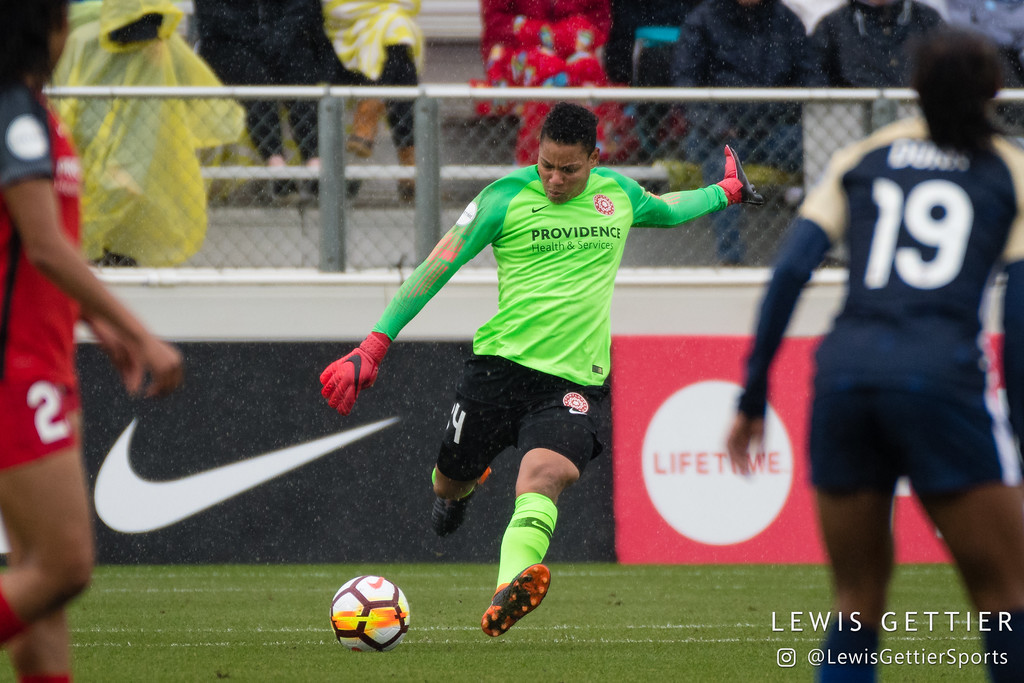 Portland Thorns FC starting goalkeeper Adrianna Franch will undergo surgery on Tuesday to repair a slight meniscus tear. The surgery and recovery time will keep her sidelined for about four weeks according to head coach Mark Parsons, who spoke with members of the press on Thursday.

“It’s going to be a short clean-up, get in there, fix it. We’re very positive that things will go well, and we’ll get her back fast,” he said, as reported by The Oregonian’s Jamie Goldberg.

The club is also currently without the services of defender Emily Menges and forward Hayley Raso, both out for the foreseeable future with injuries. Raso suffered a knee injury while competing with Australia in the Asian Cup and is expected to be out four to five weeks, while no timetable for Menges’ recovery from right tibia stress syndrome was given.

“[Menges] will be joining the team we hope next week to start training, but that won’t mean she’s now available for Seattle,” Parsons said. “We’re being patient. No timeline, but hopefully we see her back on the field with the team.”

However, Meghan Klingenberg, who missed last Friday’s home clash due to an abdominal strain, and Christine Sinclair, shaken up in a collision last weekend, are back to full health and expected to start in Saturday’s road match against the Utah Royals.

Voss-Tecklenburg to take over as Germany head coach

Current Switzerland head coach Martina Voss-Tecklenburg has been named the new head coach of Germany’s national team both countries announced on Thursday. The new coach’s contract is through 2021 and includes that year’s European Championship.

“Martina Voss-Tecklenburg is an experienced and highly respected trainer and I am convinced that with her expertise and personality she is the right person to develop and successfully develop our women’s national team,” German Football Association President Reinhard Grindel said in the team’s official statement.

The 50-year-old Voss-Tecklenburg is no stranger to Germany’s national team, earning 125 caps and winning four European Championships for her country. She made the move from playing to coaching in 2008 with FCR 01 Duisburg, with whom she won two German Cups and an UEFA Cup. She took over as Switzerland coach in 2012 and led the team to their first ever World Cup in 2015.