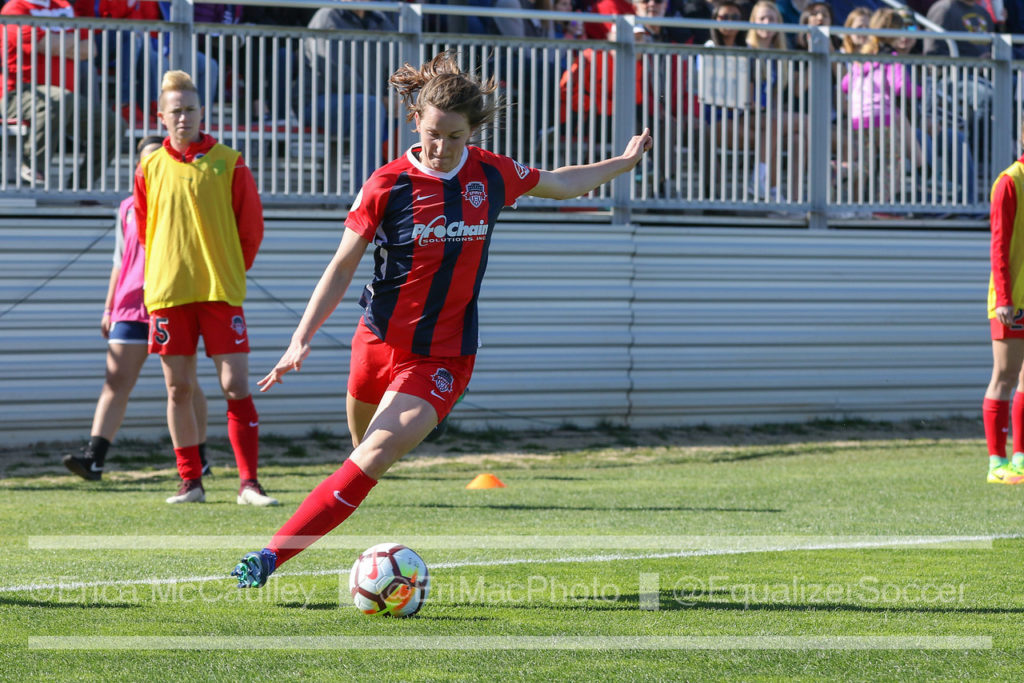 The Washington Spirit will take on the Portland Thorns at Audi Field, the brand-new home of DC United, on August 25, reports Steven Goff of the Washington Post. The 20,000-seat stadium is scheduled to open on July 14, replacing the aging RFK Stadium, and is located in southwest Washington, DC. In contrast, the Maryland SoccerPlex, which the Spirit have called home since the NWSL’s opening day, has a capacity of only 5,200 and is located 30 miles outside of DC.

DC United has played at the SoccerPlex on numerous occasions for US Open Cup matches, and the venue made its MLS debut earlier this year when DC United hosted the Houston Dynamo for their 2018 home opener.

The Spirit are 1-2-1 for the year, sitting in fifth place with four points. They host the Chicago Red Stars this Saturday at the SoccerPlex.

Honoured to be the first recipient of this award, against some of the best players not only in the country but the world. Thank you to all those who had voted for me, and to the @theofficialfwa for introducing a women’s award, shows how far women’s football has come. ☺️⚽️ https://t.co/H6w1UeaZ2J

Stoney, a centurion and former captain of England’s women’s national soccer team, was given a Special Achievement Award. The former defender retired in February and now assists Phil Neville in coaching the England WNT. She won numerous domestic cups with Charlton Athletic Ladies, and served for one season as a player-manager of Chelsea Ladies. Internationally, Stoney appeared in six major international tournaments and captained Team Great Britain at the 2012 London Olympics.

Fran Kirby was named the women’s Players’ Player of the Year. The striker scored Chelsea Ladies’ first ever Champions League goal, in October 2015, and has been with the squad ever since. Chelsea is currently in the semifinals of this year’s Champions League, having dropped a 1-3 decision to Wolfsburg in the first leg. Internationally, Kirby made her first appearance for England’s senior team in 2014 and scored in both the 2015 World Cup and the 2017 Euros.

Additionally, Kirby was named the first-ever Women’s Footballer of the Year by the Football Writers Association, a UK-based, soccer-focused media association. She won over half of the vote with the Reign’s Jodie Taylor, a former Arsenal player, coming in second. Kirby has scored 22 goals for Chelsea in FAWSL competitions this year, leading them to the top of the table and next week’s final of the 2018 Women’s FA Cup.

Huerta named Player of the Week

✌️ goals in 2️⃣ games, plus 6 shots on goal and 4 chances created. @schuerta was everywhere for @chiredstarsPR in Week 4, and is the Player of the Week as voted by @NWSLmedia! pic.twitter.com/3Jjd5Fx8lO

Sofia Huerta has been named the Week 4 Player of the Week by the NWSL Media Association. The Red Stars forward dominated the midweek game against Houston, scoring the third goal after several strong attempts. She put in a solid performance as well in Saturday’s 1-1 draw against Sky Blue FC, kicking off the scoring in the very first minute of play. It was the second-fastest Red Stars goal and fifth-fastest NWSL goal ever. Huerta has been everywhere for the Red Stars this season, stepping up in the absence of some of the team’s biggest stars, and appears well on her way to a Best XI campaign. She is tied for second in the league for goals scored with two, tied for first in the league with two assists, and is fourth on shots with 11. In five games, Chicago has picked up eight points and sits in second place.

The Lowdown: Dash, others, remain in search of first wins of 2018
Jónsdóttir making Royal name for herself in NWSL